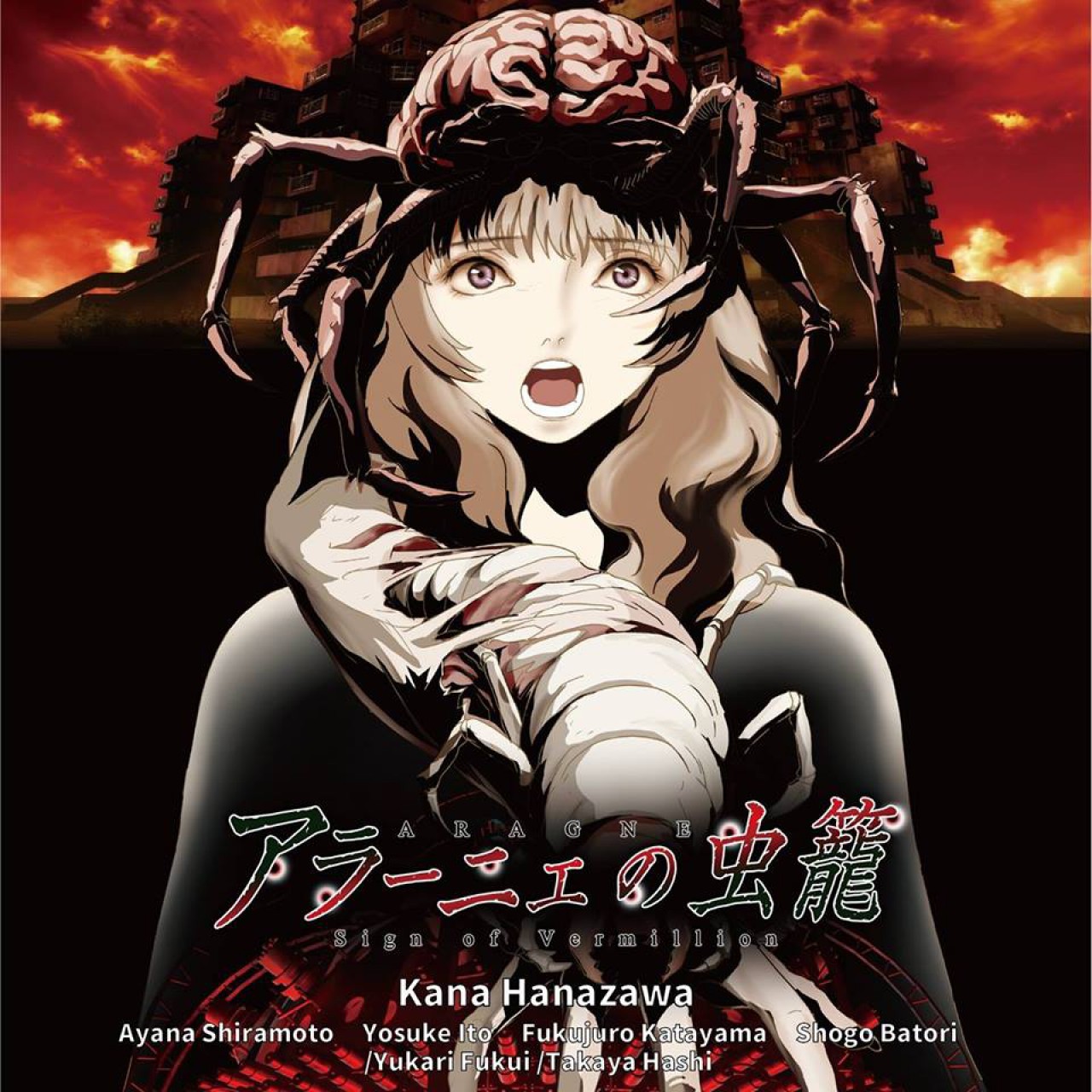 Rin, a shy and withdrawn student, has a hard time getting used to her new apartment. Is it the series of murders committed in the neighborhood by a certain Saviour, that upsets her so much and makes her see monstrous visions of giant insects ? And are these in fact really hallucinations ?

Saku Sakamoto, who worked on Ghost in the Shell 2: Innocence by Mamoru Oshii, has for the last ten years signed a bunch of short films that explore his horrific and upsetting world, a fantastic reply to the labyrinthine series Serial Experiments Lain. Associated with producer Osamu Fukutani (Suicide Manual, Locker) he returns with Aragne, his first feature film,  immediately confirming his place among the most exciting alternative animation authors.