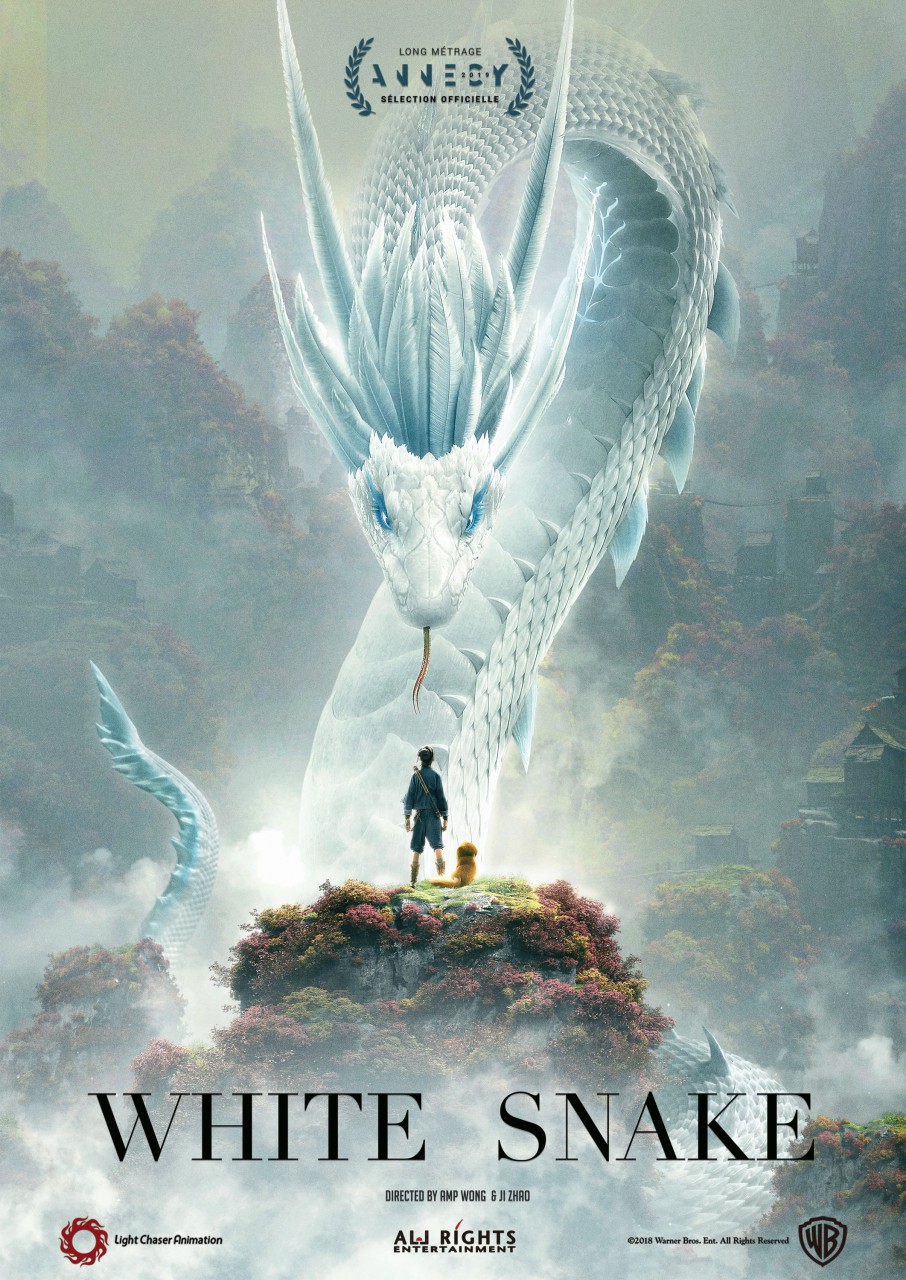 Changed into a woman, Blanca, the White Snake demon, is struck by amnesia. With the help of Xuan, she will try to regain her memory. But things become complicated when Blanca and Xuan fall in love...

A new adaptation of the White Snake legend, one of Asian culture's greatest myths. The most famous include The White Snake (1958), a Japanese animation film by Taiji Yabushita, Madam White Snake (1962) produced by the Shaw brothers, The Sorcerer and the White Snake by Ching Siutung (2011) with Jet Li and of course the sumptuous Green Snake (1993) by Tsui Hark. This one is  the Chinese studio Light Chaser Animation's version, a big success in its homeland and a sensation at the last Annecy Festival.