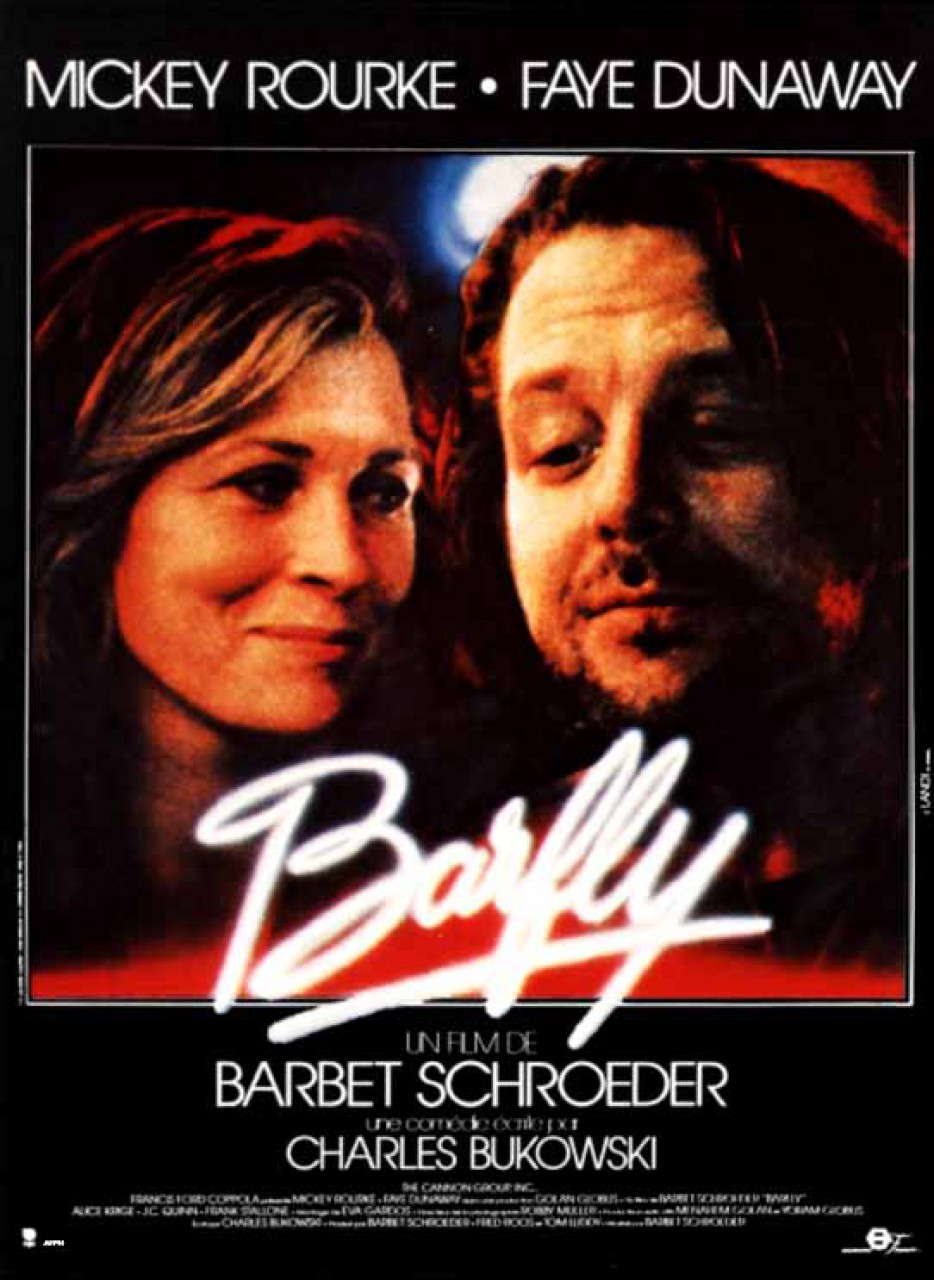 Chinaski, a notorious alcoholic, fighter and provocateur, wanders from bar to bar before regaining his shabby hotel room. One day, he meets the beautiful Wanda, also an alcoholic, and moves in with her.

Wanting to adapt Charles Bukowski's (Notes of a Dirty Old Man, or Erections, Ejaculations, Exhibitions, and General Tales of Ordinary Madness) semi-autobiographical stories and asking him to write the screenplay, Barbet Schroeder (More, Mistress) spent over 7 years building up this project, made possible by financial support from Francis Ford Coppola. A flamboyant and erratic film shot in the L.A. night, and graced by the presence of Mickey Rourke and Faye Dunaway.

He holds out his glass, I hold out my cock...well sometimes... I think?
What a pleasure to write it. To act as a free man !
Like Buk and his pen. To dare to fail publicly, thanks to you the humiliation is lessened. And nothing is said of the best of us ! I love you in this film and I love you Hank !