Brancaleone at the Crusades 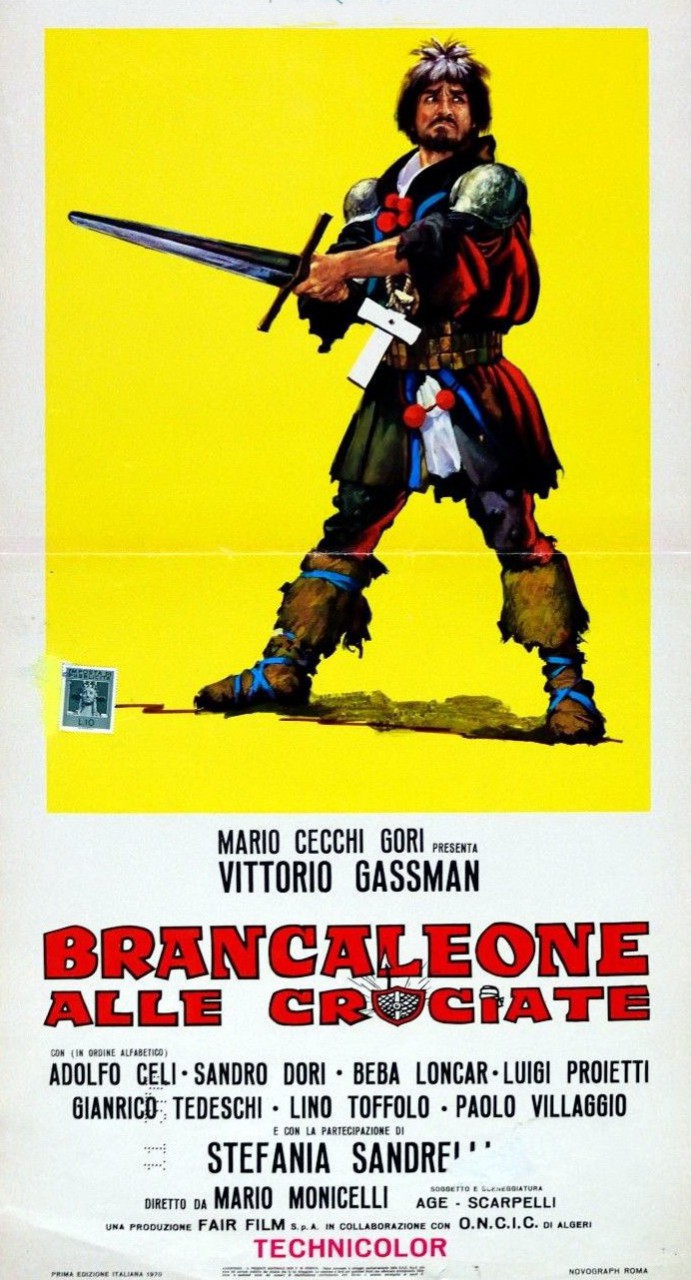 During the medieval era, knight Brancaleone clumsily leads a little army of crusaders set on conquering the Holy Sepulchre, through Italy. On the way he accumulates blunders and meets a princess, a witch and even Death...

Brancoleone, a name that has become a synonym for a bungler, is now fully integrated into Italian culture. Four years after Brancaleone's Army, Mario Monicelli revives his character, wonderfully played by Gassman, with references to Bergman or Kurosawa, for a once again hilarious and irreverent result.

A metaphysical, anarchist, eminently subversive farce, Brancaleone at the Crusades is an atypical film spawned by the incredible vitality and creativity of Italian cinema in the 60s and 70s. Like a dynamite stick casually dropped on the foundations of Italian society, of religion in general and hypocrisy in particular. Nothing resists Brancaleone's destructive innocence, played by the brilliant Vittorio Gassman, who summons and reveals chaos wherever he goes. A film for those, who like I do, appreciate joyful innocence and poetic freedom.

Brancaleone at the Crusades