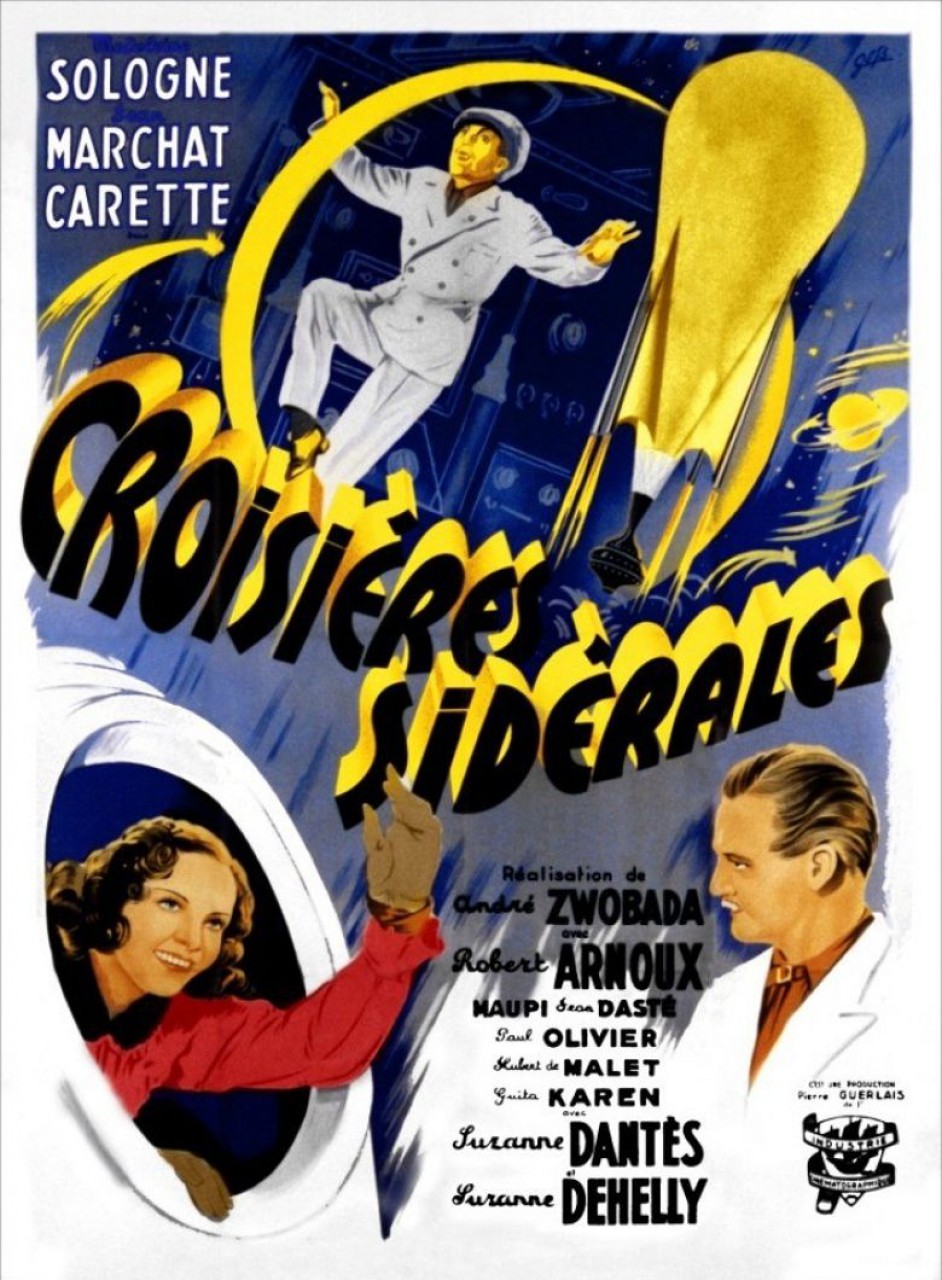 Françoise Monier, an astronaut, reluctantly leaves her husband for a space journey, accompanied by Lucien, the father of a young boy. After a few problems, they finally land. In the space ship, only a fortnight has gone by, but on Earth, as required by relativity, 25 years have passed.

Science fiction authors are often asked if they're not afraid that their writings inspired by the state of their times' science and technology, won't seem dated later. Sometimes they are, but they shouldn't.

Take Croisières Sidérales (Space Cruise), shot during the Occupation. Lorentz's equations and restrained relativity aren't dated yet. The explorers of the stratosphere pushed out into space by an accident are subjected to the normal effects of relativity, making this film an authentic work of science fiction.

This is a comedy with sharp dialog, that sometimes sounds a bit eerie considering when it was shot. With its upbeat tempo and the pleasure it takes at lampooning the media, greed and the search for celebrity, this movie, brimming with timeless cocky characters, is enchanting through its succession of wacky situations filmed with great inventivity.

It also features a scientist heroine who is her husband's equal and finds him to have aged 25 years when she returns from her space accident. Melancholy caused by the passing of time then sets in. But we're overjoyed to see that 1966 fashion trends imagined in 1941, would fit rather well in David Bowie's 1972 wardrobe.