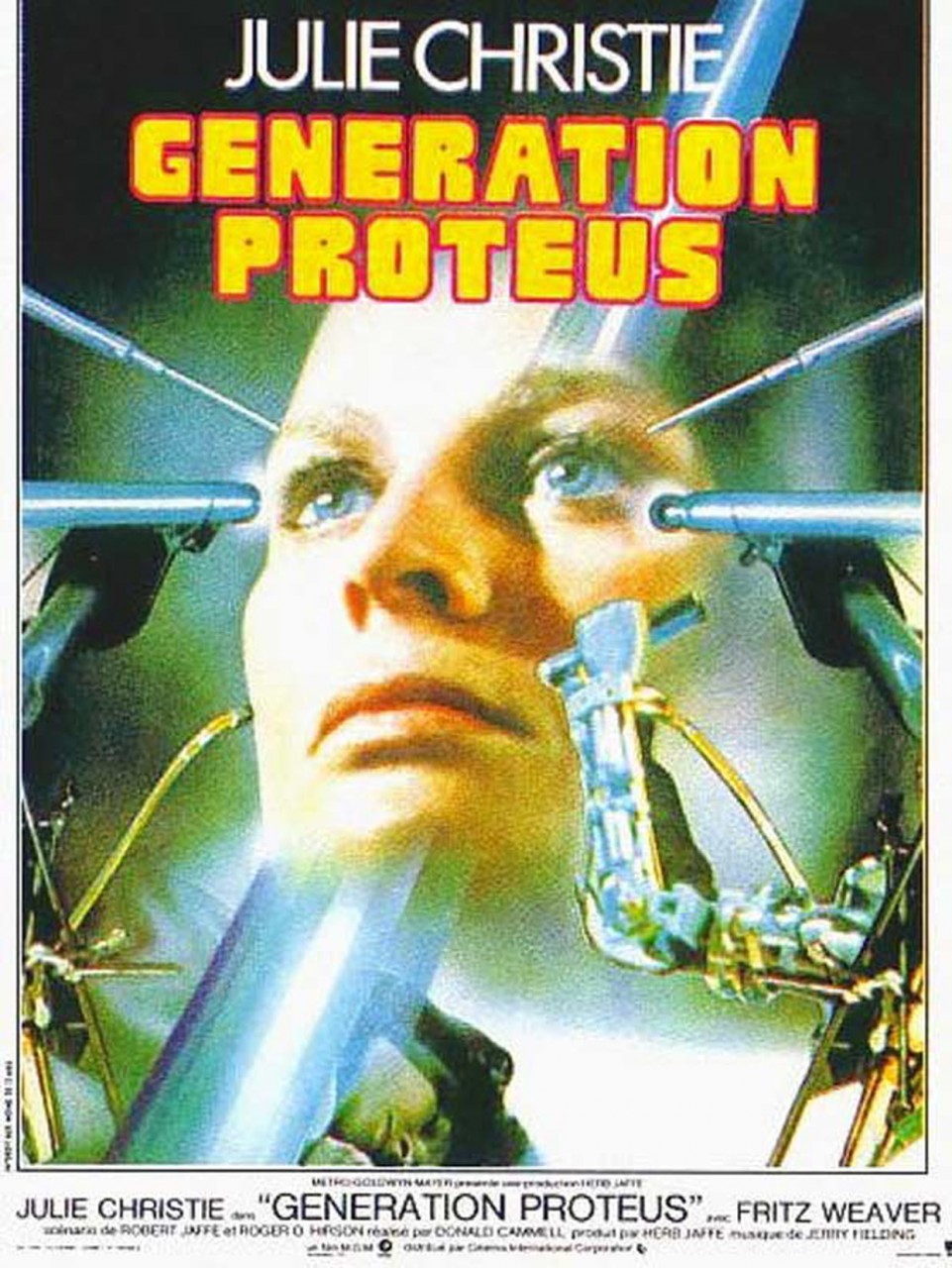 In a not too distant future, a computer scientist invents a super-computer capable of performing huge calculations that could help solve many problems. But when its creator begins to question his work's finality, the computer chooses to emancipate itself and transfers its conscience directly into the scientist's home processor and proceeds to sequester his wife Susan.

Despite its 42 years of age, this film by Donald Cammell (White of the Eye) remains incredibly modern and audacious. Beyond the prophetic representation of the machine, the philosophical issues it conveys are still pertinent today. Also incredible in this nightmare is Julie Christie's (Don't Look Back) fine performance.

This film had a great impact on me as a student. AI taking over, is a theme much more terrifying to me than zombies or forces of evil. Proteus IV is a much worse AI than HAL, it embodies itself through its robotic extensions and wants to reproduce itself. This is a domotic horror film, in which Julie Christie is held captive and abused in her own home. A rarity I wanted to share.