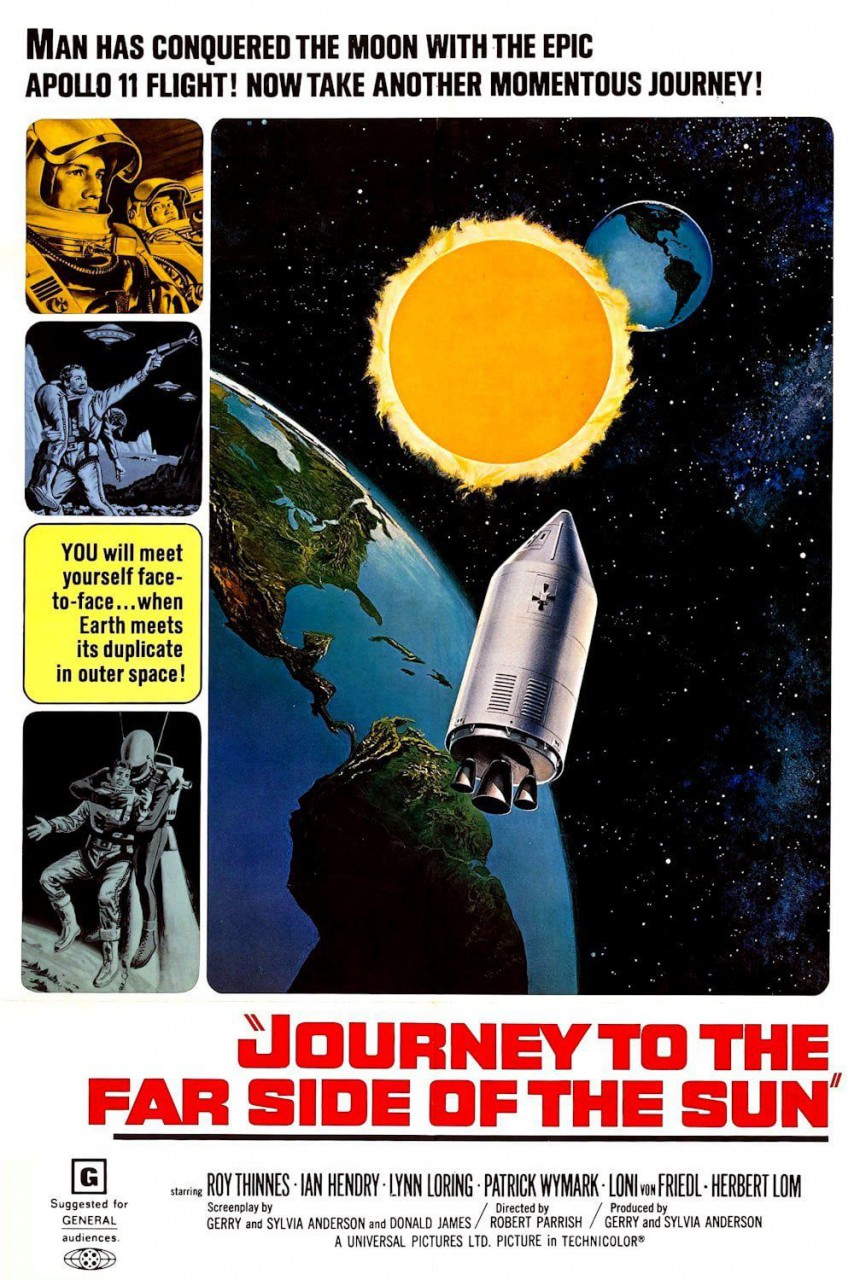 A space probe discovers an unknown planet hidden behind the sun, diametrically opposite the Earth. Two astronauts are sent to explore this new territory but things do not happen as planned...

After the success of the TV series Thunderbirds and its film adaptation, Gerry and Sylvia Anderson call upon the American Robert Parrish (Casino Royale) to direct this ambitious science fiction movie played by Roy Thinnes (The Invaders’ David Vincent) and Ian Hendry (Repulsion, Get Carter, Theatre of Blood). Though it flopped when released, this movie is today considered to be one Gerry Anderson's major achievements, foreshadowing his UFO and Cosmos 1999 series.

I wanted to see it again before showing it to you : it's the craziest science fiction film I've ever seen. So I saw it again : it makes Alice in Wonderland seem reasonable. A madman's film. Produced by Gerry and Sylvia Anderson (AKA Lady Penelope) and their usual collaborators from their "supermarionation" series. They always wrote together, Sylvia drew the costumes and spaceships, the weapons of the future, the furniture, etc. Even Japan was fascinated and one of the creators of the Sony Walkman told me their vision of the future had inspired him. Doppelgänger was their only feature film with real actors but they would do it again with the TV series UFO.