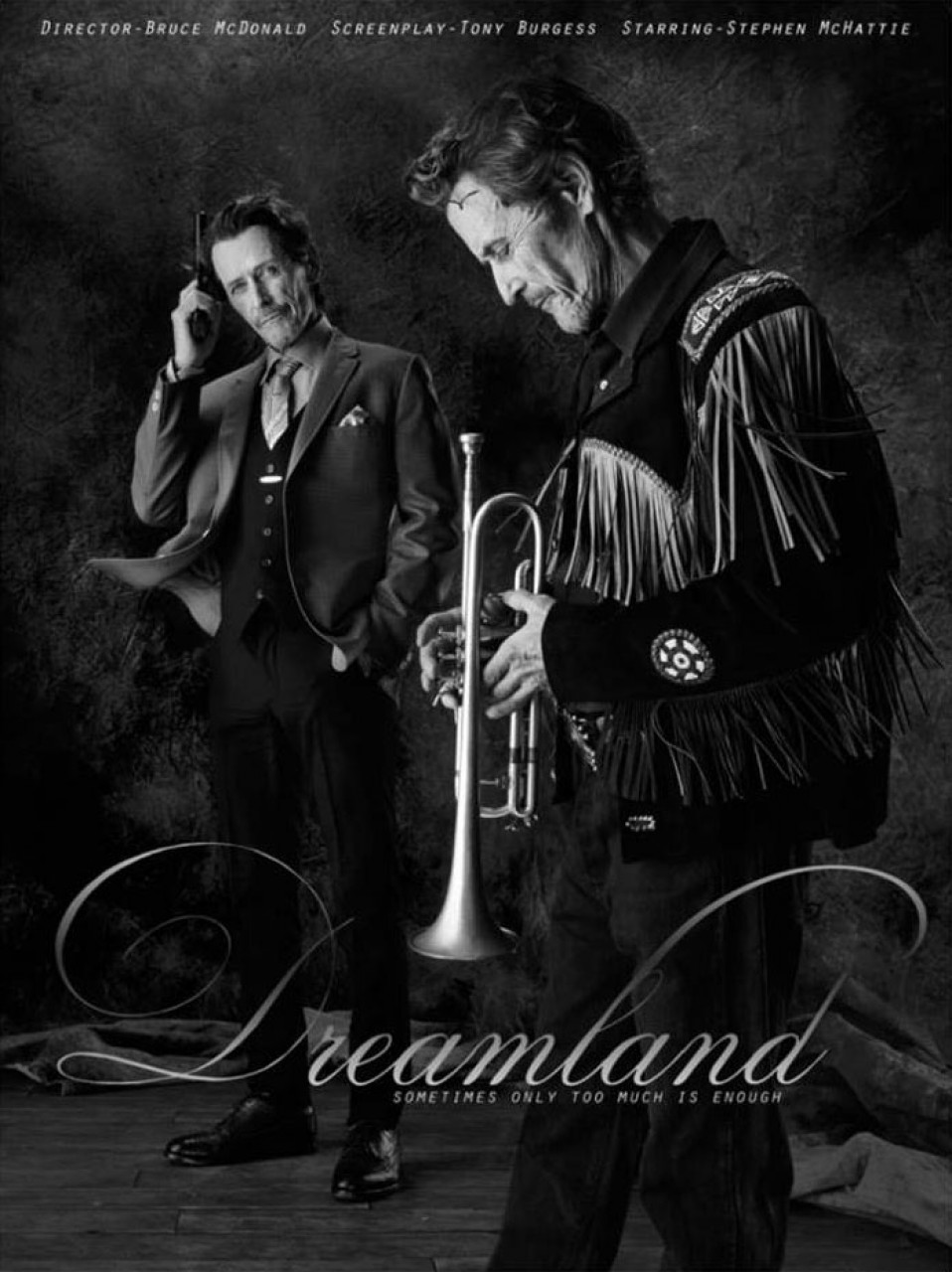 Hercules, the sadistic unpredictable mafia boss of a cabaret called Al Qaeda, hires a hitman for a peculiar mission: to cut off the finger of a jazz trumpet player who must give a concert in the area in a countess' home, to punish him for displeasing the boss.

Bruce McDonald (Hellions) directs, Tony Burgess wrote the script, Stephen McHattie (Mother!, The Fountain) holds the camera - and plays 2 roles ! - the trio of the excellent Pontypool, and now of this bizarre Dreamland, a sort of zany version of Jim Thompson and James Hadley Chase novels, graced by the presence of the great Juliette Lewis (From Dusk till Dawn, Strange Days).