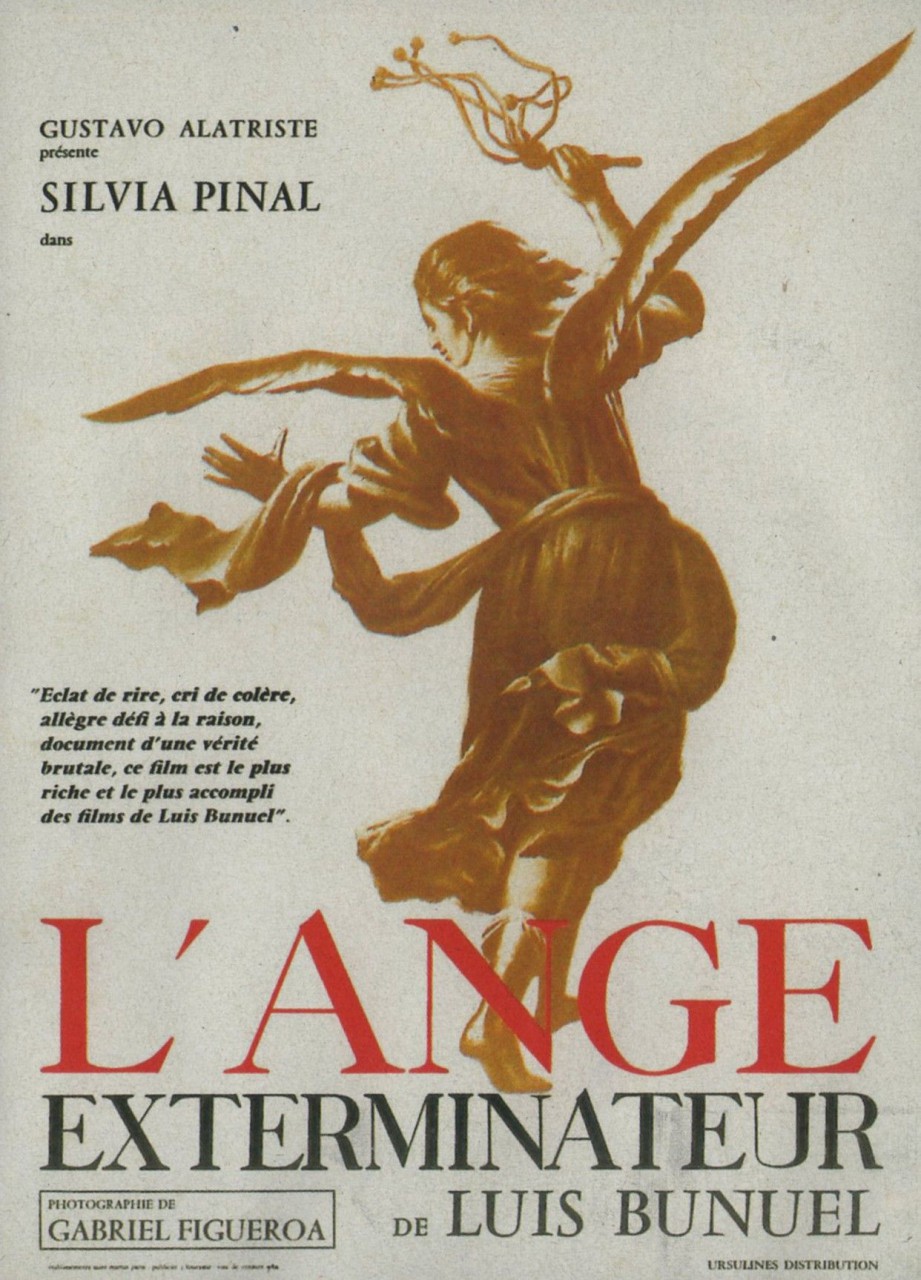 After an opera show, a bourgeois couple invites a few spectators to their home for dinner. Despite some strange incidents (the servants leave, a feeling of déja vu affects some of the guests), everything goes for the best, until it's time to leave : impossible to get out of the house !

From this simple starting point, Bunuel launches a succulent massacre game, in which he reveals the flaws of decadent bourgeoisie, and even allows himself a few savory attacks on religion. It's necessary to rediscover the Exterminating Angel, often forgotten when evoking Bunuel, if only to perceive a foretaste of The Discreet Charm of the Bourgeoisie, directed ten years later.

The Exterminating Angel (El ángel exterminador) is Mexican film by Luis Buñuel released in 1962 and it remains one of my favorites by this mythical director. Buñuel had planned shooting it in London but lacking the means to do so (despite Viridiana's large success in 1961), he chose to film it in Mexico. The original screenplay entitled "The Castaways of Providence Street" became a film that not only marked my youth but that continues to impact my filmmaking.

Even if several readings of the movie have been suggested by different critics over time, as Silvia Pinel (Buñuel's fetish actress and Mexcian star in those days) put it : "To this day I don't know what this film is about." It's a joy to finally see it on a big screen. Thanks to L’Étrange !