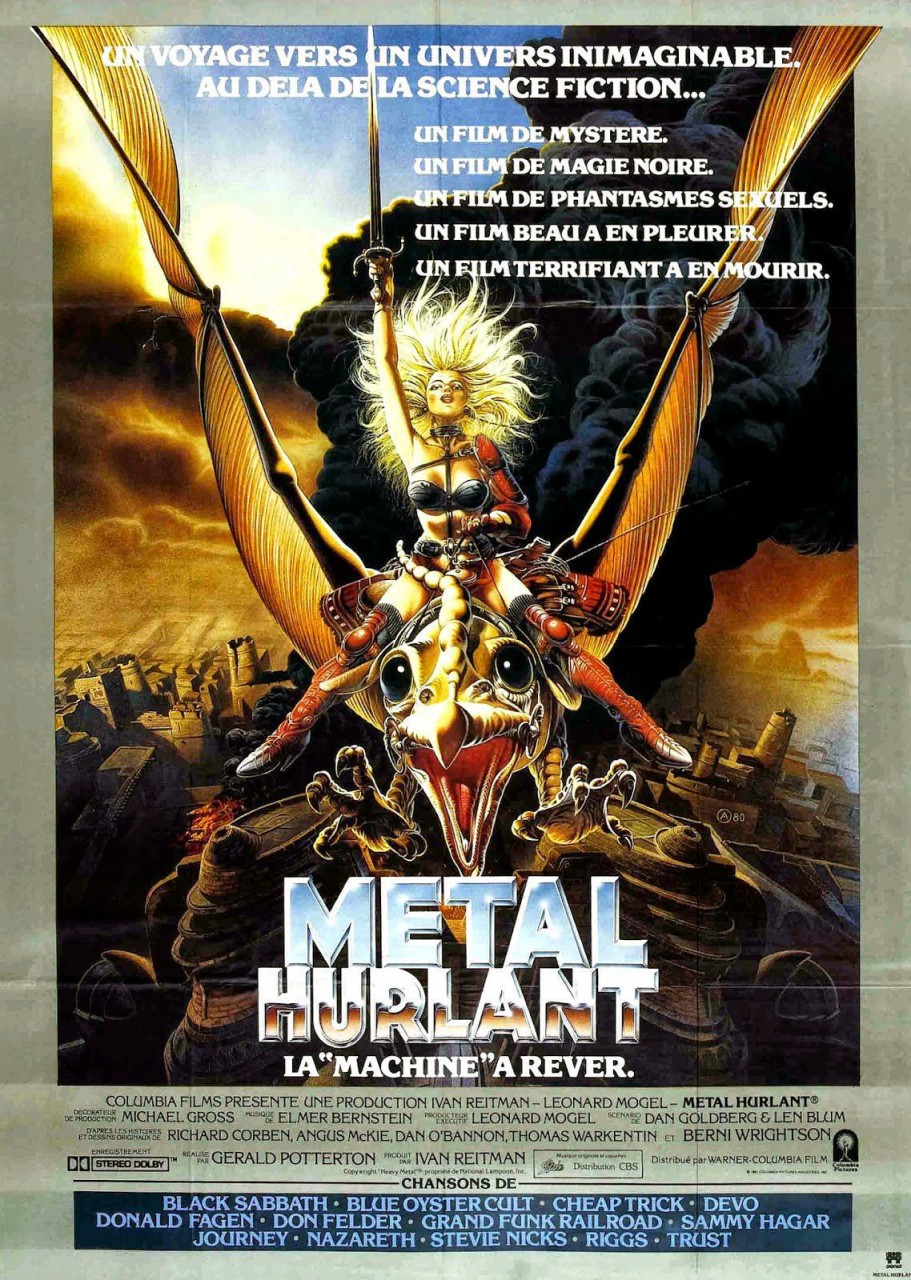 An astronaut brings home a green sphere called the Locnar, that reveals some of its adventures.

From 1975 to 1987, magazine Heavy Metal regrouped the top of the crop of international drawing artists. This anthology movie in the spirit of the magazine, produced by director Ivan Reitman (Ghost Busters), also a contributor to David Cronenberg's Rage a few years earlier, is a selection of the best 80s science fiction : powerful imagery, an offbeat tone, stories by the greatest authors of the times (including the immense Dan O'Bannon), a rock soundtrack (Trust, Devo, Black Sabbath), space never was so cool.

Choosing a film gives me the opportunity to speak of the French magazine from the 70s and 80s, 'Métal Hurlant' and more generally of a time of mad creativity when artists like Druillet, Caza, Moebius, to name a few, gave science fiction a new more grown up graphic representation, and unlimited artistic freedom. Without having the pretension to compare myself to these illustrious creators,  with Blood Machines I've tried to create a film that ignores norms and that remains as artistically free as possible. This desire had a human cost because institutions are not too happy to financially support this sort of endeavour... In the same way, Metal Hurlant and all the artists around it, suffered much criticisms and difficulties in their day to bring their ideas to life, but are today running through the veins of many major science fiction works. The movie Heavy Metal gives a glimpse of this spirit of freedom... It's sometimes violent, with no sexual taboos, narratively unsettling, but always graphically and artistically powerful.