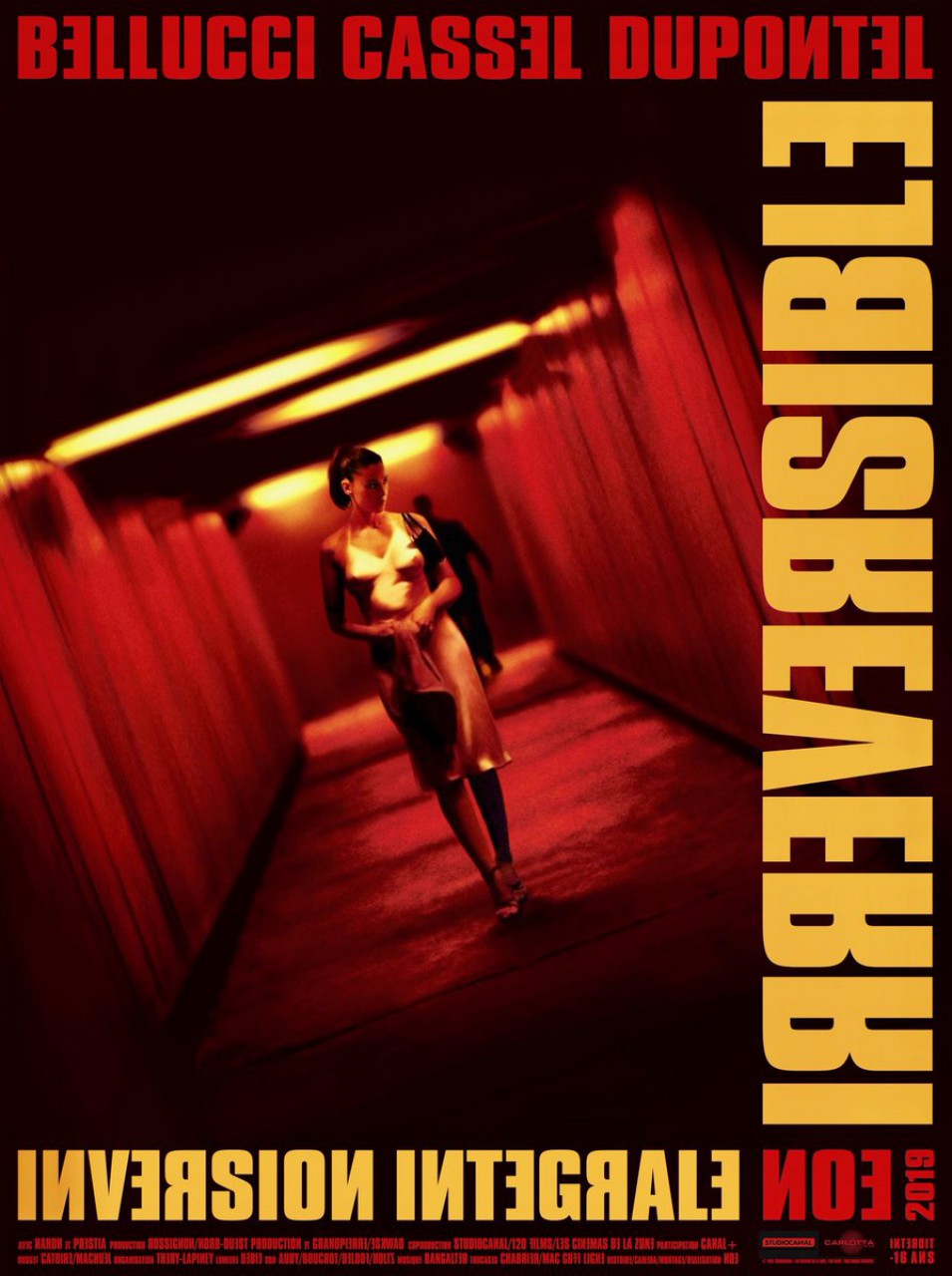 Alex and Marcus are an ordinary couple. But when Alex is raped in an underground passage, Marcus starts out on a revengeful rampage, accompanied by his friend Pierre who tries to reason with him...

Is it still necessary to present Irreversible, the notorious movie that shocked many a viewer and introduced Gaspar Noé (I stand alone, Enter the Void, Climax) to a wider audience ? What better opportunity than this 25th edition to present this brand new alternative version, that as its title suggests, is a new cut, built following a chronological timeline. A new experience that gains in darkness while still retaining its pertinency.

Why this film? Because the original version was in reverse time, and because, overwhelmed by the anti-chronological cut, many viewers hadn't understood some aspects of the story. Shown in clockwise order, everything is clearer but darker. No dialog was left out, nor any event in the plot. That's why this version is called Integral Inversion or straight cut. Until now Irreversible was a voluntary head wringer. Now it's a diptych, like an old LP where the B side is a less conceptual remix of the A side, but this time with more audible voices making the meaning of the lyrics more fatalistic. You'll see. Time reveals all.