Meshes of the afternoon + At land + Divine Horsemen : The living gods of Haïti 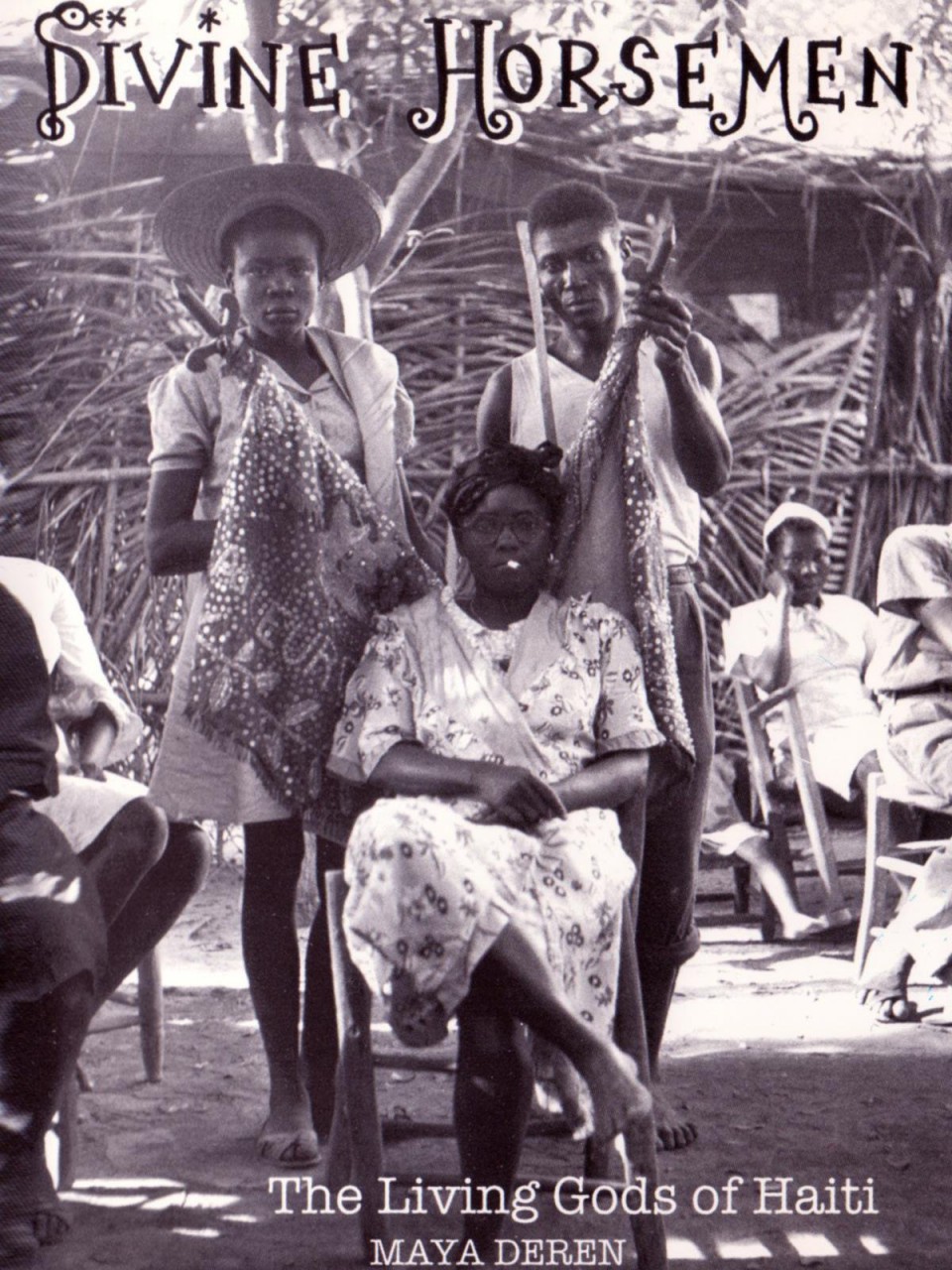 Inspired by the surrealists and the films of Jean Cocteau, Maya Deren starts her career in 1943 with Meshes of the Afternoon. Strengthened by this first success, in 1944 she directs At Land, a roam on New York beaches that may have inspired Bergman for his Seventh Seal. From 1947 to 1954 in Haiti, she shoots voodoo rituals, underlining her passion human choreography. Prematurely deceased in 1961 at the age of 44, the film remained unfinished until 1985, when some close friends decided to finish her project Divine Horsemen.

Maya Deren has for a long time been a filmmaker that inspires and fascinates me.

A filmmaker with a transcendental style - precisely with the signification Paul Schrader mentions in his manifesto-book on the work of Ozu, Bresson and Dreyer. Her films touch the unthinkable, the imperceivable, the spiritual abstractions we cannot put into words. I'll go even further : she embodies things beyond our understanding - like eternity, death, non-being, nothingness.

Her cinema is the opposite of the one we know, almost its negation. It makes us lay a finger on a reality foreign to our own existence.

It's as if she gave us a glimpse of a play from the backstage and that we discovered an empty stage. Or as if the main character didn't know his lines anymore, nor the part he's supposed to play. This strange sensation is something I try to create in my own films and that I frequently find in Maya Daren's work.

The spiritual dimension of her cinema has never been so present as in Divine Horsemen: The Living Gods of Haiti. We know the importance of rituals in Voodoo ceremonies and Deren's films work exactly on the same level : they move forwards following their own rules, they are like rituals of their own.

Likewise, Meshes of the Afternoon and At Land - with their discontinuous narration, visual composition and editing - make up a sort of curious puzzle, once again obeying its own mechanics. Nothing is a coincidence, everything is symbolic. But where is the meaning?

To be overtaken by something that keeps escaping from you is a feeling with which I am extremely familiar. In a way I feel quite at home with Maya Deren.

Meshes of the afternoon + At land + Divine Horsemen : The living gods of Haïti