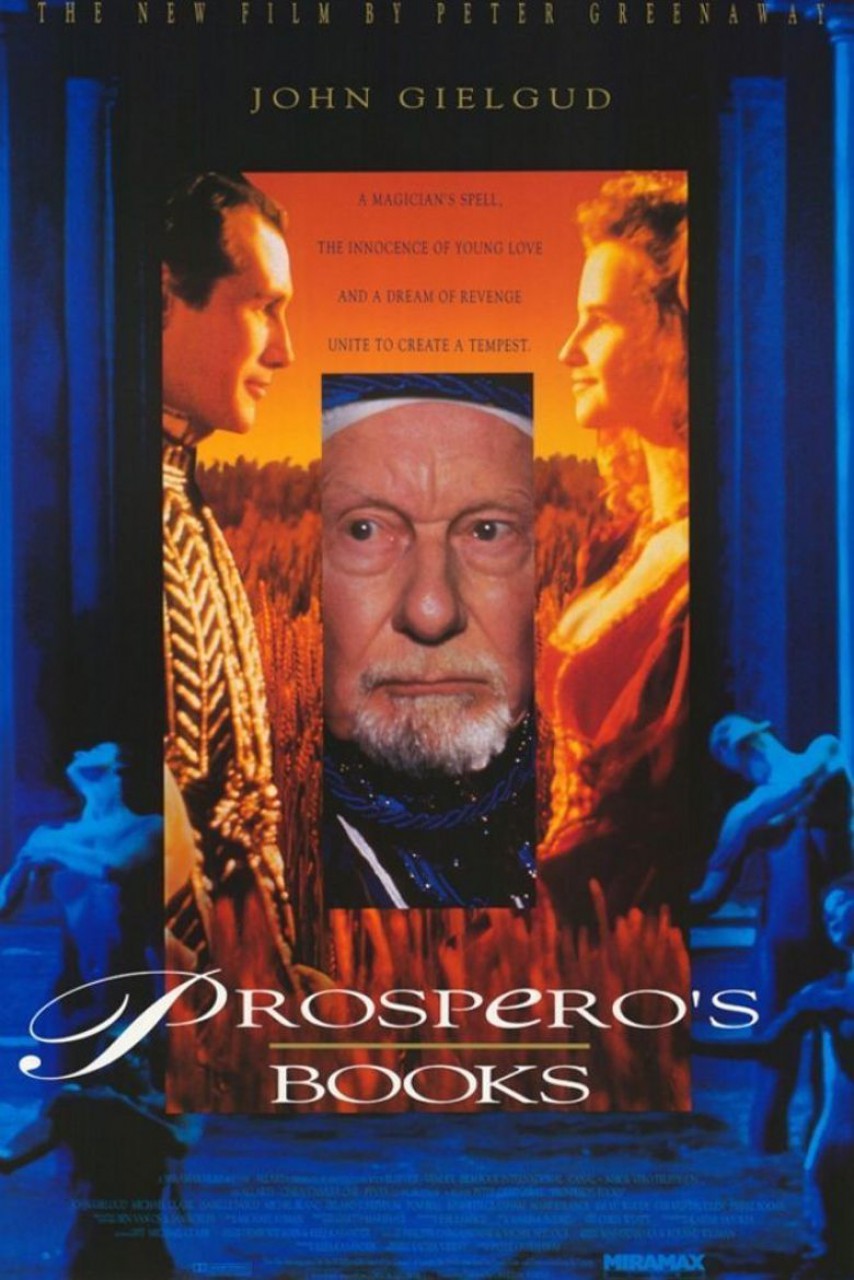 Prospero, the former duke of Milan, has been living in exile on an island with his daughter for the last 12 years. Surrounded by strange creatures, he foments a plot to take revenge on his enemies.

Claimed to be unadaptable and difficult to understand, The Tempest is one of Shakespeare's hidden treasures. It took all of Peter Greenaway's (The Draughtsman's Contract, Zoo) talent to take it on and create a series of incredible living paintings full of his usual creative freedom. Lost between The Cook, the Thief, His Wife & Her Lover and The Baby of Mâcon, two of Greenaway's masterpieces, Prospero's Books should urgently be rediscovered and reevaluated.

Around 2008, I met the avatar of artist Saskia Boddeke in the persistent world of Second Life where she showed her virtual art immaterial creations. Her avatar told me on a chat that her husband Peter Greenaway had said that "Since Second Life exists, cinema is dead". I then remembered his 1991 film Prospero’s Books, formally very much inspired by the Renaissance's experiments with perspective. The invention of perspective transformed the canvas into an open door into the virtual space of make believe, and the Renaissance blossomed into a generous profusion of immersive conceptual hyper-realism inhabited by gods, sorcerers, and fantastic demons, that also inspired Peter Greenaway's Prospero’s Books. In the 21st century, metaverses, by opening wide the doors of an infinite cyberspace, have given, via digital avatars, a massive access to a new kind of  interactive and immersive dramas, of which Prospero’s Books is for me the machinima herald of our daily dystopian concentrationary future, dematerialized in wide open utopian baroque spaces inhabited by excessive virtual and bombastic chimeras.