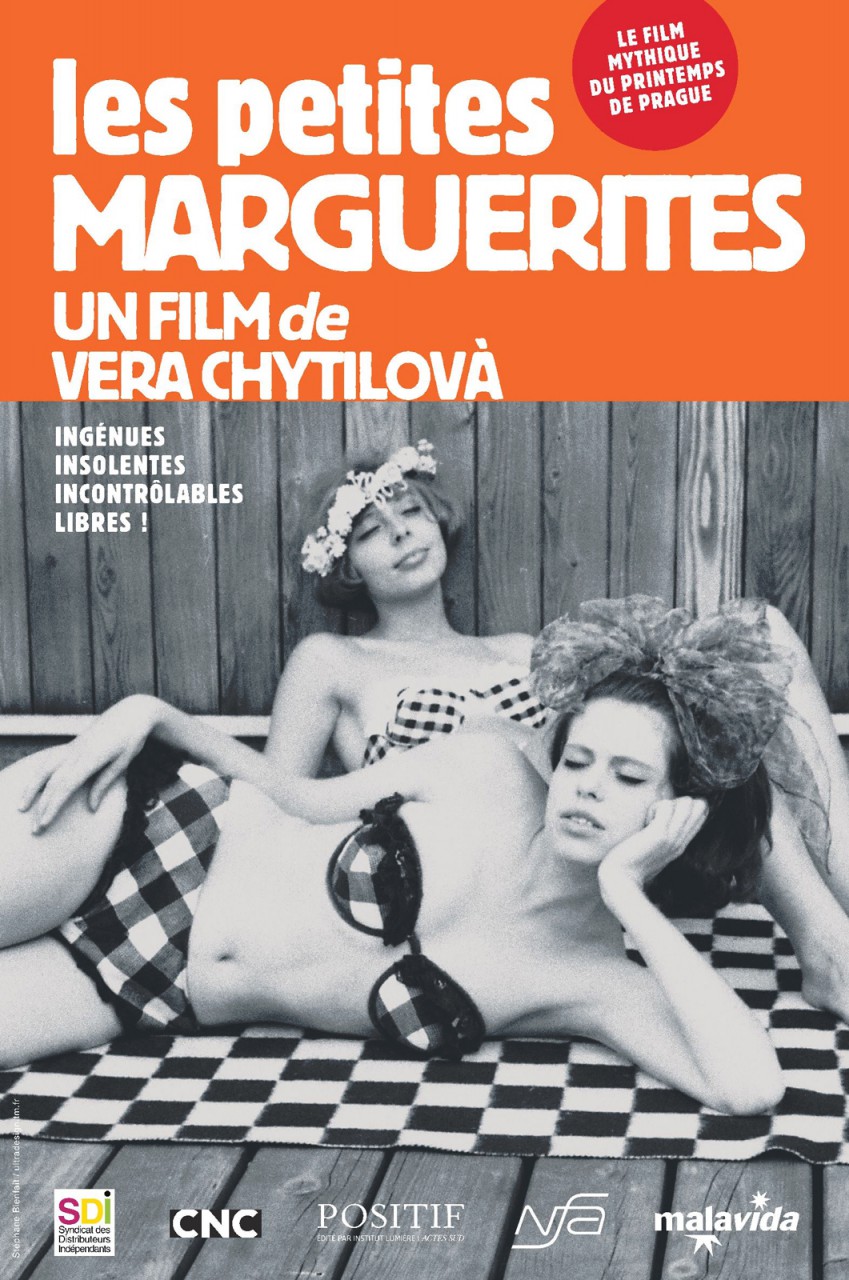 Two pretty young girls, Marie 1 and Marie 2  fight their boredom by seducing old men to be invited to the restaurant. But that doesn't really do it. They don't like the world they live in? Very well. They choose to spread chaos and mayhem.

Vera Chytilová, a marking figure of Czech new wave directs this shocker, her second film, a sort of feminine Fight Club. Behind the rantings of its two young actresses, behind its magnificent and colorful formal attire, hides certainly one of the most violently nihilistic charges against the times, so it was quickly censored in the USSR, while the rest of the world discovered this gleeful bomb with stupor.

I've chosen to present Vera Chytilova's Daisies, a Czech movie from 1966 that I discovered in 2012 in the racks of a video store in Brazil.
It tells the wild and improbable adventure of two young girls left to fend for themselves in a big empty house.