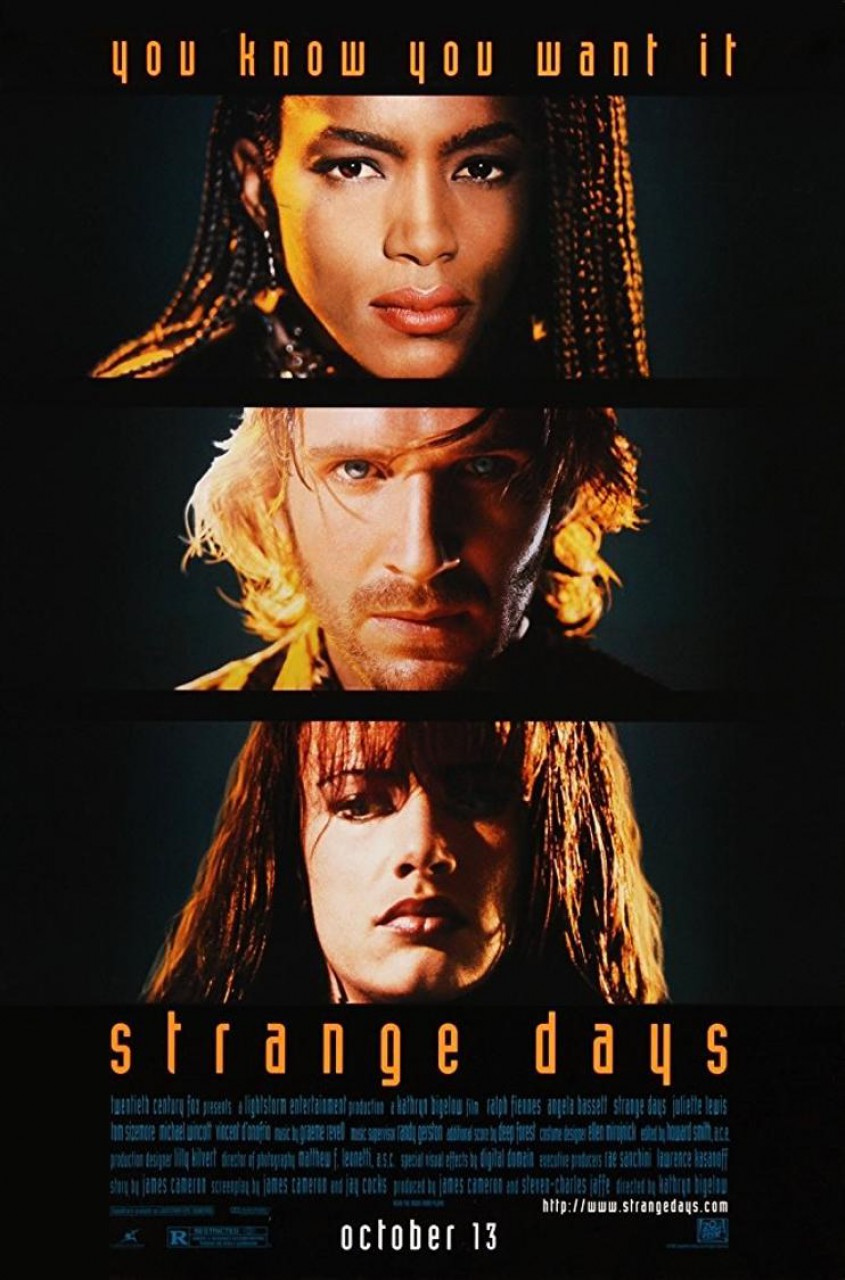 As the world is about to celebrate the arrival of the year 2000, an ex cop has become a dealer of a technodrug called SQUID that enables the user to live and feel another person's life and feelings. One day he receives a disc made using this drug that shows the murder of one of his friends.

A big flop when released, Strange Days almost put an end to Kathryn Bigelow's (Point Break, Zero Dark Thirty) career. It has since fortunately been reevaluated, and this futuristic thriller is now considered a cyberpunk classic. To be rediscovered on a big screen !

A twisted love triangle between Mace, Lenny and Faith, a superb soundtrack (Skunk Anansie)... Just before the year 2000, a city on the brink of civil war, a violent racist police, a depressive character obsessed by memories of his ex, a woman cop in love with a loser... A visionary 80s film, denouncing racism and the then nascent addiction to technology.