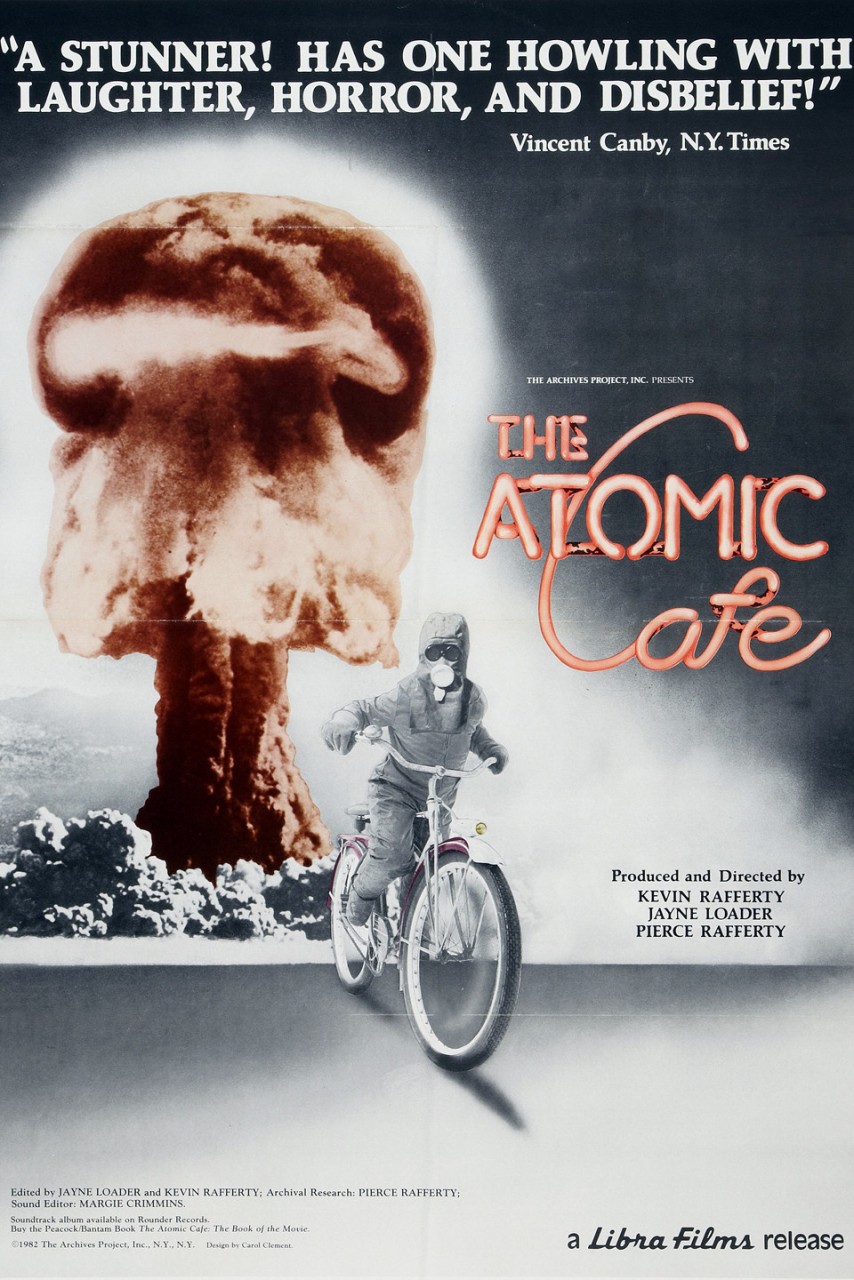 It's often said that living in fear breeds a people's docility. It's surely to prove this point that Jayne Loader, Kevin Rafferty and Pierce Rafferty edited dozens of hours of diverse images - ads, TV shows, educational films, government archives - testifying of the threat of possibly imminent nuclear warfare and the fear of the atom bomb.

A fascinating document, in turn anguishing, absurd or hilarious, recently selected by the Library of Congress for conservation in their national film register for its historical and cultural significance.

You like musicals, gas masks, pinups, fallout shelters? Then you shouldn't miss "The Atomic Café" ! Every historical period has its own psychosis. The years 2010-2030 will be remembered for our fascination with economic breakdown and climate change. In the shape of a "cut-up" of propaganda films, newsreels, and adverts, "The Atomic Café", supported by a dynamic soundtrack, takes a humorous, sharp, cruel and irreverent look at the American obsession with nuclear annihilation in the 50s.

It's often useful to look back to better understand our present times and how their perception is manipulated, and this is achieved by this great "horror comedy".