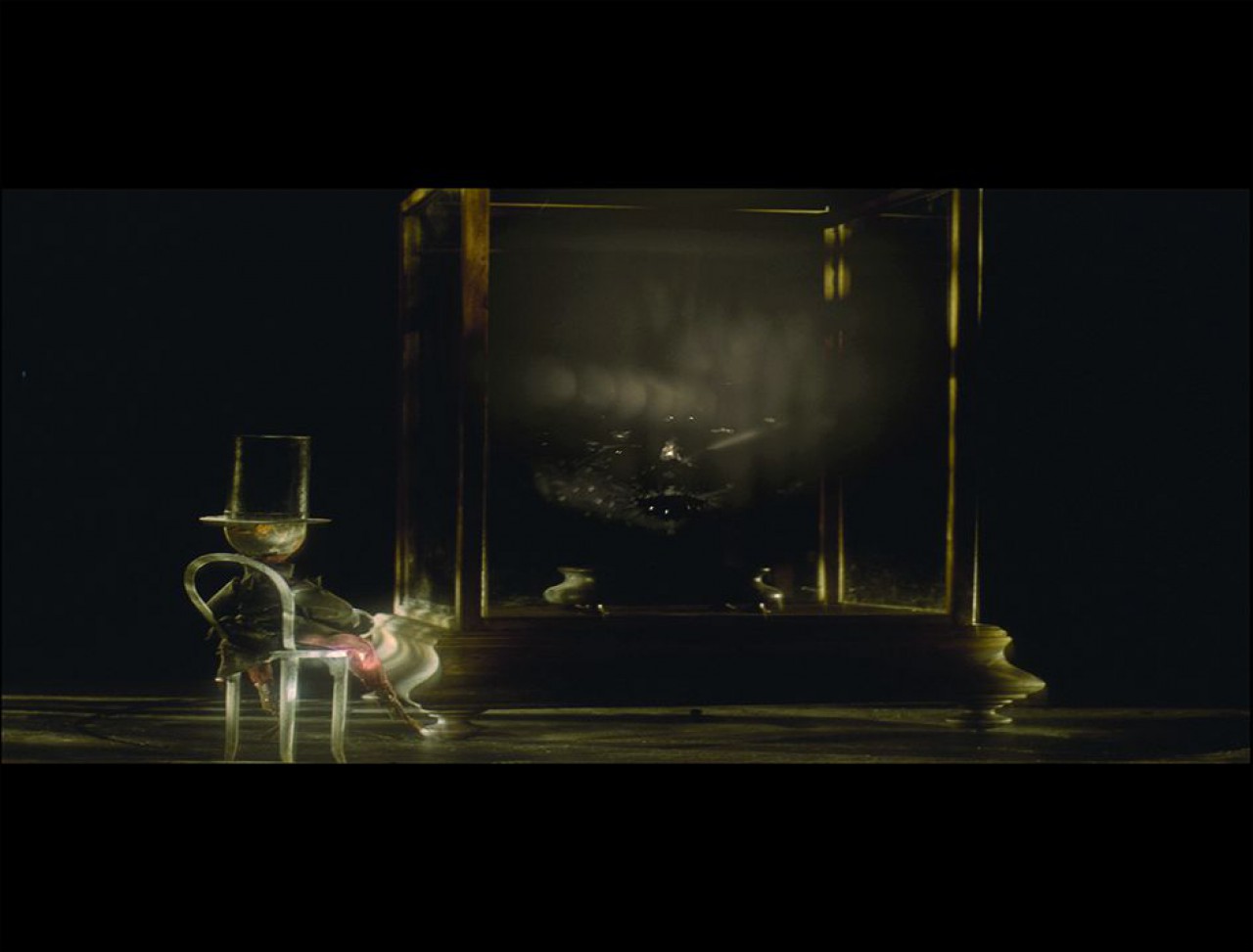 Afraid of losing his wife, Horatio creates a replica he calls Hortensia. But things don't go as planned...

Here's the much anticipated return of the Quay Brothers (The Piano Tuner of Earthquakes), the two animation geniuses admired by personalities such as Terry Gilliam (Brazil) and Christopher Nolan (Inception, Interstellar). The latter is also the producer of this brand new 35mm project, inspired by The Hortensias, the troubling short story by Felisberto Hernández, in which a man dresses a giant doll, tipping into insanity when he starts preferring her to his wife. An ideal subject for our two adepts of upsetting, enchanted and Kafkaesque animation, who give us one of their best films, followed by the rescreening in 35mm of their splendid first feature film, a grandiose adaptation of Robert Wasler's novel, that looks like a nightmarish take on the fairytales of our childhood.