The little girl who lives down the lane 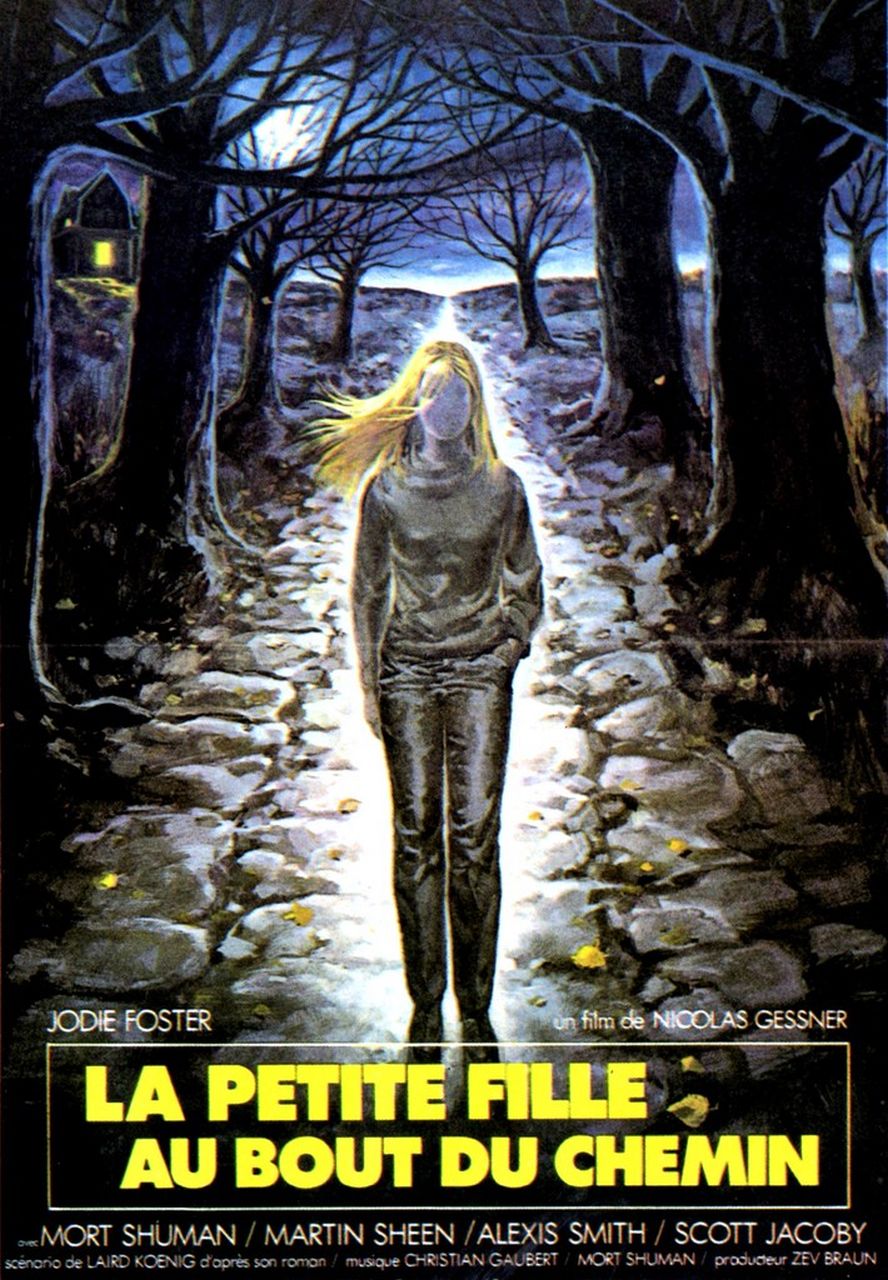 After her father's mysterious disappearance, Rynn ,13 years old, lives alone in a large manor and tries to conceal his absence. But Frank Hallet, the landlord's son, is clearly very interested by Rynn...

This script, adapted by Laird Koenig (The Children are Watching) from one of his novels is directed by Nicolas Gessner, a Swiss filmmaker responsible for a few nuggets such as Diamonds are Brittle,The Blonde from Peking or the psychological thriller Someone Behind the Door. With Little Girl, he signs one of his most venomous films, definitely confirming Jodie Foster, who had just finished Taxi Driver, as an actress.

A strange feature film adapted from a strange short novel, melancholic and bewitching : when you watch The Little Girl Who Lives Down the Lane, you can't tell if you're watching an apprenticeship film, a horror film, a thriller, a teenage love movie, a feminist movie...You don't know what you're seeing, but it's very upsetting. Rynn; a 13 years old girl, (played by Jodie Foster) lives alone in a large house. Her father is dead but she pretends he's still alive. People mean her harm - especially Frank, the landlord's son (played by Martin Sheen) and the landlord herself, Cora, whom Rynn decides to get rid of... She also meets a young magician, Mario, who wants to help her. The Little Girl Who Lives Down the Lane, is neither Catcher in the Rye, Carrie or Sans Famille (Nobody's Boy), but its plot takes a bit from all of these and in turn generates its own imprint and its own mythology. It's the kind of film you talk about 15 years later still not understanding what it meant.

The little girl who lives down the lane