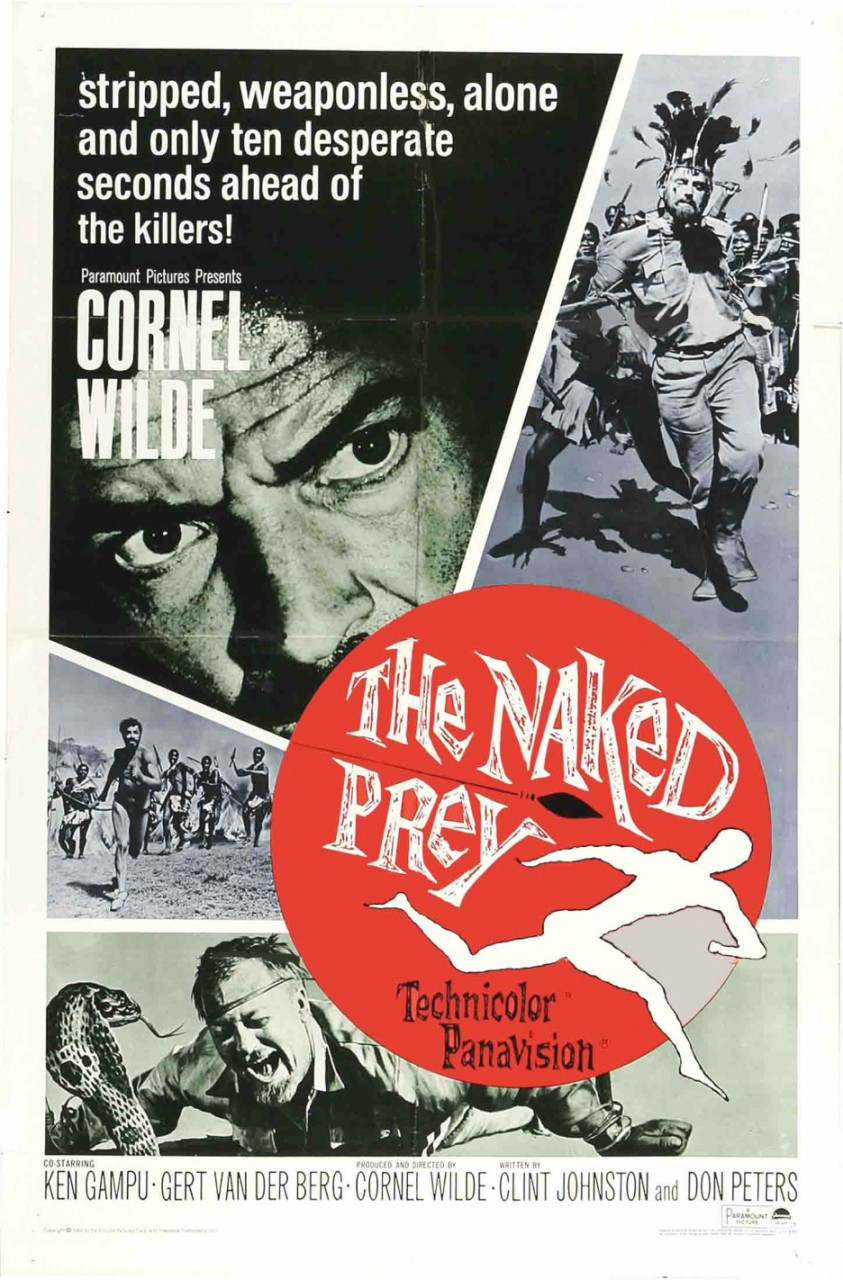 During a safari in South Africa, a group of hunters, ignoring their guide's advice, refuse to pay the tribute demanded by a local tribe. The tribe warriors then attack and torture the hunters and decide to give their guide a few hours headstart before they hunt him down.

Seen in The Great Escape, Amber and The Big Combo , actor Cornel Wilde directed The Naked Prey, superbly adapted from stories by John Colter. This breathtaking and visceral hunt has lost none of its power and remains a reference for filmmakers such as the Coen Brothers, Mel Gibson or John McTiernan.

I saw it at the Eldorado theater in Livry-Gargan.

It blew my mind : a realistic take on The Most Dangerous Game, as it was partly based on Americans Lewis and Clark expedition into Indian territory, transposed to South Africa. It reveals the recipe to roast skewered white men baked in clay. The producer, director and lead actor is Cornel Wilde, a charming actor who directed a few movies at the end of his career, like Beach Red, one of the bloodiest war films ever made.

A terrifying and breathtaking survival movie, sometimes equalled but never surpassed in terms of sadistic cruelty. Set in an unvarnished South Africa, showing how the colonizers' violence triggered that of the natives. Just after Zulu, shot almost at the same time, long before Zulu Dawn and Shaka Zulu, it portrays these magnificent warriors, who for a while stood up to the British army, hunting down a single unarmed man : no one would want to be in his place.