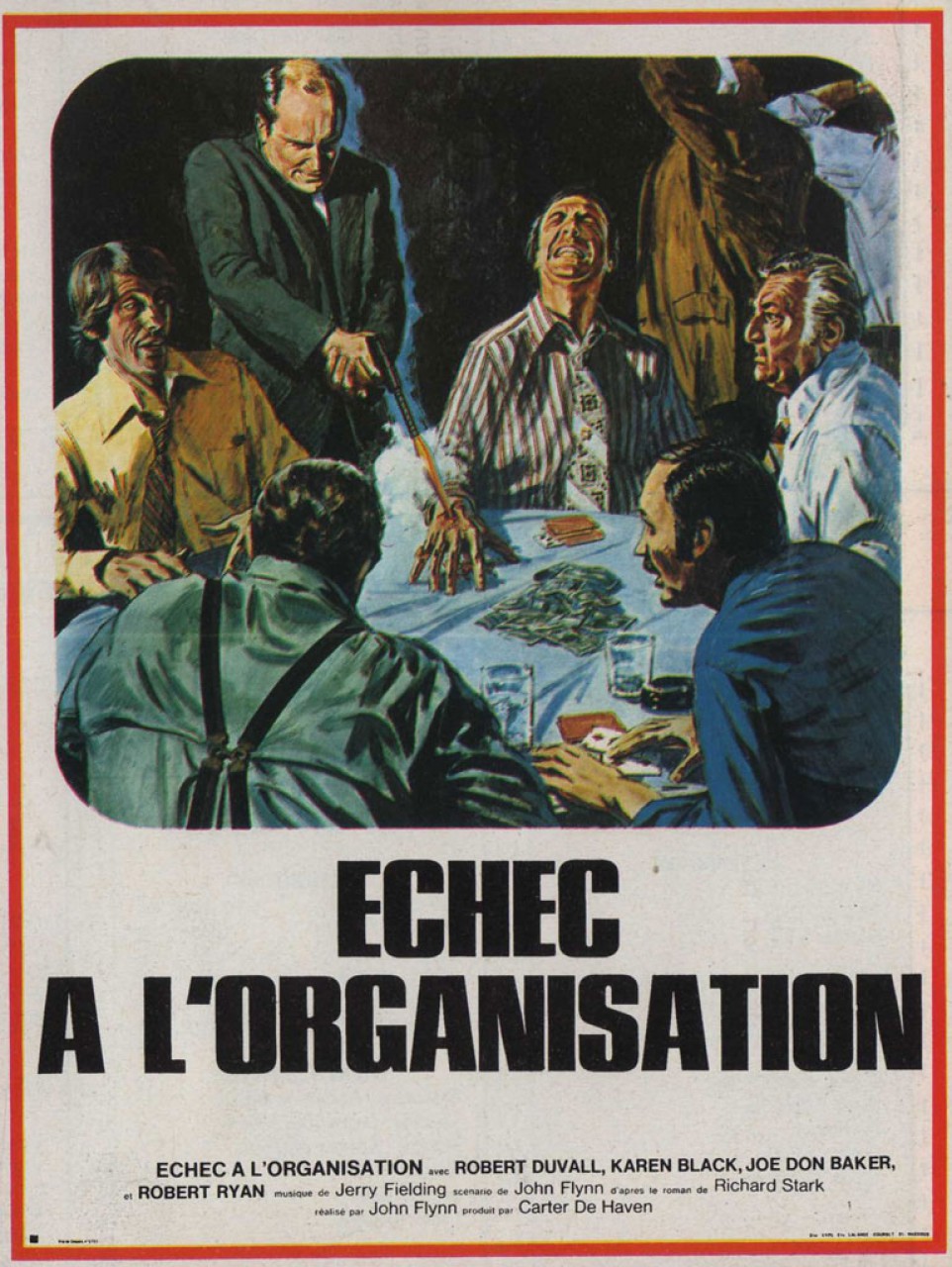 Just released from jail for a bank robbery, Macklin learns that his brother who was his team mate in the heist, has just been murdered. He soon understands the bank was part of an organisation, and along with Cody, another member of the gang, sets off on a bloody vengeance spree.

Donald Westlake's novels, here under the alias Robert Stark, have often been adapted for the screen.  Among the most successful are Made in USA (Godard), Point Blank (Boorman), The Ax (Costa-Gavras) or this film by John Flynn (Rolling Thunder,  Lock up), a noir gem lost between classic American cinema and the then fashionable New Hollywood films.

The Outfit, like Sam Peckinpah's The Getaway or Don Siegel's Charley Varrick to name but those two, is one of those American movies where well to do morality is forgotten, where the beloved woman is often sacrificed, and her body must be disposed of, it's all very macho. They're movies to be eaten, just to tell the doctor and his diet to go to hell, movies totally made for the joy of feeling immortal.