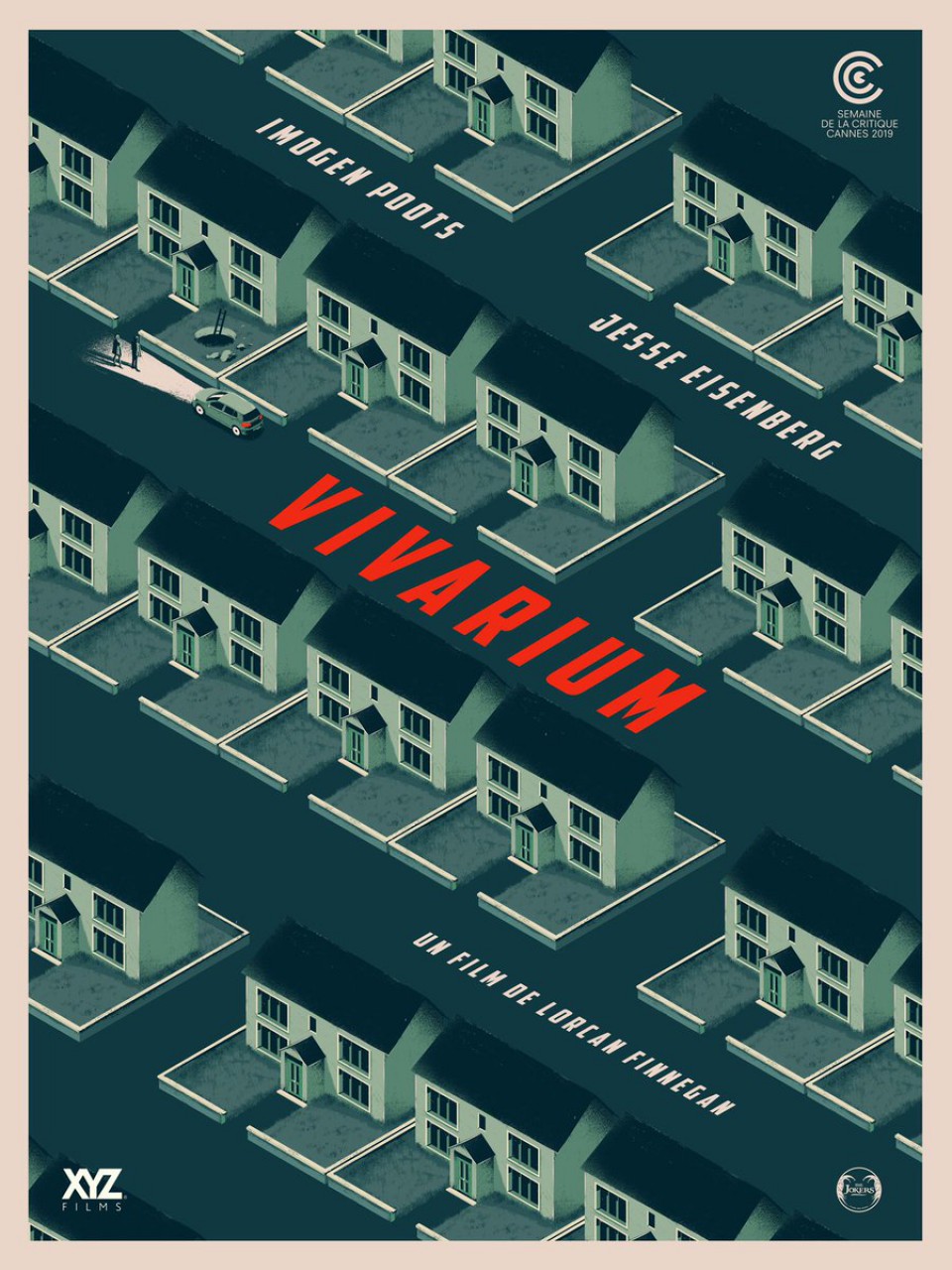 Gemma and Tom, a young couple looking for a new home are led by a wacky real estate agent to an empty and dreary lot.. When the agent disappears without a warning, the young couple find it impossible to leave.

Filmmaker Lorcan Finnegan reunites with his co-writer Garret Shanley after Without Name for a new unsettling cerebral experience, reminiscent of both The Twilight Zone series and The Truman Show. Headed by Jesse Eisenberg's (Justice League, The Social Network)  and Imogen Poot's (Green Room) solid performances, this powerful film with a simple starting point and a strong concept, was a sensation at the last Cannes Film Festival.