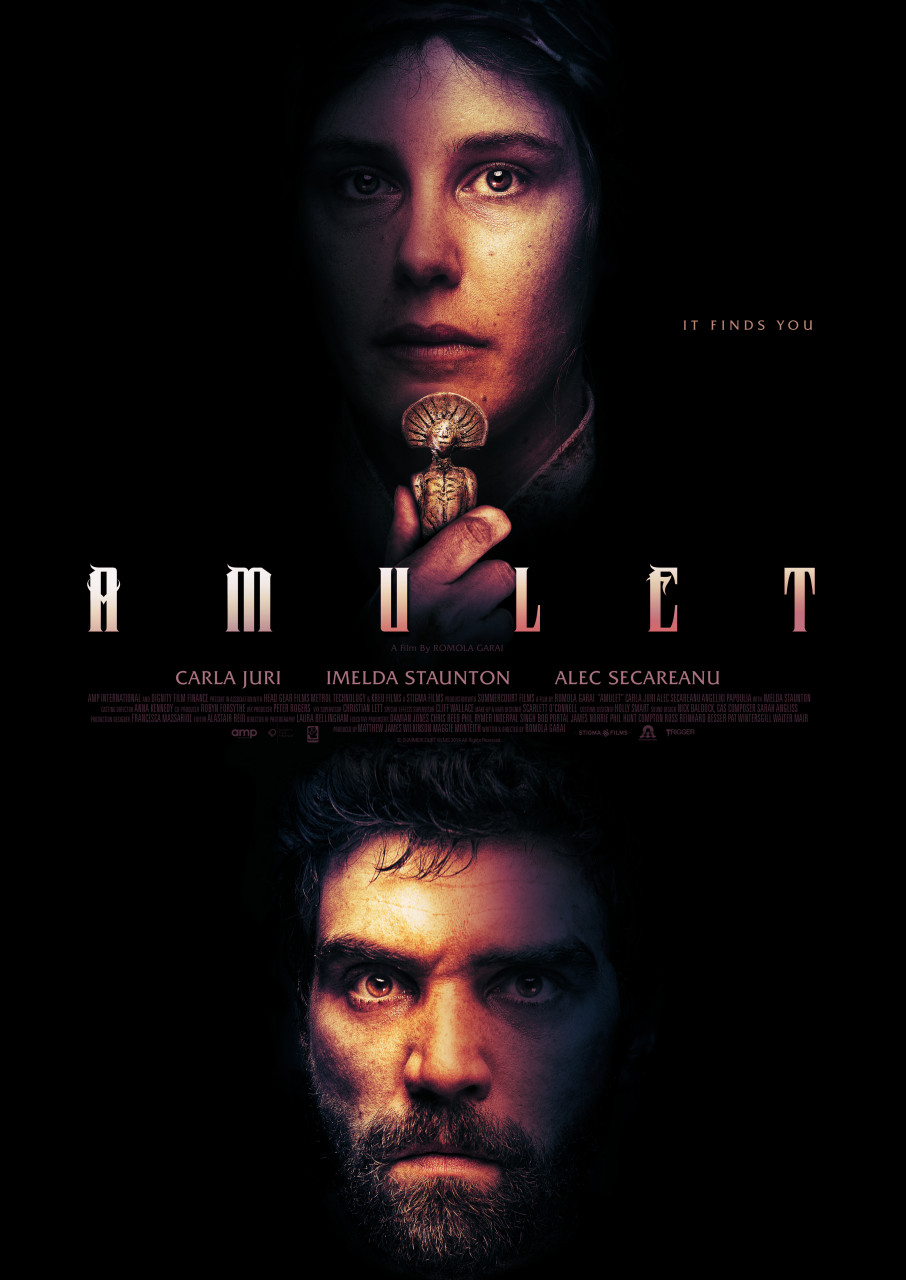 In London, Tomaz, an ex-soldier turned homeless, meets a nun who offers him free lodging. In an old house that needs refurbishing, he’ll live in the company of Maria, a somewhat temperamental young woman who takes care of her dying and senile mother. As the duo learn to live together, anxiety rises in the house where the walls conceal dark secrets that cannot stifle the old woman's ongoing screams.

If there's a role in which we didn't expect the very gentle looking british actress Romola Garai, seen in François Ozon's Angel, and more accustomed to period films and comedies, it's certainly that of script writer and director of horror films. We were mistaken. Her first audacious and ambitious feature film leads us into the most unexpected areas. With it's shifting moods and twists, it slips from social and political realism to a suffocating and viscous imagery, relating the encounter of two lost souls in a dilapidated setting, before moving into a lovecraftian world with political undertones reminiscent of Brian Yuzna's Society. Who would've thought that horrific creatures could be activists ? But hush...we've already said too much about this out of norm and highly pleasurable experience!