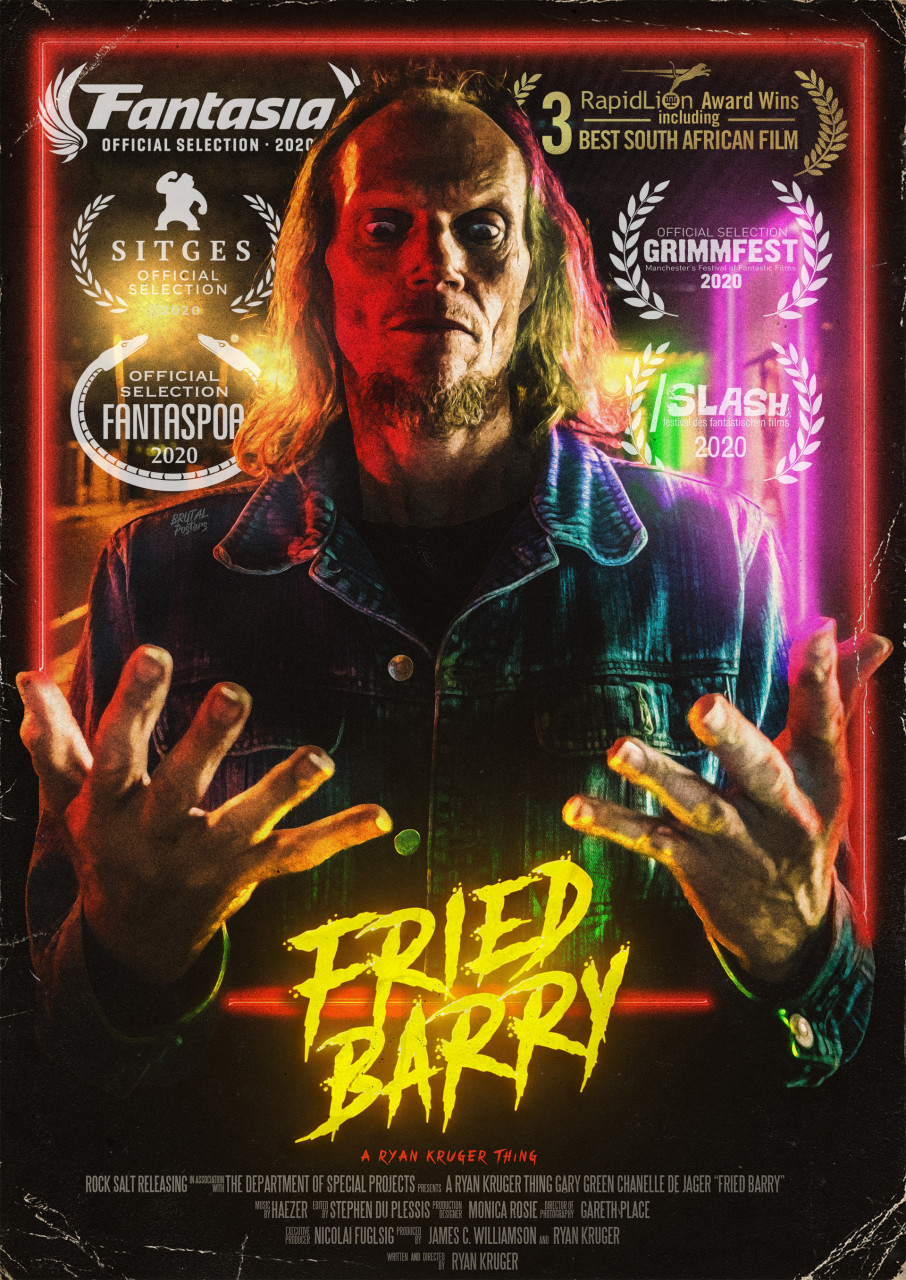 In Capetown, South Africa, Barry is a heroin addict who, despite his wife's supplications to quit and take care of his family, persists in his desperate habit. After a violent argument and a new injection, he's kidnapped by aliens. He's now convinced that an alien has taken control of his body. Thus begins an infernal trip into sex and blood.

After a few appearances in films and TV series, Ryan Kruger left the USA for South Africa where he directed music videos for metal bands. Inspired by his eponymous 2017 short film, recipient of several festival awards, Fried Barry is a fun acid trip, totally unhinged, an image maelström that reminds of Bliss, shown here last year. With its propension to picture the fevers of addiction through fantasy, to confuse our perceptions - Barry's entire adventure might well be a hallucination - with its grainy image, the film is heir to Frank Henenlotter's contaminated cinema, who so aptly materialized the mechanics of addiction by the birth of a parasite monster. An overflowing nightmare, rich with outrageous rambling sequences. Gary Green, in a trancelike act, becomes a grimacing body and face that invades the screen. Hell is within him.