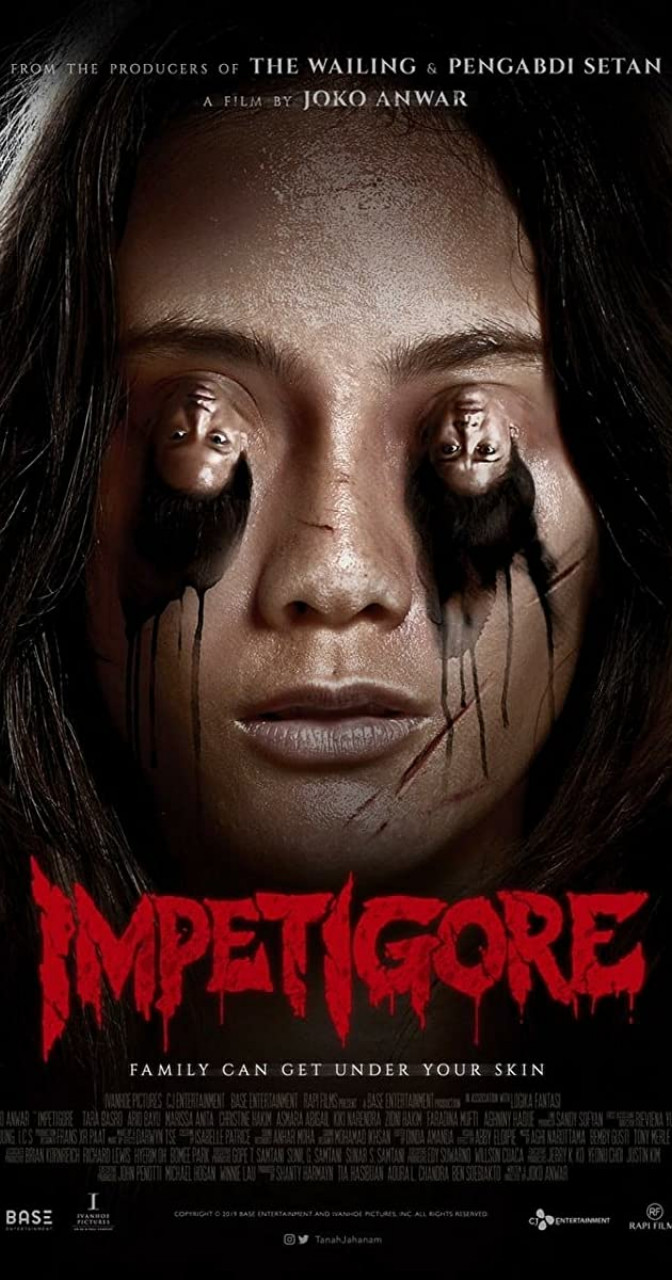 Maya, without a family, and fed up by harsh city life where only her best friend Dini can comfort her, decides to travel with her to her native village. She hopes to see the abandoned family home that she left as a child and has now inherited. Upon arrival, she finds hostile inhabitants…but no trace of any children.

We still remember the electroshock that was Modus anomali in 2012, the consecration of Joko Anwar's intense masterly filmmaking. After dynamiting superhero films with Gundala, the same year Anwar signs Impetigore, in the vein of his terrifying Satan's Slave. Seeing these two young women led through the countryside in a cart towards a nightmarish place, almost takes us back to the glory days of Hammer films, but in a different setting. Impetigore  can be considered as an Indonesian Gothic tale, perpetuating the old-school fantasy tradition that favors shadows to jump scares, nevertheless not hesitating to embrace horror when the time comes. Between savagery and poetry, the gripping soundtrack competes with a photography that captures flickering lights and orange nights. Joko Anwar well masters his syncretic inspirations, naturally melding classic decorum - the graveyard, apparitions and rusty gates - and tributes to traditional légends imprinted with ancestral rites and black magic.