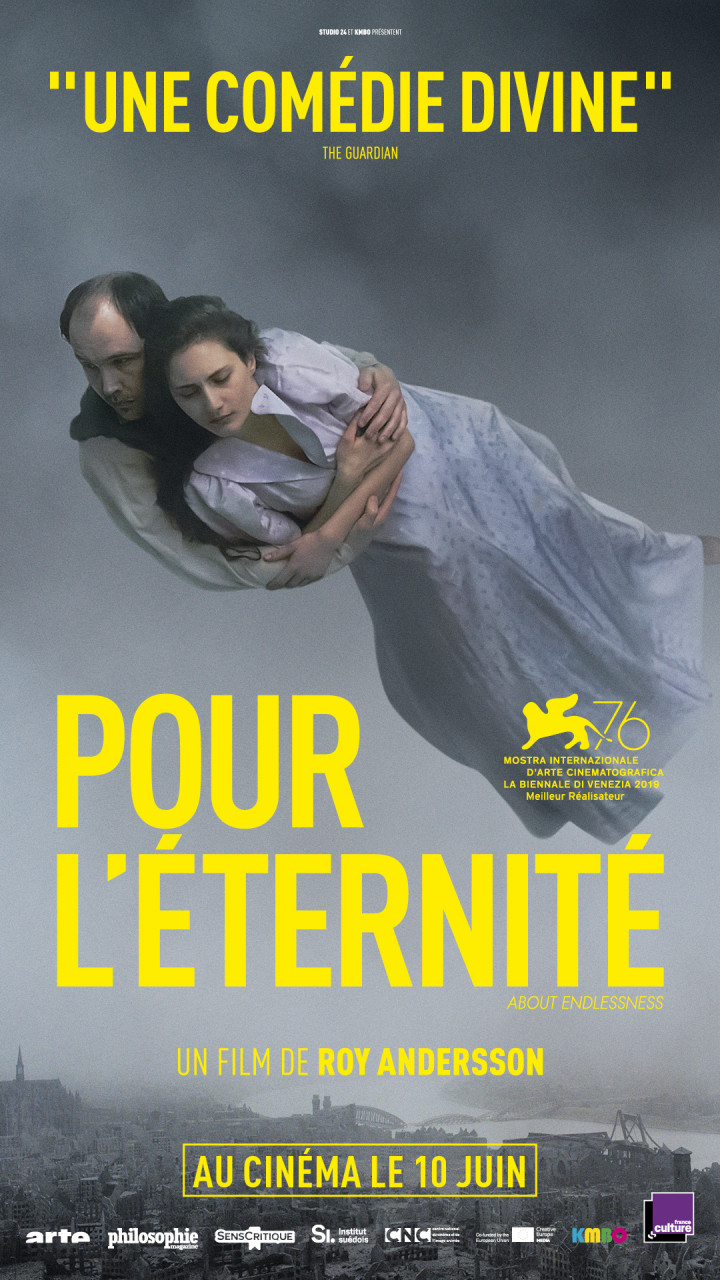 With a few sequences, Roy Andersson gives us a tragi-comical patchwork about life. Here the anonymous are as important as great historical figures. We'll meet a priest losing his faith, Hitler in his bunker, a man on a bus, a couple in a café, all equals on the spinning wheel of life.

We've missed Roy Andersson's little world. Six years of silence separate A Pigeon Sat on a Branch Reflecting on Existence (Golden Lion in 2014) from his latest opus that this time won the Silver Lion at the Venice Mostra in 2019. Jacques Tati and Federico Fellini's Swedish cousin continues his quest, in this succession of moving paintings where his characters struggle, imprisoned by their lives, and where deep pessimism is countered by laughter. Here the ordinary becomes poetry where contradictory emotions are entwined. Andersson, with his desperate humor, willingly cites the influence of Albert Camus. After his trilogy for the living, About Endlessness is a new chapter in this great creator's  inimitable body of work.