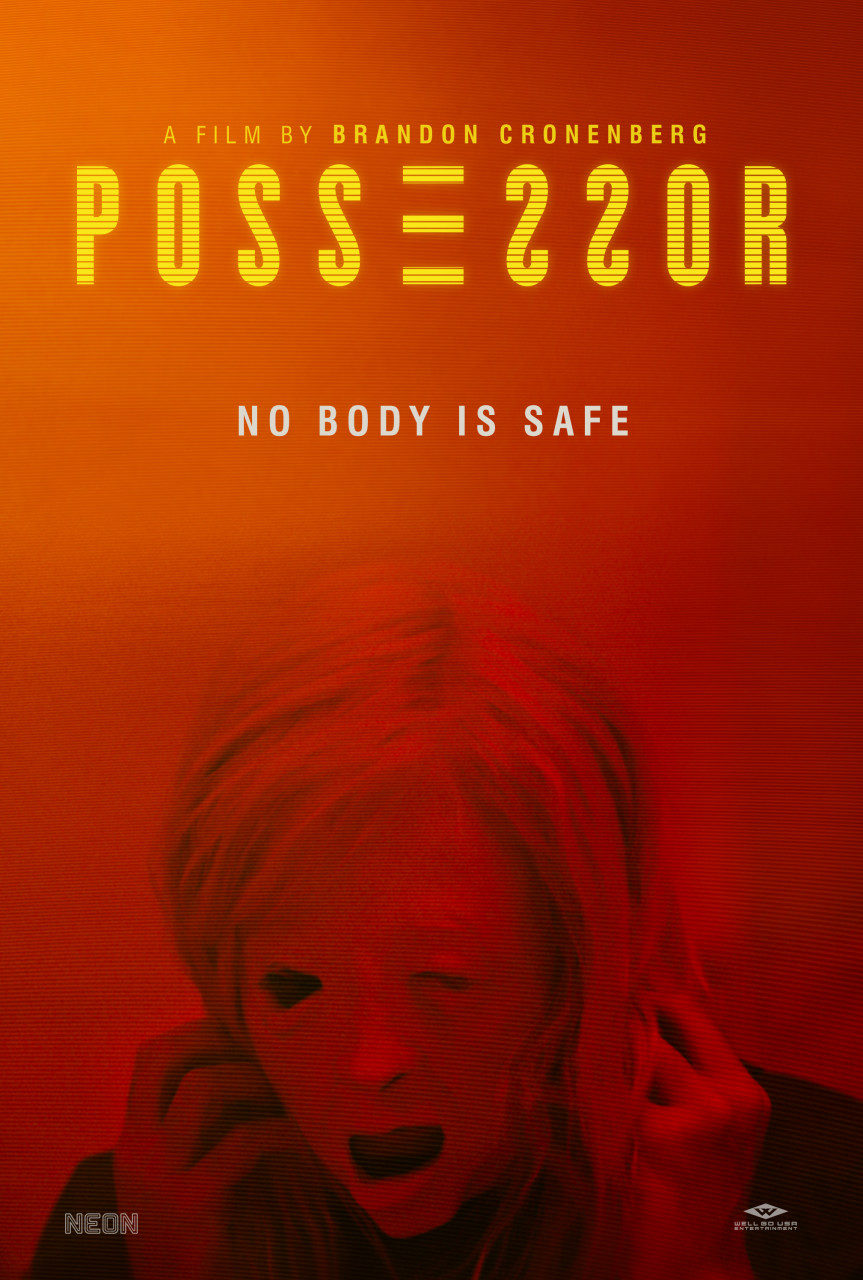 Tasya, an agent from a secret organisation, uses revolutionary brain implants allowing her to commit murders by controlling other people's bodies. Submerged by her souvenirs and weird impulses, she gets trapped in the mind of a man far more dangerous than she is, and who could very well destroy her.

Doesn't this fusion of the cerebral and the visceral, this use of body horror as an illustration of schizophrenia remind you of the psychic battles of Scanners ? Eight years after Antiviral, Brandon Cronenbergn, far from turning his back on his progenitor, declines his father's thematics to design his own world : modern and chilling. With an especially stimulating cast, a surgically precise direction and a scalpel sharp violence, he installs an upsetting and fascinating atmosphere. An autopsy of our societies, void of emotions, swallowed by their own cynicism, between sci fi and pure horror, Possessor sets up an implacable erasing of all bearings. Barely a year after receiving the  Short Film Grand Prize at l'Etrange Festival with Please Speak Continuously and Describe Your Experiences as They Come to You, the forerunner to Possessor, the new master of visceral horror returns to offer one of this edition's most expected films.