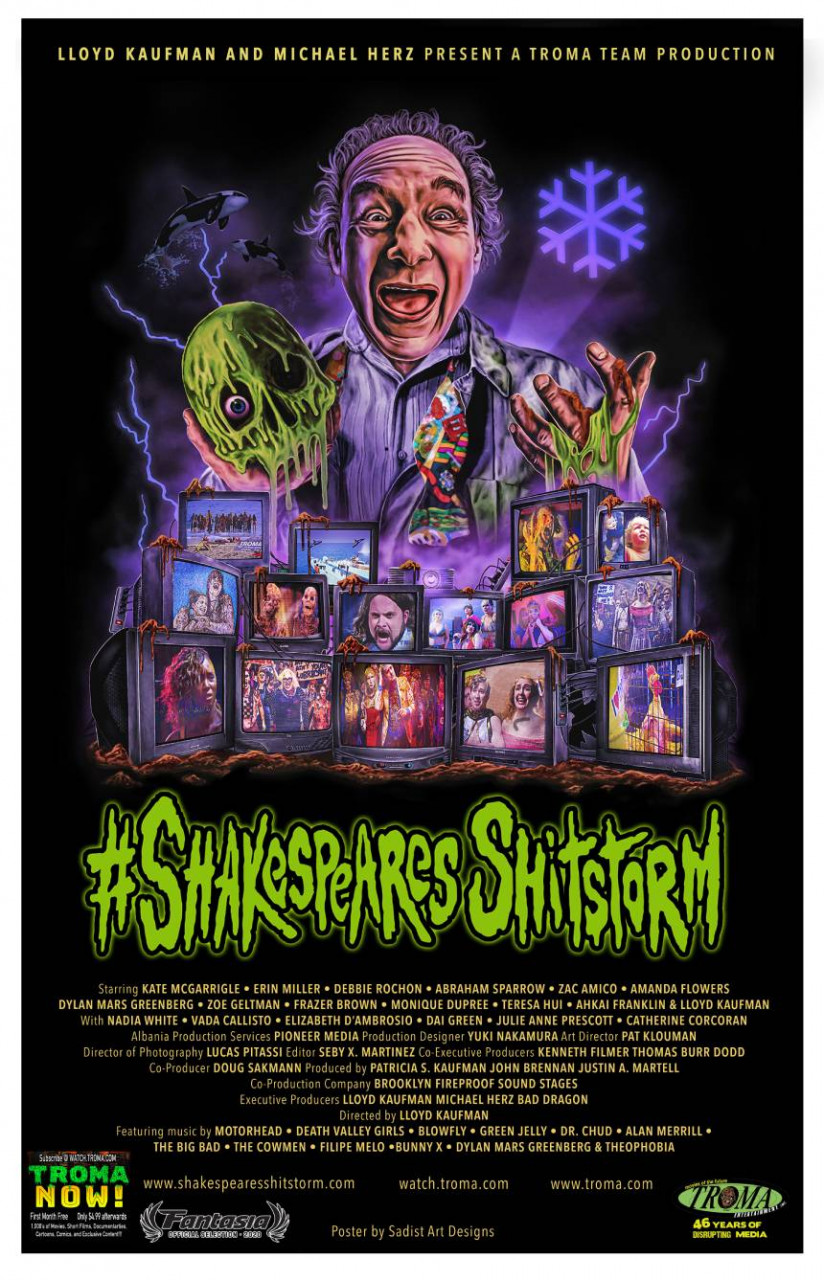 After his career is ruined by greedy lubricious pharma bosses, genius scientist Prospero has found shelter in Tromaville. When he learns that the evildoers and their undistinguished guests have organized a luxury cruise in North Korea, he uses his supernatural powers and a whale laxative to throw a very special tempest upon them, that will destroy their ship and run it aground in... Tromaville.

You won't say you weren't warned ! The title says it all. Twenty years after Tromeo and Juliet, with this new "adaptation" of a Shakespeare play, that Kaufman announces to be his last film, we'll be very far away from Peter Greenaway or Derek Jarman, for it is indeed a shitstorm that awaits us. The Troma god has struck again, this time really letting loose, in every sense of the word. No Love Boat here, but a Puke Boat, a Fart Boat, a Shit and Screw Boat. In this big joyous orgy, the director plays two  parts, one of which is Prospero, the demiurge creator, king of magic and illusions. Kaufman submerges us with his over the top antics, leaving lots of room for improvisation, with the feeling that the film is being made under our eyes. Void of cynicism, Kaufman's trashy world remains almost candid and childish. Respecting no rules, seeming to come from another dimension, with vivacious colors that turn fecal matters into art brut, Shakespeare’s Sh*tstorm ends up looking like an installation or a performance as well as a film. You'd almost wish it was shown in Odorama ! Highly recommended, highly toxic !