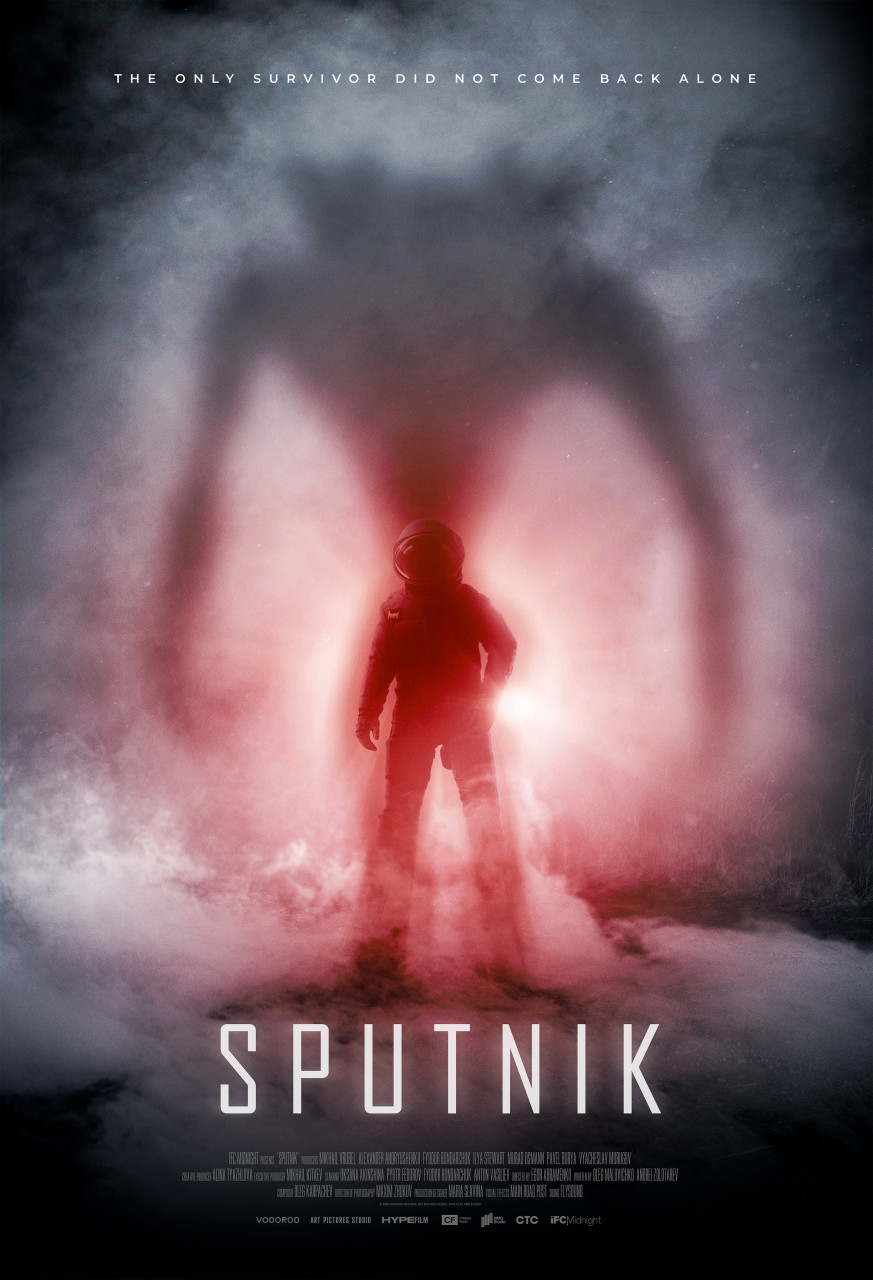 When a cosmonaut returns from a mission in space, he expects to be greeted as a hero. No such luck for Semiradov. The only survivor of his crashed spacecraft, he hasn't come home alone: a creature lives inside his body from where it escapes every night. Tatiana Yurievna, a controversial neuropsychiatrist on the verge of eviction, is assigned to this strange case.

After a few ads and two short films, Egor Abramenko, 33 years old, presents the long version of his 2017 film  Passenger. Have you missed space monsters ? Be reassured, if Ridley Scott has recently been otherwise occupied, he still breeds fine offspring, witness this Sputnik that perfectly knows how to stand apart from its models while still paying tribute to them, if only by setting the action in the 80s during the cold war. It's also a pleasure to see Oksana Akinshina again (the fantastic teenager in Lukas Moodysson's Lilya 4-ever) whose intense interpretation is no stranger to Sputnik's success. Both unsettling and poignant, this first feature film knows how to cleverly dose entertainment, terror and a welcome psychological subtlety. With the added bonus of featuring the best creature of the festival, whose symbiotic behavior is almost Cronenbergian.