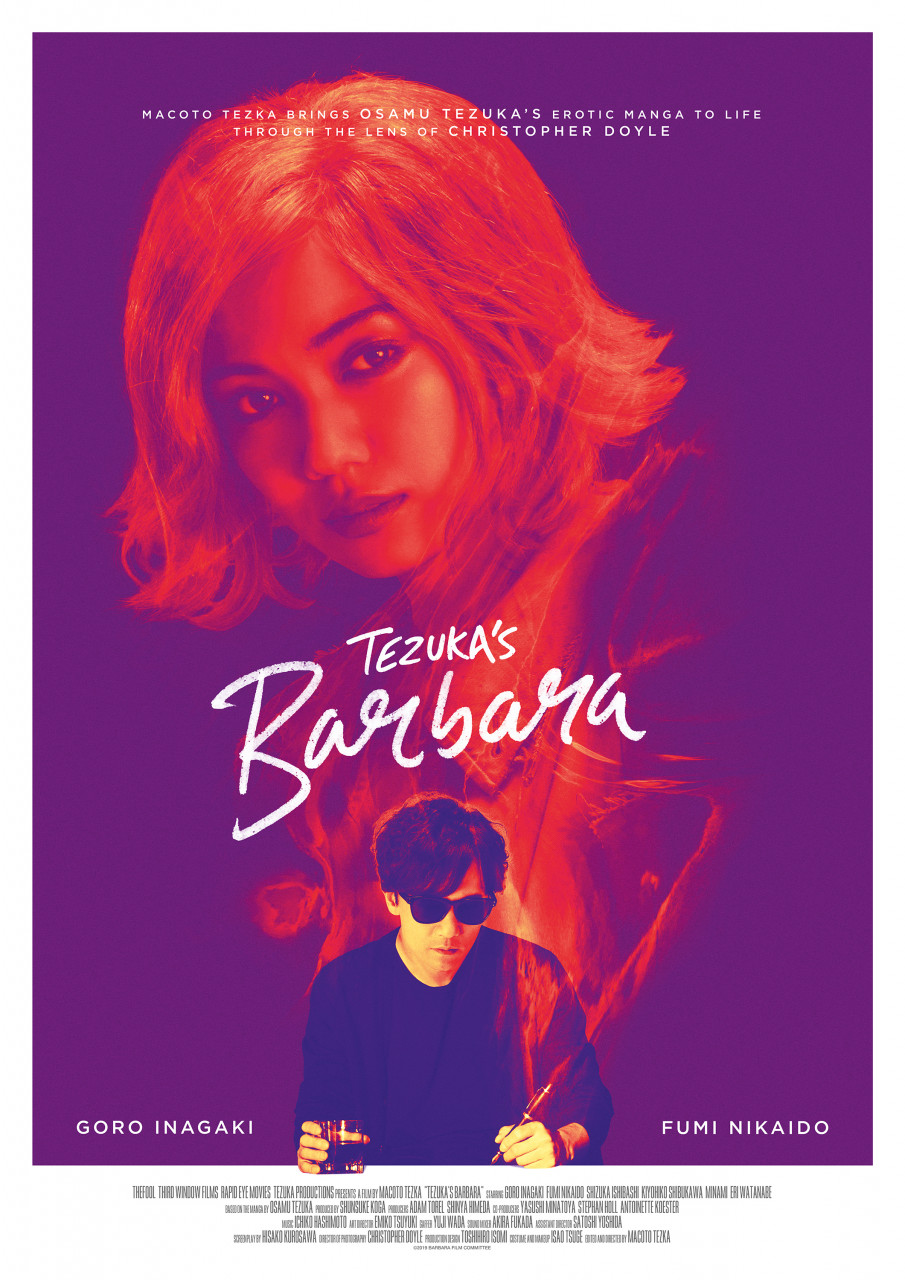 Barbara, a muse to artists, hides her true identity behind the guise of a young alcoholic drop out. Her encounter with Mikura, a tormented successful writer, will turn explosive, dragging him into a creative love spiral on the verge of madness.

Macoto Tezuka, the son of Osamu Tezuka (Astroboy, Message to Adolf) had already approached his genius father's work, notably with the animated series (Black Jack). Here he raises the ante by adapting this amazing manga for adults, first published in 1973, a superb reflection on the workings of inspiration and obsessive love. He faithfully captures the original's erotic and disturbing atmosphere, supported by photography by Christopher Doyle, Wong Kar-wai's long time collaborator. We won't soon forget Fumi Nikaido's (Goodbye Summer, Himizu) wild interpretation, both unsettling and moving, who along with Goro Inagaki, ex-singer of the band SMAP, make up a volcanic pair.