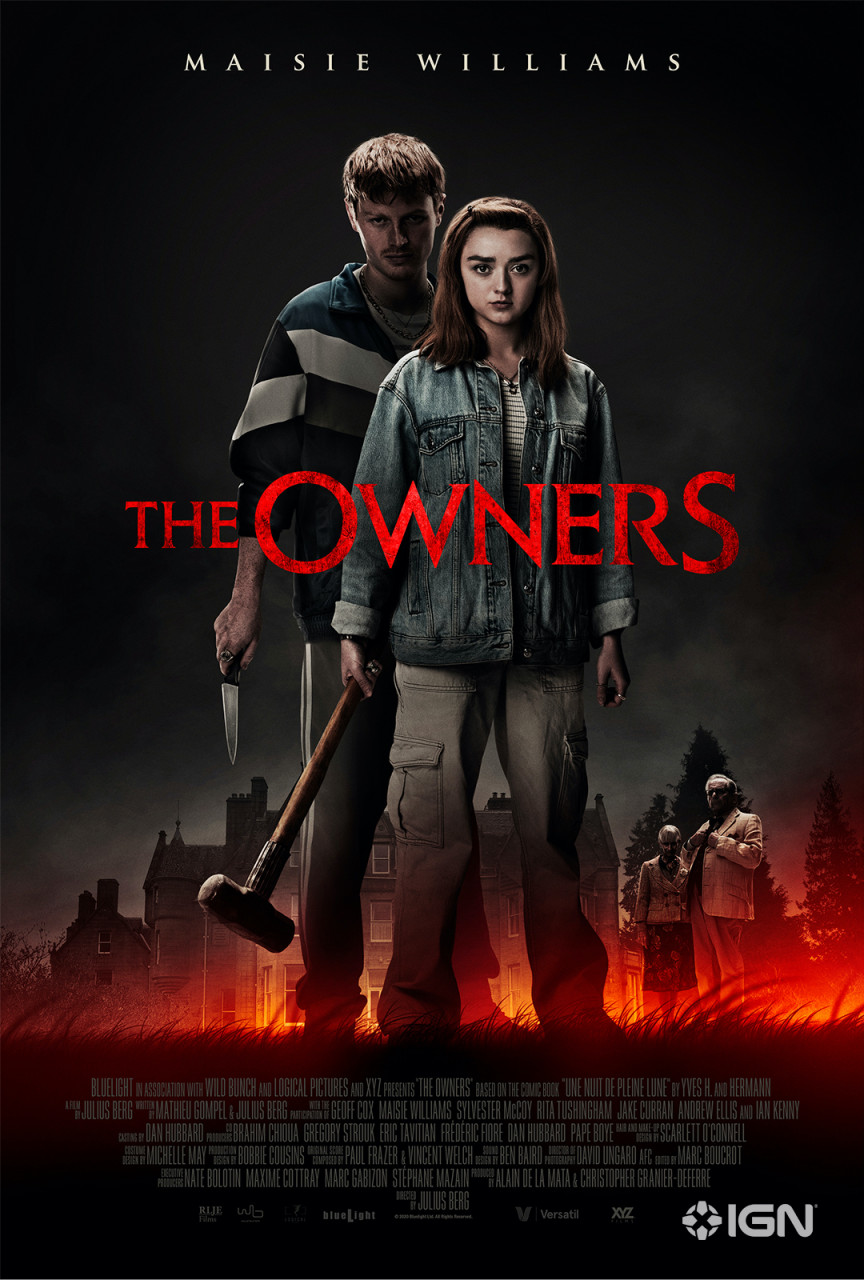 In the English countryside during the 90s, Mary gets mixed up against her will in a robbery organized by her boyfriend and his best friend. A luxurious villa? Some elderly owners? It's the perfect opportunity to make a lot of easy money. But the owners come home sooner than planned and far from being harmless, they drag the intruders into a spiral where the aggressor isn't necessarily the one you think. They messed with the wrong people !

Published in 2011, Hermann and Yves H.'s comic book Une Nuit de pleine lune (A Full Moon Night)was a great boon for any director: highly cinegenic, superbly constructed, close to a storyboard with it's rising tension. After his work on French TV series, notably on The Forest and  The Crimson Rivers, Julius Berg presents The Owners, his first feature film. With co-writer Mathieu Gompel, he brings a gothic touch to the original material by transposing the story to Great Britain, in a Victorian mansion, a fantasmatic setting if there ever was one, ideal for stirring up fear and esthetic emotions. Escaped from her role as Aria Stark in Game of Thrones, Maisie Williams, instead of playing a terrified victim, breaks all archetypes and her intense incarnation literally carries the film. Devilishly efficient at slipping from calm to terror, building up his anxiety ridden atmosphere, a bit like the British craftsmen of the 70s, Julius Berg excels in morphing his little pastoral setting into a locus of dread.