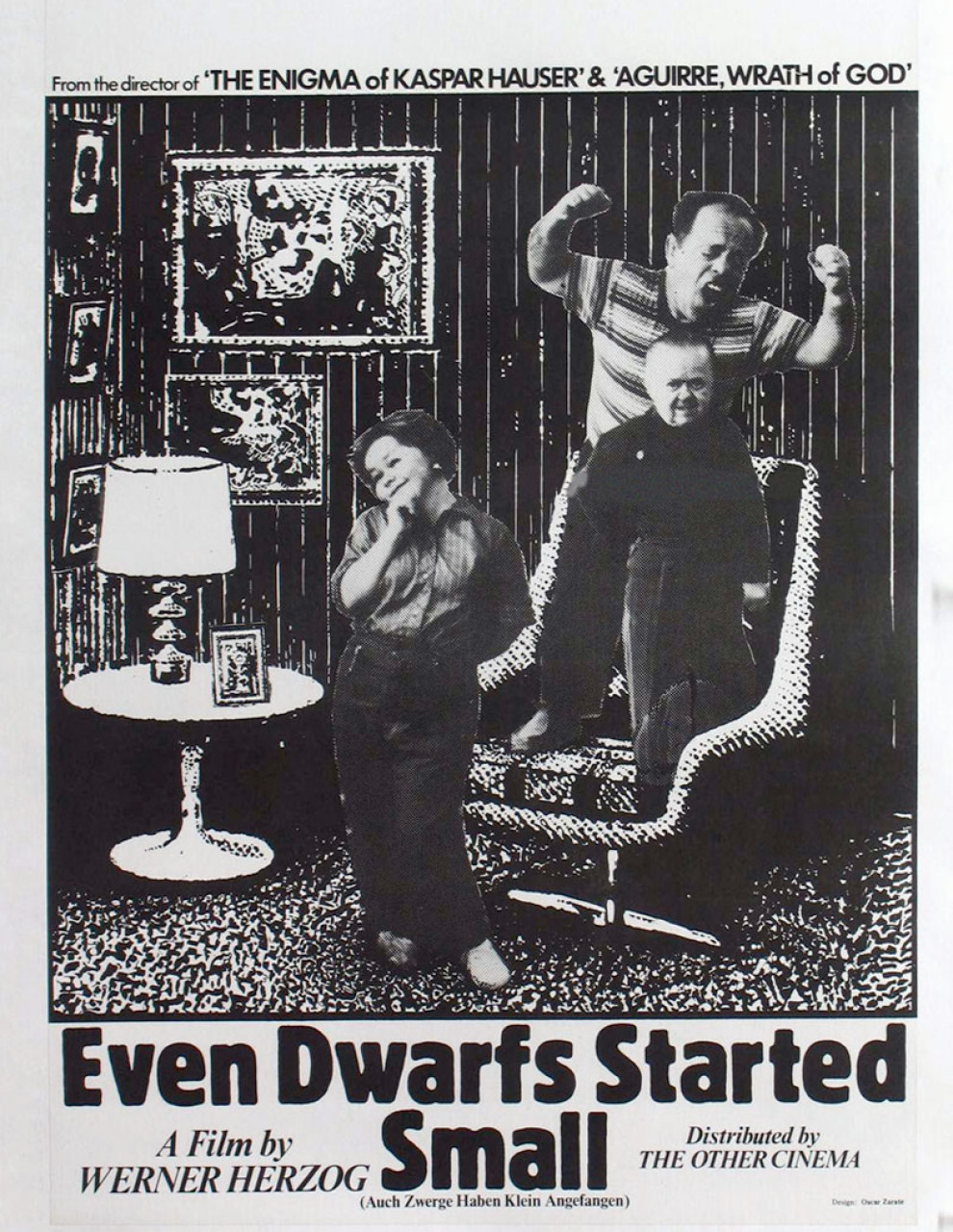 Dwarves locked up in an institution rebel against their director. Anarchy ensues...

You can bet that if Werner Herzog's film came out today it would cause the same scandal. Still upsetting, a precursor of Bruno Dumont in its atypical relationship between the camera and the actors, it wasn't well received. People saw it as a political parable but missed the true nihilism of this unsightly theater of the absurd. The dwarves aren't playing their own roles here, but are metaphors of humanity as a whole, bent on cruelty and destruction. In the manner of George Grosz, Herzog cultivates the art of disorder, of the grotesque and grimace, to better depict universal desolation.

I can’t really describe this film, it’s early Herzog at his most demented, perverse and brilliant. The inmates of a correctional institution on a barren lava island - out of scale with their surroundings - rebel. The rebels tie a monkey to a crucifix and parade it around a courtyard in endless circles. Herzog’s idea of freedom? W.T.F.!