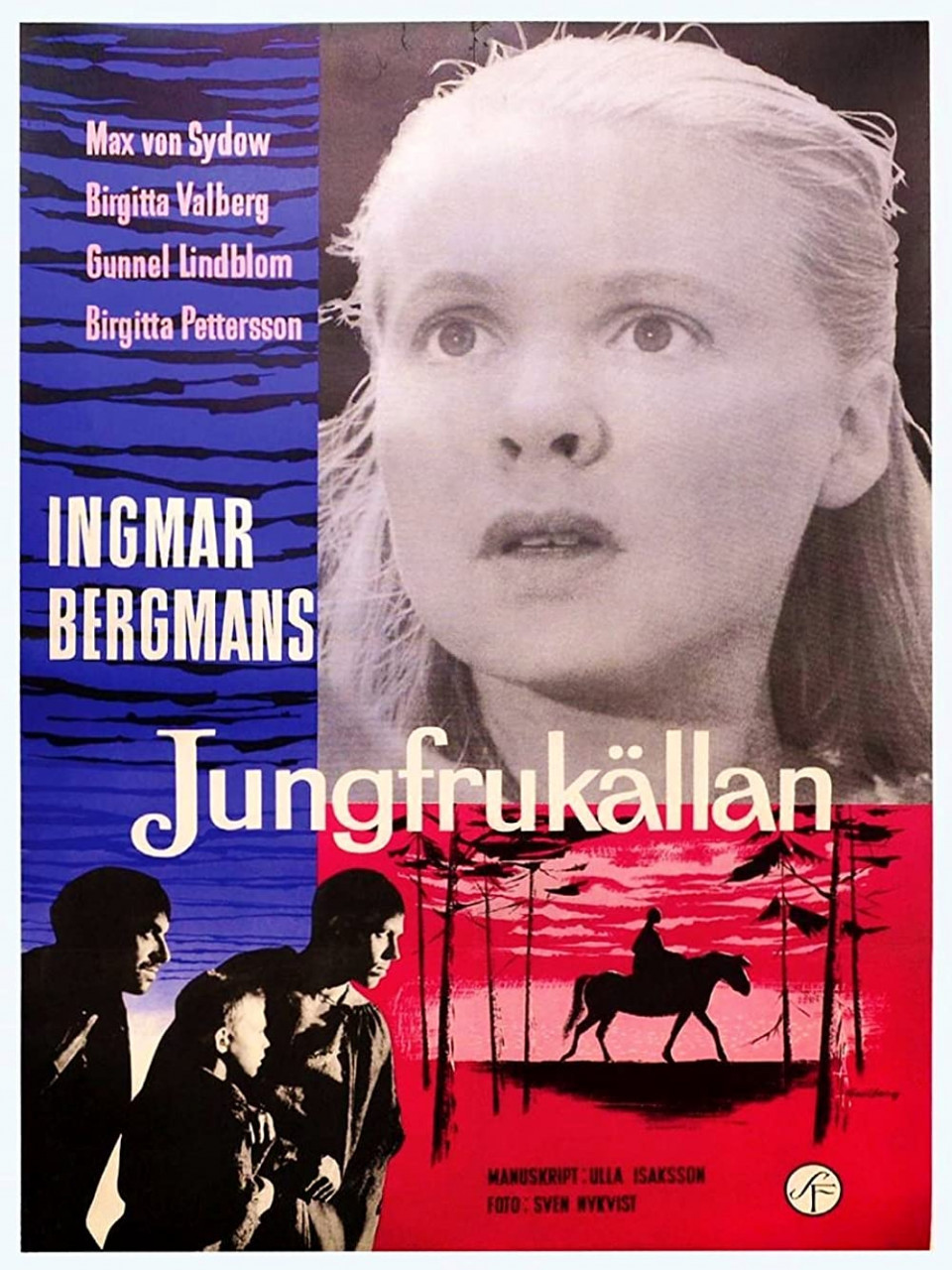 In the 14th century, two shepherds rape and murder the frail and pure Karin. They find shelter in the home of a rich landlord, who happens to be the young girl's father and who is worried she hasn't come home...

Three years after The Seventh Seal, Bergman returns to medieval Sweden, by adapting a 14th century legend that covers all his themes: guilt, doubt, metaphysical questions. Moving between light and darkness, The Virgin Spring may be Bergman's most straightforward film, an oxymoron crossed by harsh violence and pure marvel. With The Last House on the Left, Wes Craven will make a modern rereading of this matrix of rape and revenge movies.

What begins as a whimsical medieval drama becomes a revenge story of epic proportions. Max Von Sydow shaking the tree is one of cinema’s most possessed moments - The heart of darkness. A gut punch of a film from the master Bergman. From here I discovered one of my favourite films of all time ‘Persona’.