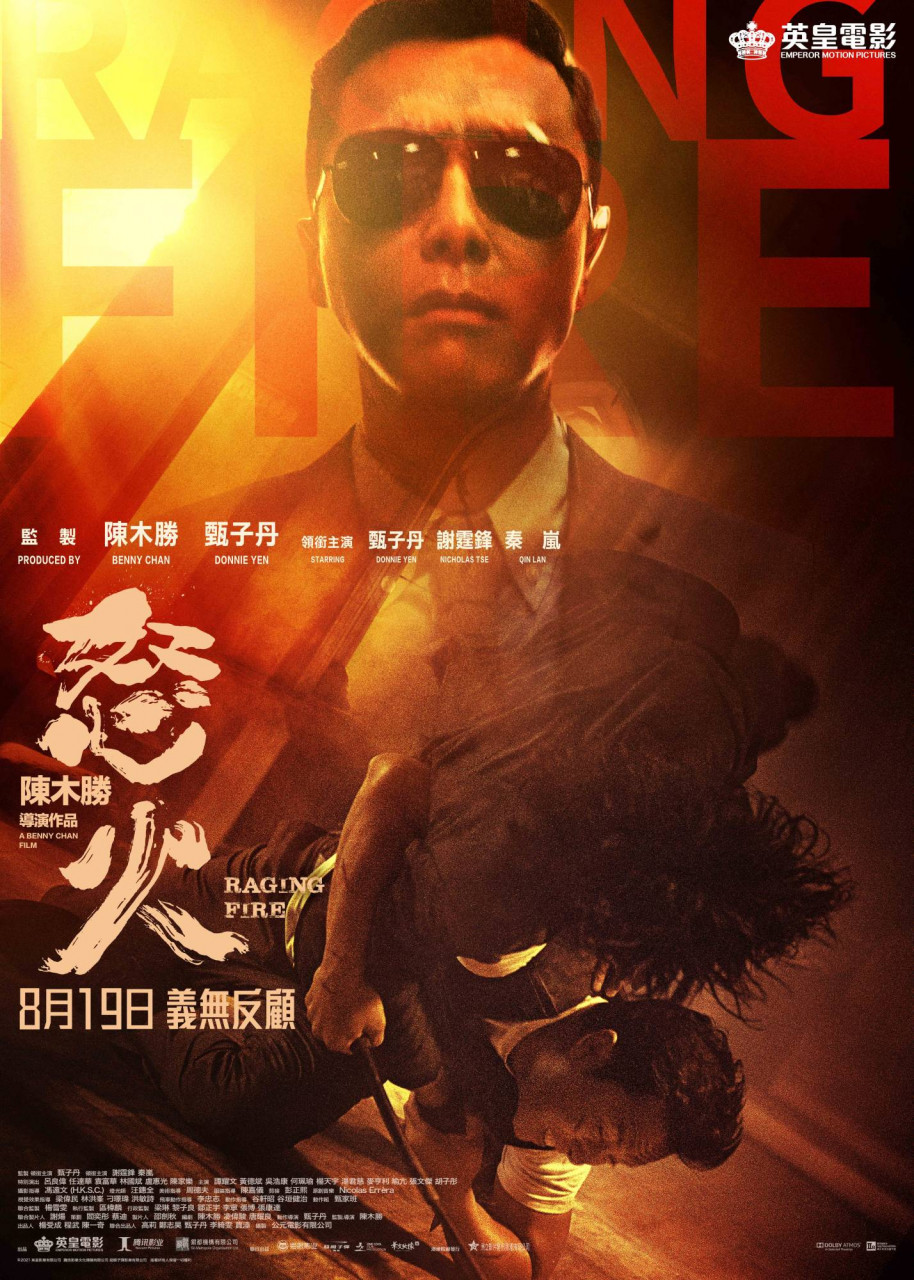 Shan is the perfect cop, admired by all for solving his cases with brio. But during an undercover operation, masked vigilantes led by Ngo, his former protégé, beat the police to the finish: his past then resurfaces...

A specialist of action blockbusters dedicated to big stars like Jackie Chan, Benny Chan is back with a darker, more personal project, his best film since Big Bullet, and that he finished despite the illness that would take his life just afterwards. Held up by Donnie Yen's electrifying performance, also co-producer of the film, Raging Fire possesses the emotion of a haunted testamentary film, respectful of its viewers, never overindulging in action scenes but emphasizing on psychological intensity and social criticism. Benny Chan nurtures fire power and crepuscular beauty. The best possible closing film for this year's edition!