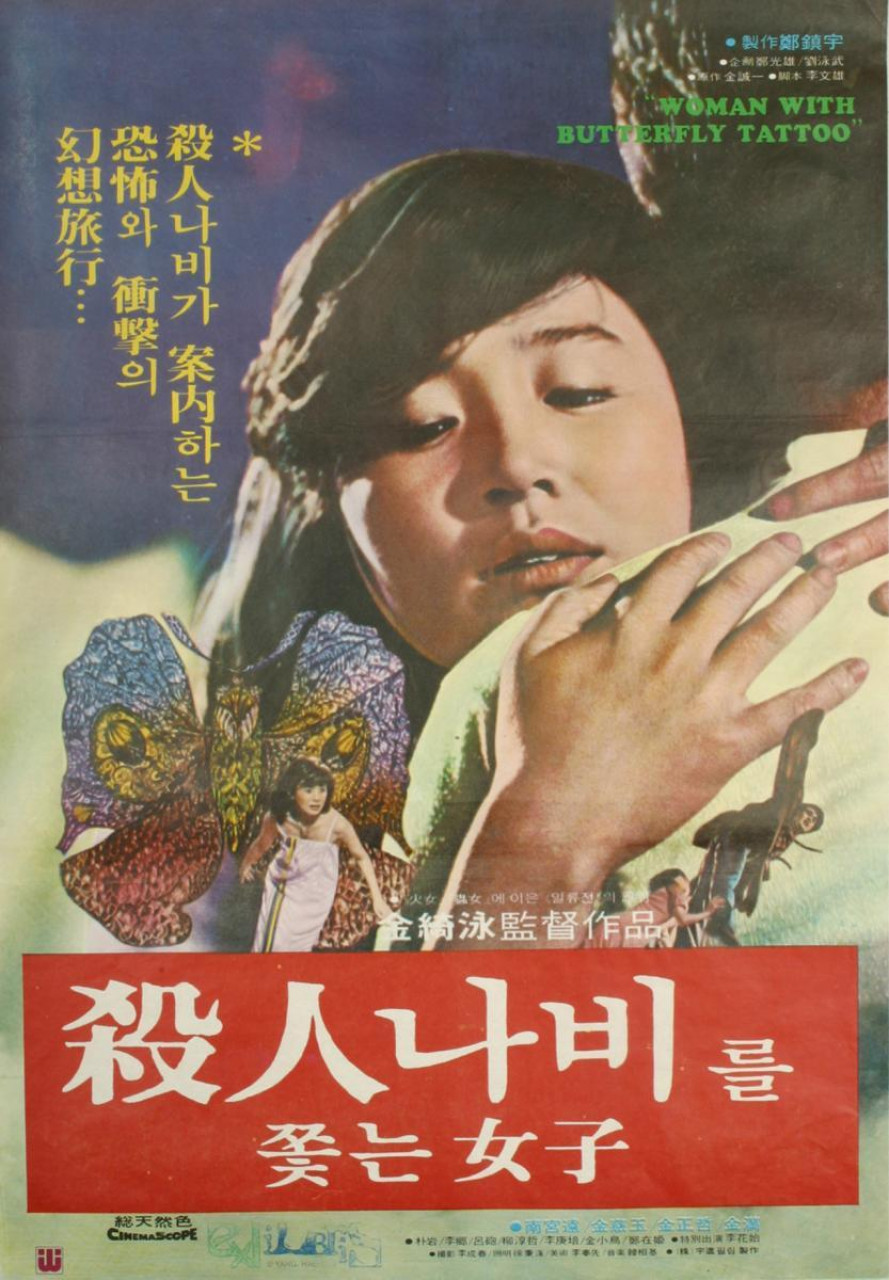 Kim Young-gul barely escapes death after a strange woman tried to poison his drink. She wants to end her life and take a fellow traveller with her. He's since retained an attraction for suicide and looks for any way to end his life. He meets a strange book seller who believes only in the will to live and declares himself immortal...

It's inconceivable that Kim Ki-young, the great master of frantic melodrama with sentiments as wild as his colors and photography are flamboyant, is still so little-known today. With its title worthy of a giallo, this morbid Edgar Allan Poe like poem, trivial and sublime, throws the most mundane everyday life into a dark unbarred romanticism, inhabited by two thousand year old women, skulls separated from their bodies and venomous love. A true splendor.