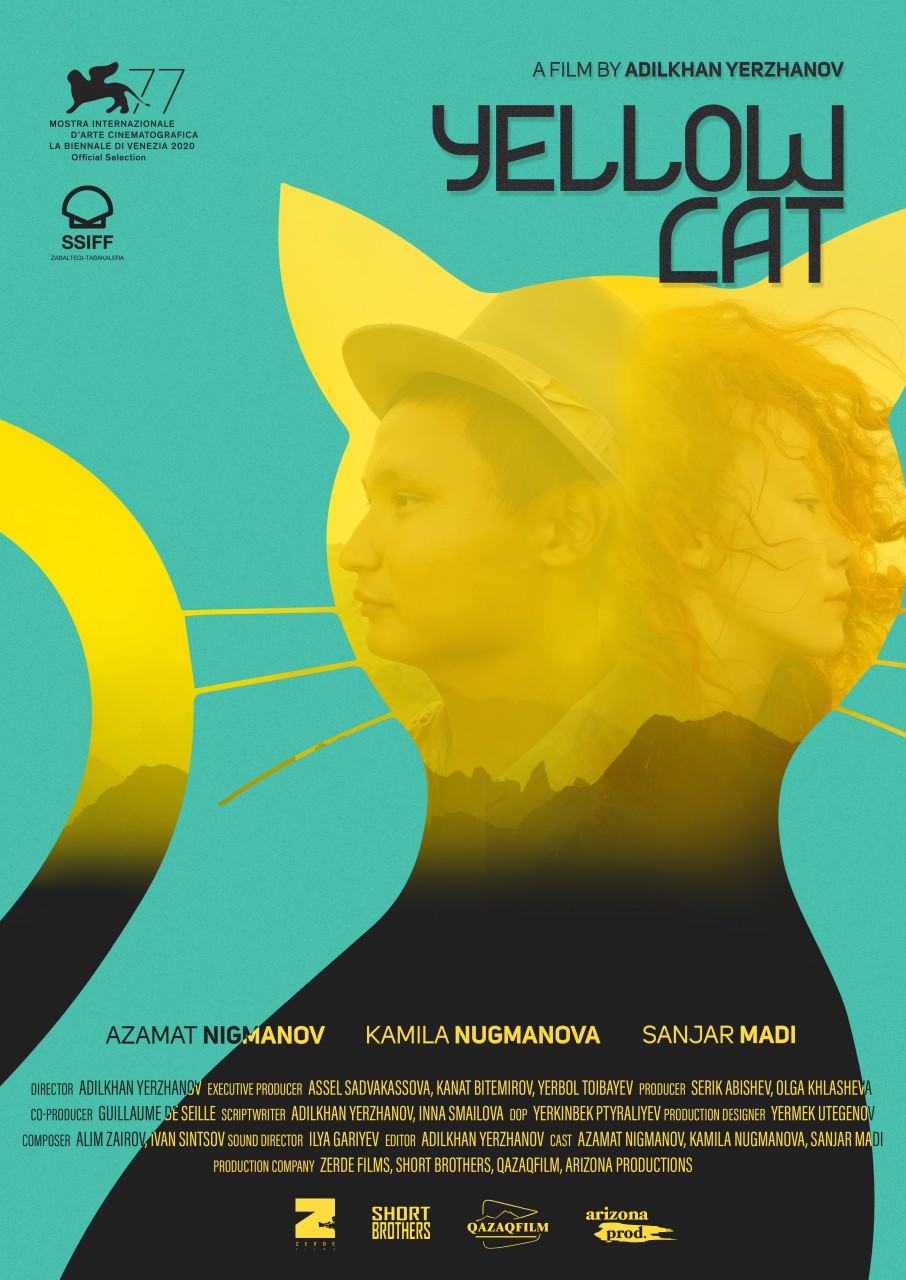 Wanting to put behind them their former life as 'bad people', Kermek, an ex thug and fan of Melville and Alain Delon, runs away with Eva, a prostitute, with the improbable dream of opening a cinema theater in the middle of the steppes. But with a corrupt policeman, the mob and other bandits on their tail, it won't be easy to escape the past.

Adilkhan Yerzhanov chooses the poetic fable genre with these candid heroes facing the world's violence while retaining the energy of their dreams until the end. Yellow Cat  takes the garb of a Kazakh True Romance where the landscapes are totally desolate, where violence is muffled by the immensity of the sky, making the characters ridiculously small. You must see Kermek, enraptured by The Samurai, attempts to apply the rules of fiction to real life to grasp Yellow Cat's singularity, with it's touching sense of humor that reminds us of some of Kitano's mellower films.