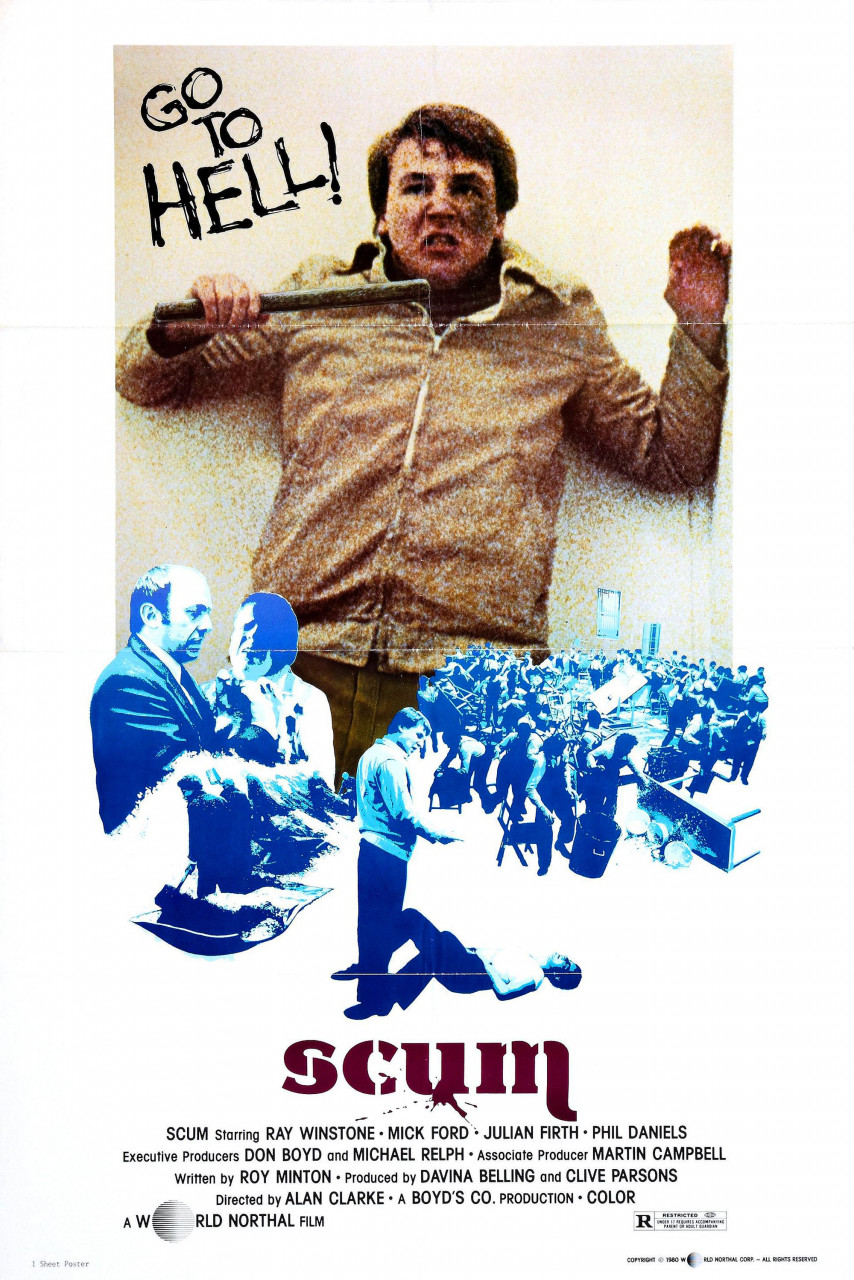 England, the 70s. Three lads, Carlin, Davis and Archer are sent to a borstal. Terrified, they discover that here, the law of the jungle reigns and they will get caught in the cogs of a merciless system.

Alan Clarke's first feature film Scum was initially made for TV, but was never broadcast due to BBC censorship. The filmmaker reunited part of the original cast (among which the impressive Ray Winstone) to remake the film for the big screen. A tough depiction of a prison system that crushes individuals, the film remains a cornerstone of British social cinema.

I don't remember how I discovered this film; I just remember the huge emotional shock I received when I watched it. The violence omnipresent in the borstal (British youth detention center) really gripped me. Shot with a raging yet clinical coldness, this movie, first intended for TV, then censored because of its shocking content, was reshot for cinema in 1979. The United Kingdom must have seen itself in this film as in an unbearable mirror, because three years after its release, borstals were closed down. The never complacent description of a suffocating huis-clos where staff tyranny reigns (the wardens are abject cynics) supported by the inmates who for petty favors enforce and augment the terror, pushing the more fragile to suicide, leaves an aftertaste of anger and bitterness, just like movies influenced by Scum, like Steve McQueen's Hunger (2008) and Kim Chapiron's Dog Pound (2010). I would also link it to two precursors, Sidney Lumet's The Hill (1964) and Stanley Kubrick's A Clockwork Orange (1971), that also address the merciless normalisation of the wayward youngsters.