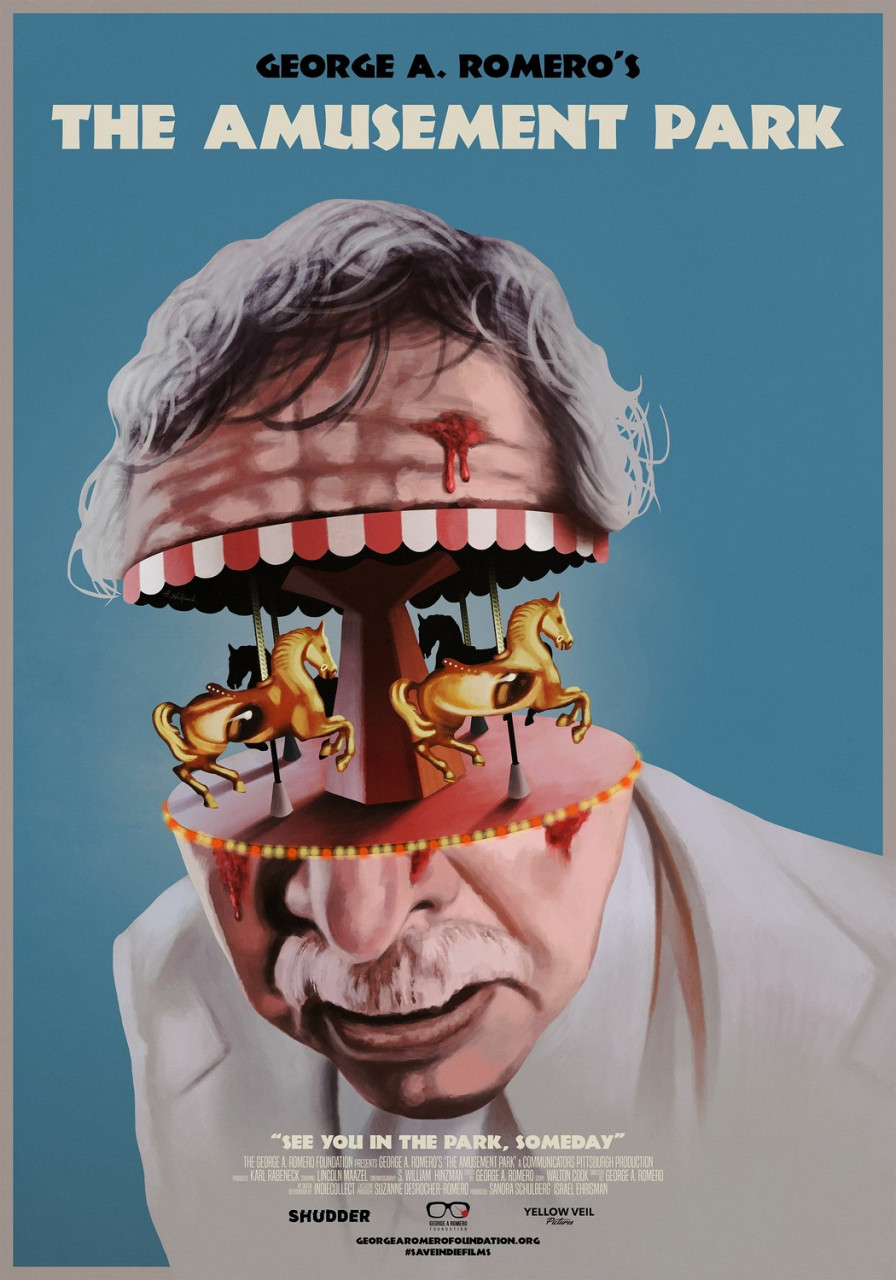 An almost childishly happy old man is about to spend a day in a wonderful amusement park. But he's in for a nightmare.

We miss Romero. His cinema has always been political and The Amusement Park, believed lost and recently exhumed thanks to his wife, proves it again. He transforms a commission from a Lutherian organisation into a major scathing pamphlet in which his conflictual relationship with his country explodes: a nation of good conscience that watches ethnic minorities, underdogs and old people die with the same indifference, but where the mood is festive, joyful and childish. Beneath the entertainment, lies horror.