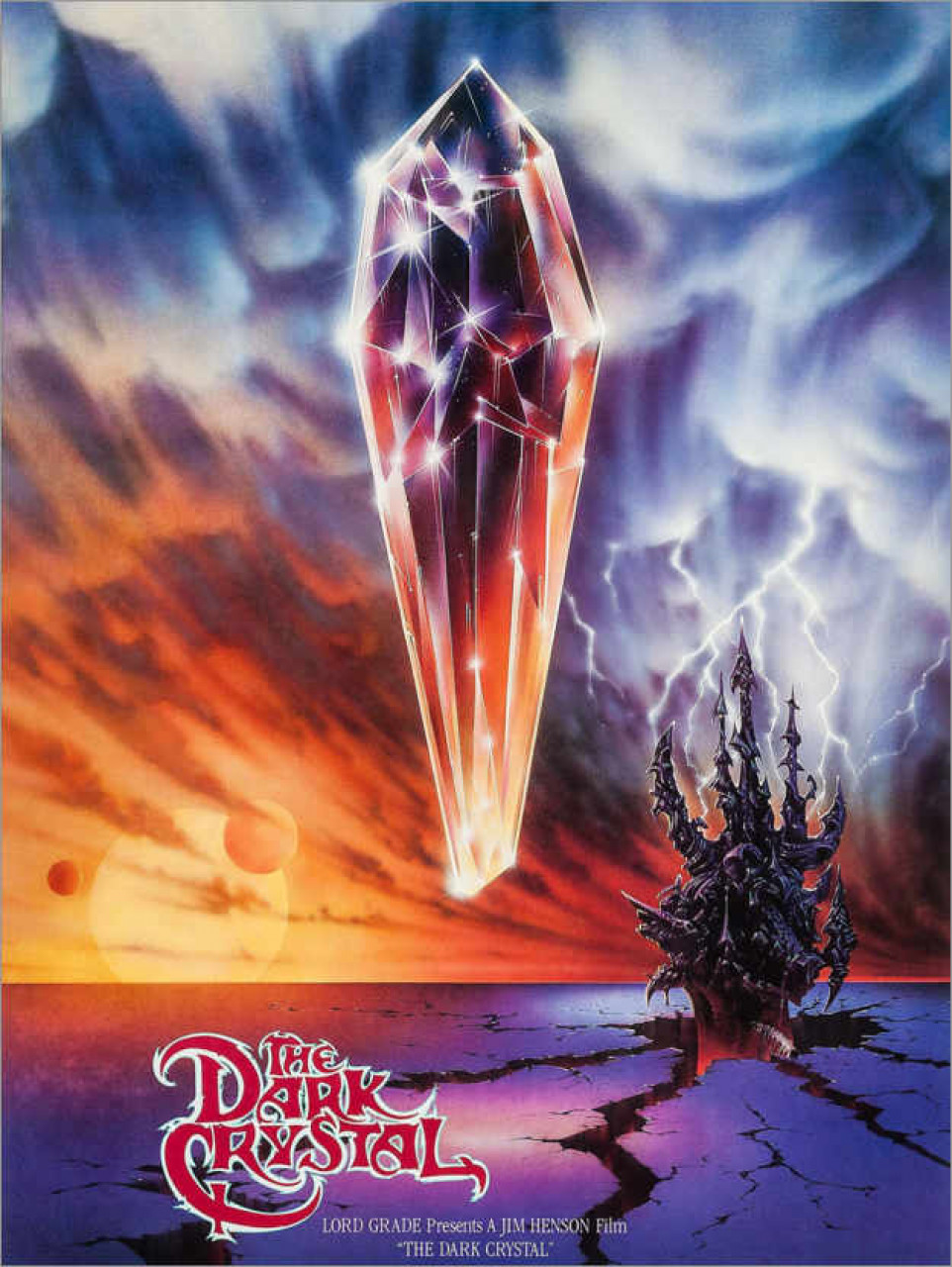 When the crystal broken into pieces, the equilibrium of planet Thra collapsed, splitting the inhabitants into two species, the gentle Mystics and the evil Skeksis. Jen and Kira, a couple of Gelflings, set off on a quest to retrieve the missing crystal shard and restore harmony.

An unequalled fantasy masterpiece, Dark Crystal injects an unexpected philosophical tone to fairy tales. Jim Henson, enthralled by Brian Froud's graphic world, led him into this mad project entirely shot in stop-motion with puppets, a real animation revolution that took five years to complete. We envy those who’ll today discover this world coming alive before our eyes. As for the kids in 1982, they remain forever under the spell of this outlandish and out of time initiatory adventure.

I was visually blown away when I saw Dark Crystal, the film that is probably the closest to my universe. I love imaginary worlds in general, especially scifi and fantasy. The script picks up classic fantasy's favorite themes: beings separated into two species with the good guys on one side, the Mystics, and the bad guys on the other, the Skeksis. The latter capture the Castle of the Crystal, forcing the Mystics to hide in a secret place. Then comes the prophecy, another recurrent theme in fantasy, that claims that the lost crystal shard will be restored by a Gelfling, a sort of elf. Of course, the Skeksis, having heard of the prophecy, exterminate the Gelfling people with the help of the monstrous creatures they've created, but, as is often the case in such circumstances (remember Jesus escaping the Massacre of the Innocents ordered by Herod), a young boy survives and, raised by the Mystics, will set off on the essential quest to fix the crystal. It's a typical but efficient fantasy storyline that closely follows the work of mythologist Joseph Campbell in his The Hero with a Thousand Faces (restoring lost harmony, George Lucas was himself influenced by Campbell for Star Wars). The film's main interest point is in my sense its formal beauty, its esthetics all at once bewitching, dark, dreamy, magical, that confirm that animation (here with puppets) isn't exclusively for children, but can very well be intended for adults. The sole prerequisite is to have kept your inner child alive and your taste for the wonderful intact. In short, I was filled with wonder when I saw Dark Crystal.