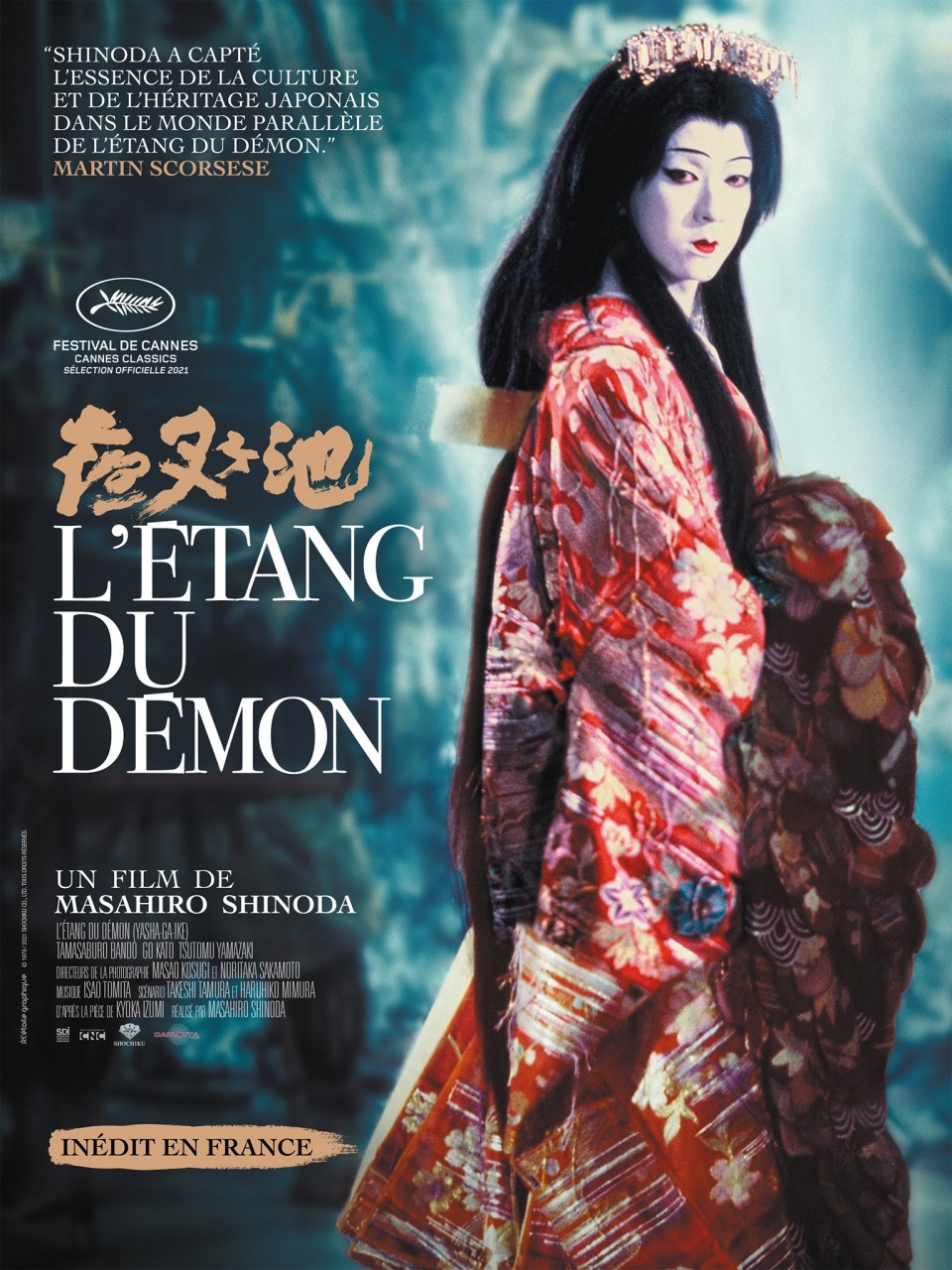 In 1913, on the way to Kyoto, a teacher crosses a village plagued by drought. According to legend, the village is under a curse linked to a nearby pond: if the dragon sleeping there awakes, a flood will submerge everything.

When the director of Pale Flower and Double Suicide adapts a famous Kabuki play, he takes us into a wondrous fantasy tale doubled with a tragic love story. With his fabulous inventory of crab-men, carps, catfish, spirits and other yokai, Shinoda bewitches us with his poetic substance and his tribute to the theater. Finally shown in its restored 4k version, Demon Pond is not a film, it's a spell.