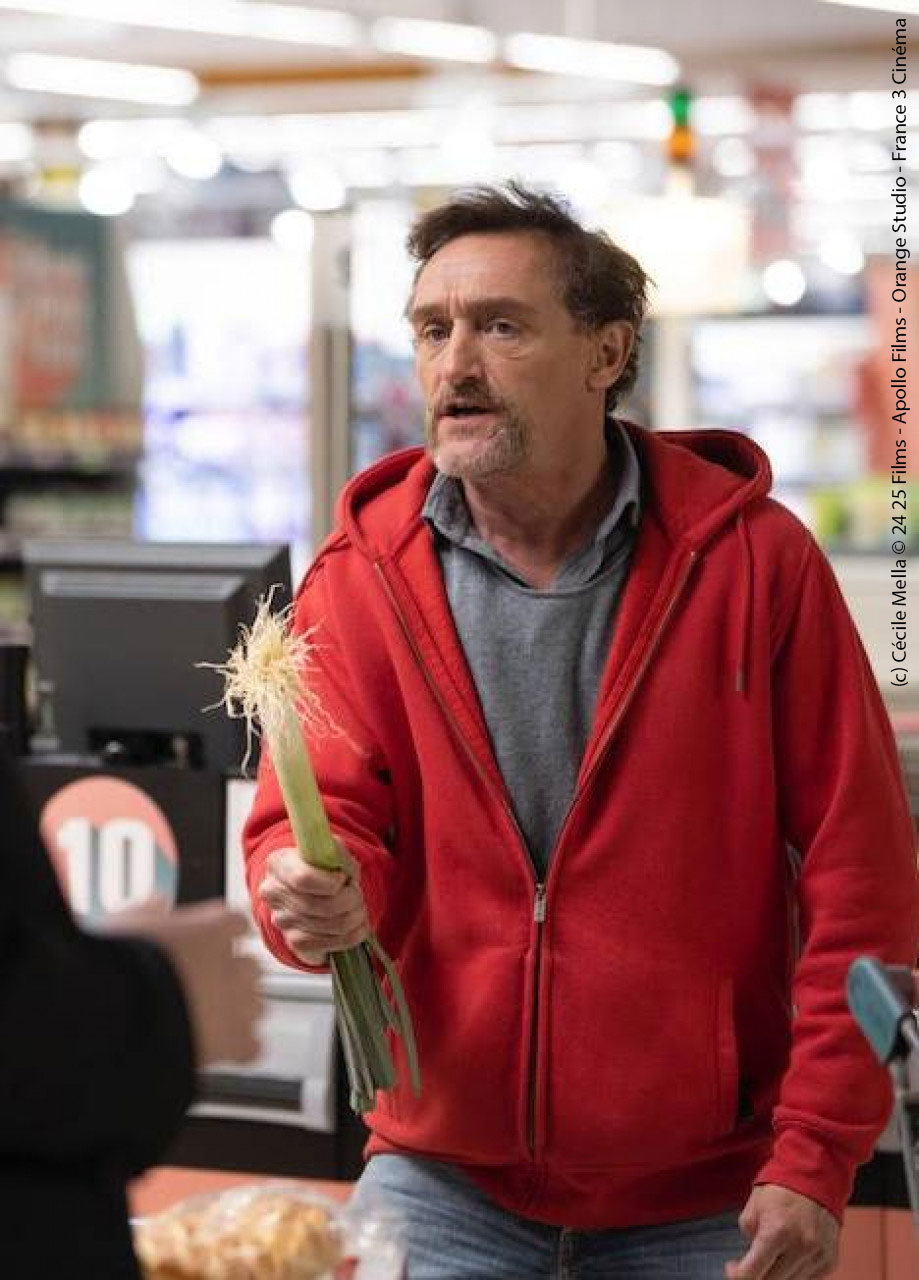 While running errands, Fabrice is horrified to find he's forgotten his shop coupon in another pair of pants at home. A leek in hand, threatened by a security agent, he chooses to flee. Fabrice is now a runaway, a dangerous man, public enemy n°1.

Fabcaro is on a roll ! After Le Discours (The Speech), now it's the turn of his cult graphic novel, an inextinguishable torrent of absurdity, to reach the screen. Transposing this nonsensical world where laughter describes human comedy and our alienating existence, was quite a challenge. With the complicity of the actors, led by the brilliant Jean-Paul Rouve, François Desagnat meets it with brio. All right, all together now: "You don't have your shop coupon, but you too dream of tomorrow".