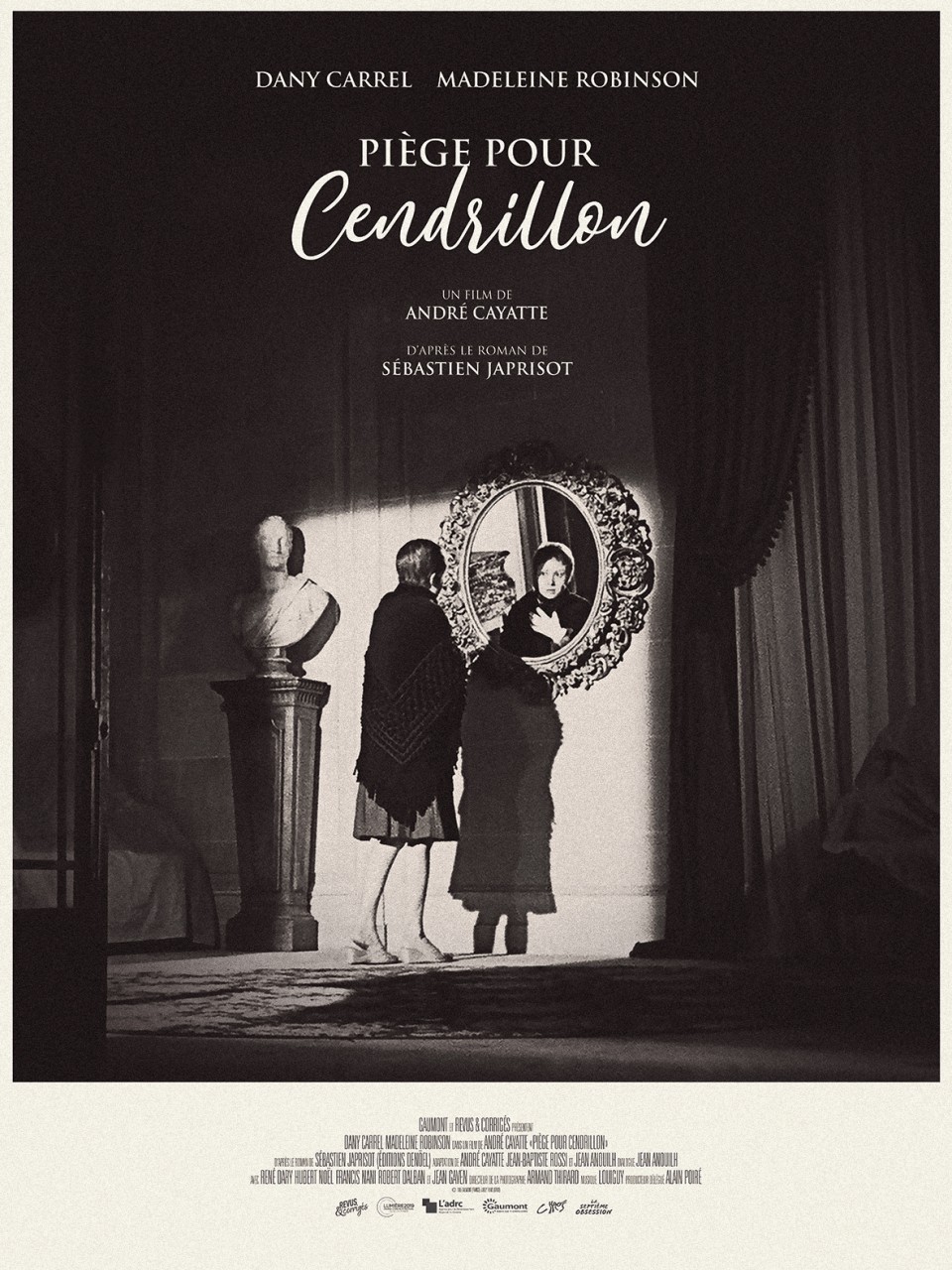 After a fire, Michèle wakes up in a hospital, her face reconstructed. Though people recognize her, she remembers nothing, not even her name. Totally lost, she sets off on a quest to find who she really is.

We probably have a flawed idea of André Cayatte's cinema, reduced to its last chapter with his Dossier de l'Écran type lecturing films, a TV program he actually worked on. His magnificent Trap for Cinderella, makes it obvious he needs to be rehabilitated. Adapting Sébastien Japrisot 's novel, he designs a machination plot filled with twists and turns, akin to giallo or Les Diaboliques. Yet the point is elsewhere, in the surprising psychological and social subtlety worthy of Duvivier. Trap for Cinderella transforms its heroine's identity quest into a tragic initiation, using a form much closer to Dario Argento's The Stendhal Syndrome than to the genre's archetypes. Interiors are locked in, night streets are scary and paint images of loneliness. Filmed in a dazzling black and white close to Polanski's Repulsion, Trap for Cinderella is a splendid melancholy drift among mirrors that reflect deceptive images. On top of being remarkably sexy, the mesmerizing Dany Carrel dominates the picture.