Fall of a body 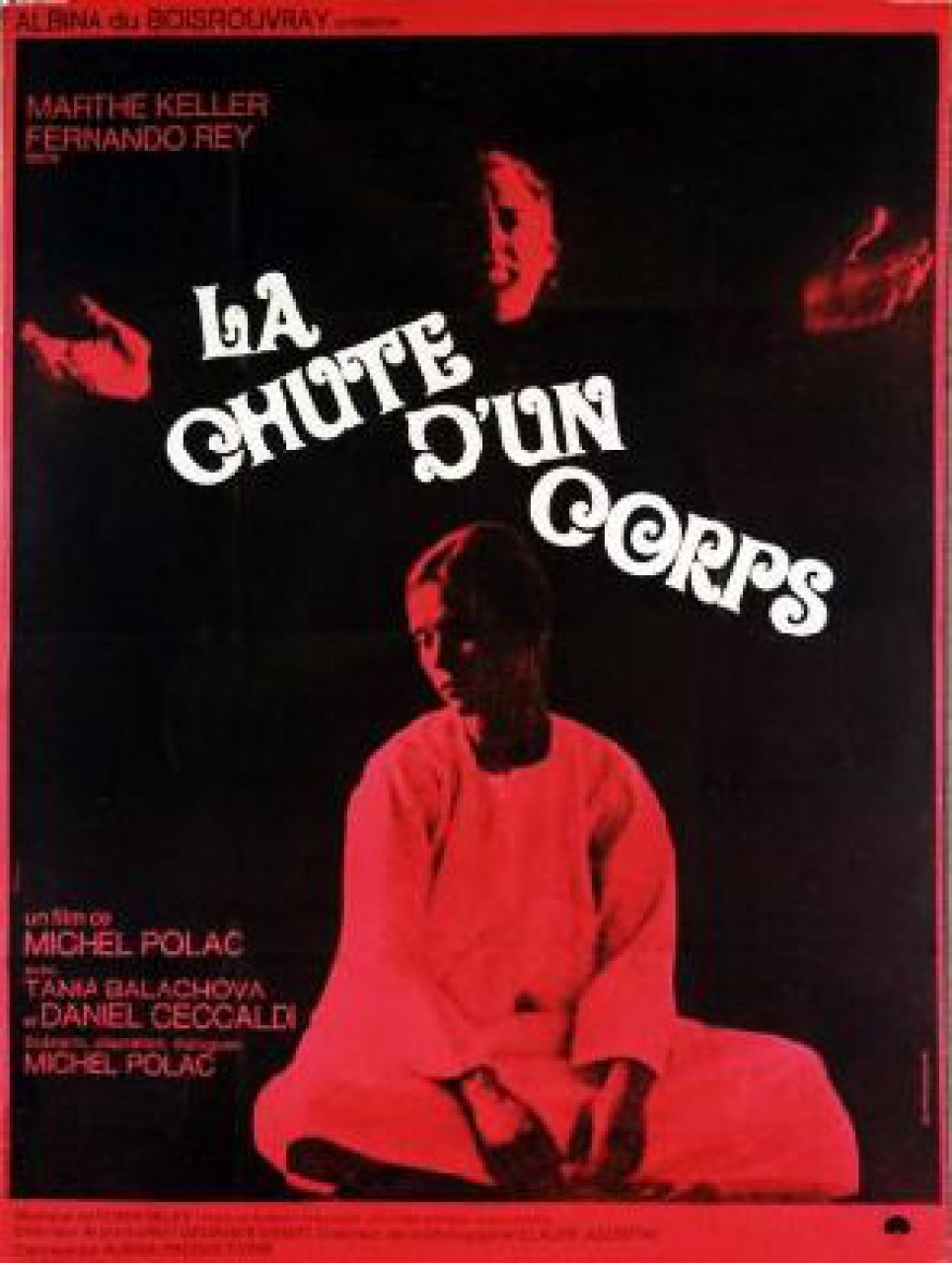 As she's taking advantage of her husband's absence with her lover, Marthe sees a young woman's body fall onto her balcony. Mr Nansot, her upstairs neighbour, convinces her not to call the police...

Better known for his appearances as a TV host, editorialist or talk show guest, or for his writing, Michel Polac also had a decade long filmmaking career. We owe him films like Un Fils Unique (The Only Son) in 1969, recipient of the George Sadoul Award in 1970. For La Chute d'un Corps, he called upon photographer Claude Agostini, who later worked with Annaud on Quest for Fire, and upon the very young Marthe Keller (Les Caprices de Marie, Chrysalis, Cortex).

Almost invisible for the last ten years, this film is probably one of the most disturbing movies about sects I've ever seen. It starts as a very serious psychological horror movie and then enters a far more existential and morally disturbing dimension. I've never seen other films by Michel Polac, mostly known as a great TV host and agitator in the 80s, but this unique movie with its hypnotizing form, is the work of a great filmmaker worth rediscovering.

Fall of a body