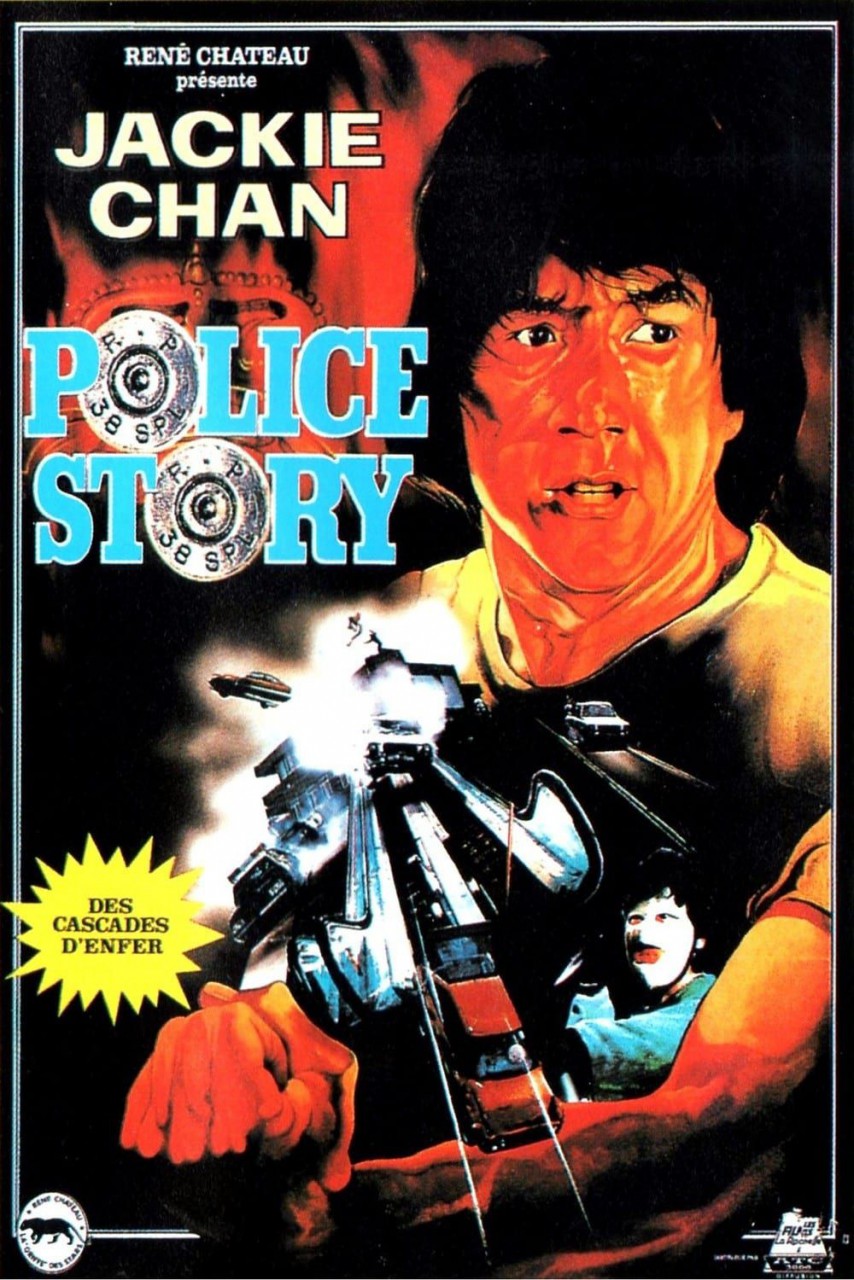 The fight between Hong Kong police and drug traffickers. Chan, a police agent, sets up a complex stratagem to force boss Chun Tu to commit a mistake.

Inspired by American cinema, Jackie Chan puts his model to shame and delivers a hallucinating film, that he considers his best action movie. A matrix for the genre, producing 5 sequels, a spin-off and hundreds of more or less copycat movies, that invaded neighborhood theaters and videoclubs. Hanging from a bus, breaking windows or mowing down slums with an automobile, Jackie Chan's stunts have often been copied but never equalled and remain totally insane.

There's no greater homage to cinema and its spectators than risking one's life for a good shot. This love of cinema is present in every frame in Police Story.