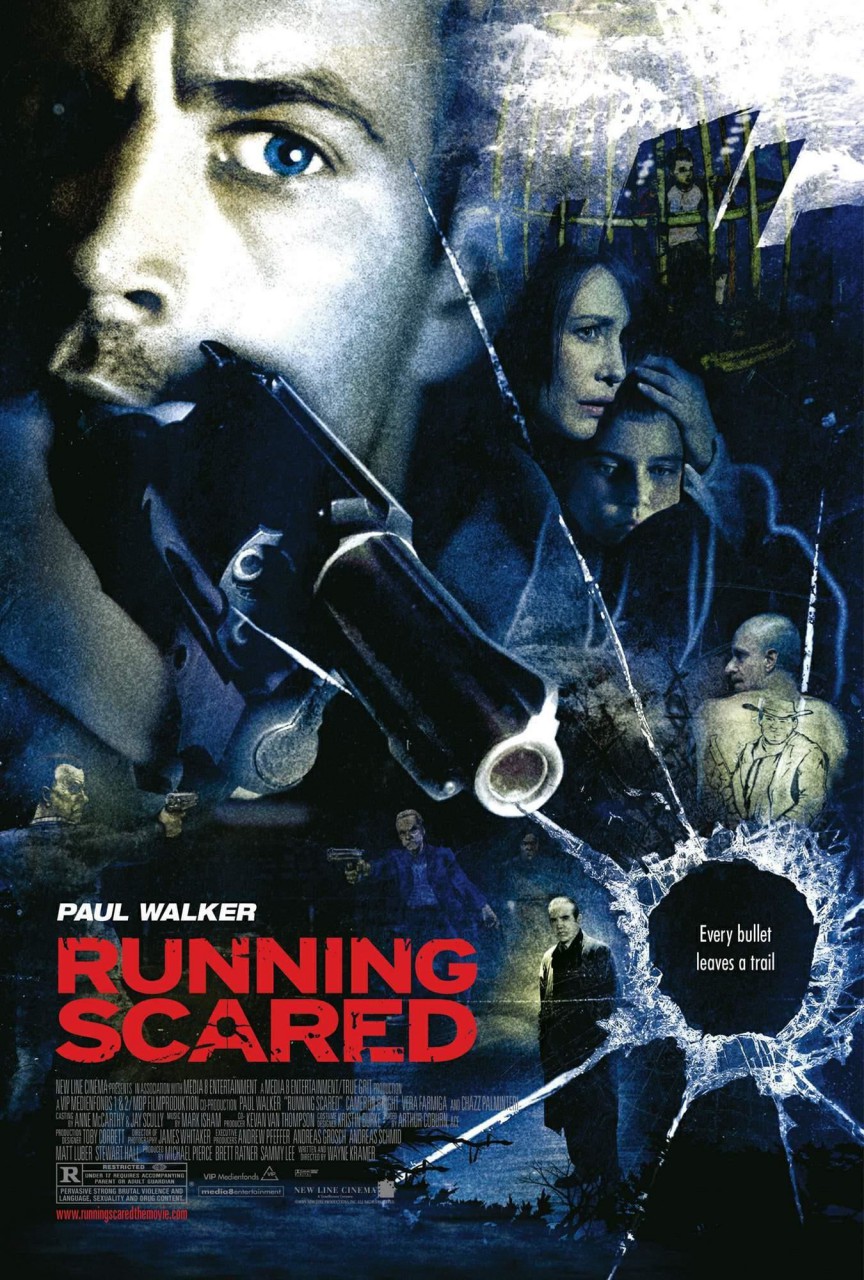 Some bent cops try to heist the loot during a drug transaction, but they're shot by the smugglers. Working for the dealers, Joey is missioned to get rid of the gun used to kill the cops, that could be traced to the killers. But a friend of his son's steals the weapon...

Director and writer of the supercharged Lady Chance, Crossing Over and American Stories, Wayne Kramer is a well known name by action movie fans, thanks to his directing and frantic stories with amazing moments galore. Running Scared is certainly his best film to date, and one of the most remarkable performances of the late Paul Walker (the Fast and Furious saga).

All the films in my presentation are from the 80s except this one, released in 2006 with no response whatsoever from critics and audience alike.

Blame it on the director, so South African Wayne Kramer quit film directing after four feature films. His first film Lady Chance, Jury's Prize at Cognac was prophetic : it told the life of a jinxed loser hired by the casinos to make players lose.

The second one is Running Scared, that I saw in an empty theater,  despite its great cast :  Paul Walker, Chazz Palminteri, Cameron Bright and Vera Farmiga...

It's a frantic deranged noir film, magnificently directed, superbly edited and acted. With two never before seen sequences : An ice hockey game shot in black light and especially a couple of suave pedophiles in their paradise for children that reminds of The 5,000 Fingers of Dr T.