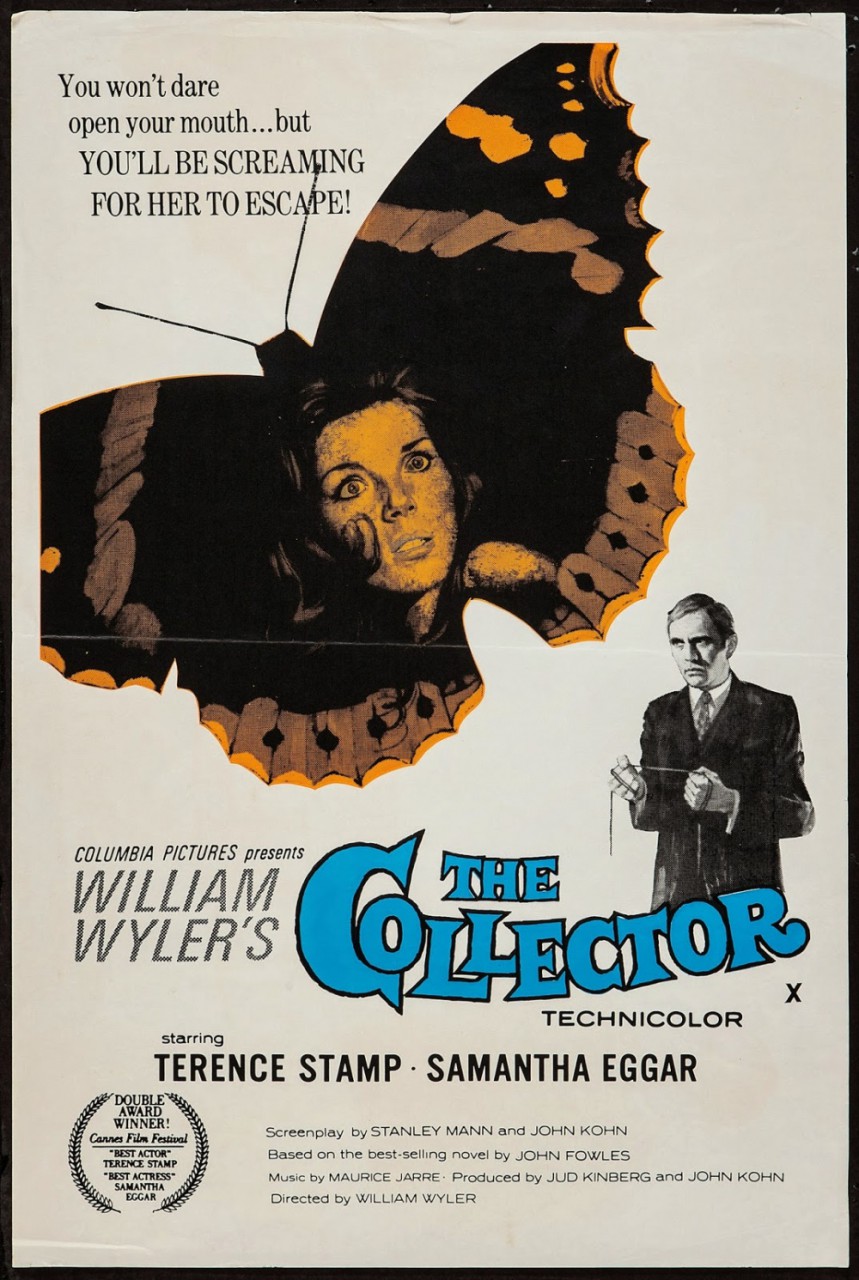 Mocked by his peers because of his passion for lepidopterophilia, a bank clerk becomes obsessed by a young girl he's spotted on the bus. He decides to kidnap her and hold her captive.

If History often limits William Wyler's career to his award winning Ben-Hur, or his solar comedy Roman Holiday, the filmmaker like several colleagues of his, fled Hollywood for a while to create a few more explicit and unconventional films in England.  A classic British serial killer movie, like 10 Rillington Place and Frenzy, furthermore improved by the talent of its two unknown young actors : Terence Stamp (Theorem, Superman) and Samantha Eggar (Chromosome 3).

The Collector is a film miles away from the same director's Hollywood sagas.

He chose to show two characters evolving in a huis-clos. In a concentrationary setting!

A young man compulsively and univocally in love tries to conquer the heart of the young girl he's set his sights on. By kidnapping her and keeping her captive.

And behaving with her as he does with the butterflies he meticulously and passionately collects.

If the film's starting point seems to be a simplistic allegory, but as the plot develops, it becomes more complex and subtle.

The director takes great pleasure in this jubilant confined story, like an entomologist. He rejoices in scrutinising his characters in an abnormal context.