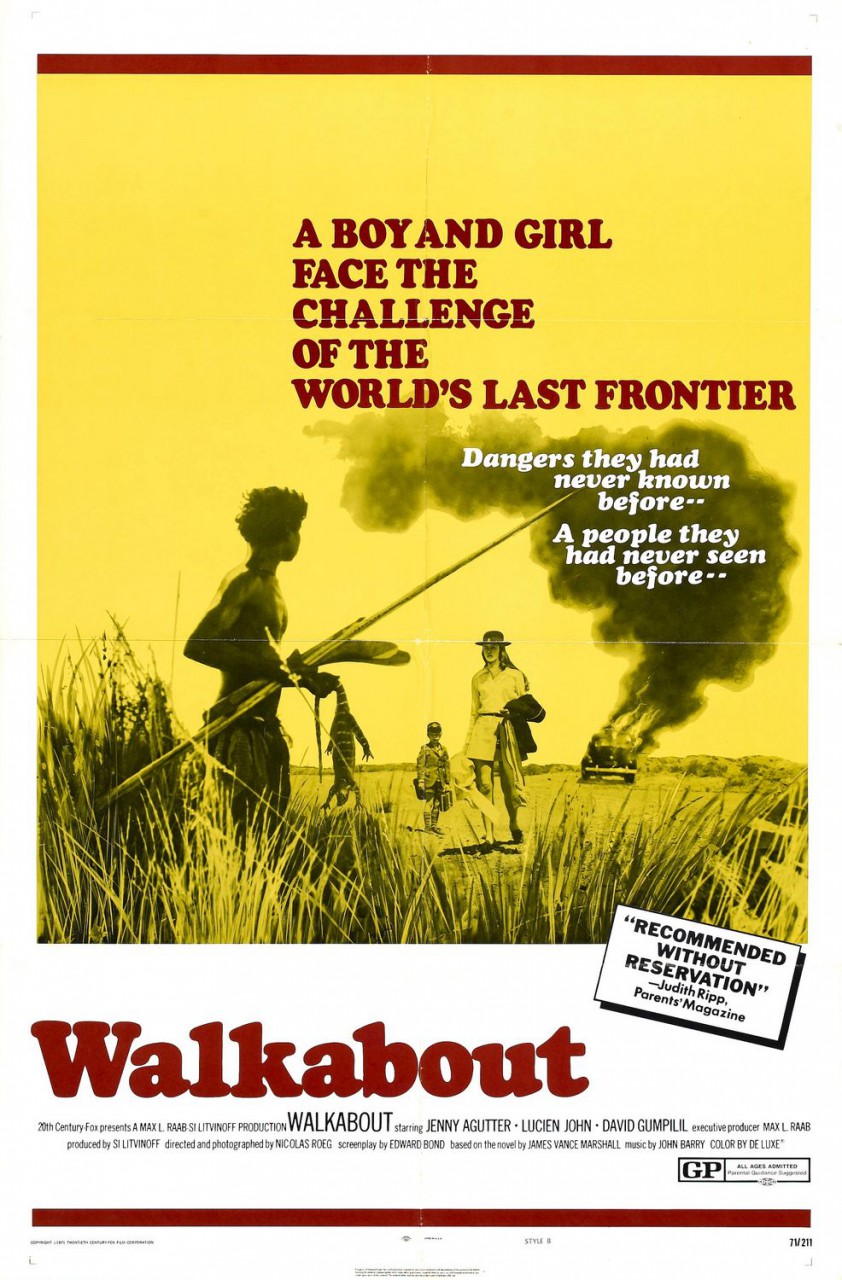 A teenager and her young brother, alone in the Australian bush, meet a young aborigine performing an initiation ritual. They choose to follow him.

One year after Performance, co-directed with Donald Cammell, and a brilliant prior career as a camera operator for Roger Corman and François Truffaut, Nicolas Roeg goes solo and signs the first masterpiece in a career not lacking of them (let's mention Don't Look Back,The Man who fell to Earth, Eureka as the most famous).  Masterly and hypnotic, Walkabout is a mystical and elliptical film with each vision revealing new perspectives. A good opportunity to see it again on a big screen !

I must have seen Walkabout in the late 70's growing up in rural Victoria Australia on television . I remember being transfixed by the beautiful David Gulpilil and Jenny Agutter and the fébrile ambience of their dance. The transformation of the young boy in a school uniform  into a dot-painted cosmic explorer.  I had no references for such a film.   Silent for the most or a one way conversation,and  yet it's  very much about communication on the deepest level. The image of the indigenous people ran at odds to what was being taught in schools at the time of its release in 1971. Repatriation was decades away.  That it was directed and shot by Europeans impacted enormously on the result. A beautiful embracing open-armed and sumptuous meditation. It still blows my mind.