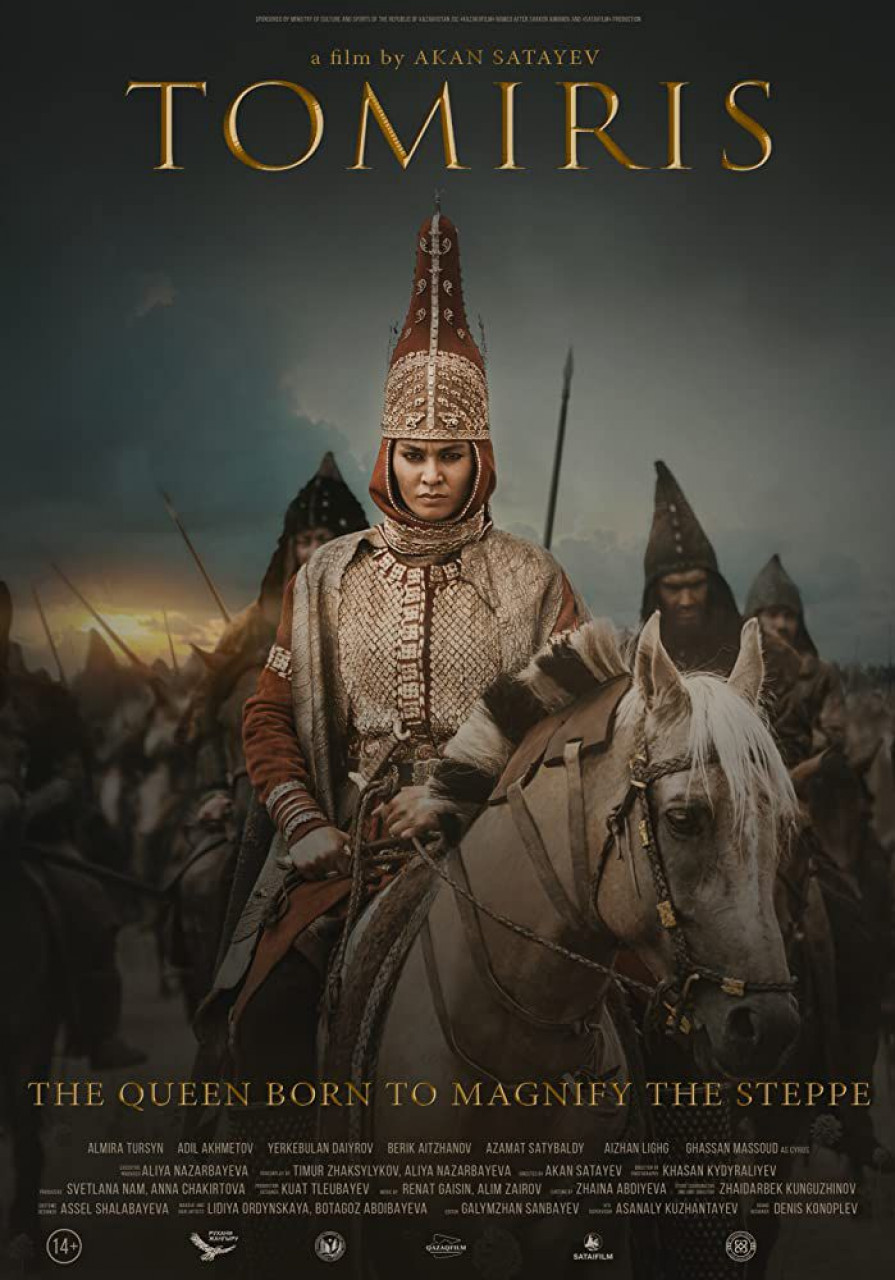 The true story of Tomyris, the great queen of the Massagetae in 6th century B.C. After witnessing the death of her kinfolk, she liberated her people from the tyrannical Persian empire.

Akan Satayev, who regularly acts as executive producer for Adilkhan Yerzhanov (notably for A Dark Dark Man, also in this year's competition), doesn't plow the same grounds, as he is more of an action film aficionado, with his tough thrillers, or also of epic humanist sagas like his Myn Bala in 2012. With its ninety three days of shooting and two and half years for post-production, Tomiris fits into the second category. It's inspired by Herodotus's manuscripts from 5th century BC, in which the historian chronicles the destiny of the last queen of the Amazons : she united the tribes of the steppes and defeated Cyrus the great king of Persia. Carried by its romance and the fury of history, Tomiris mixes entertainment and the fascination for an outstanding character, a strong independent woman, that many neophytes will discover. What a captivating heroine this formidable ruler was, what a clever strategist and unequaled warrior ! Truer than nature, Almira Tursyn, in her first role, steals the show whenever she appears on screen. This sumptuous dynamic Kazakh superproduction, never loses its wind and offers a novel change of scenery with its limitless horizons and singular costumes, be they sparkling armors or simple sandals. Embark on this thrilling  trip through faraway lands and ancient times.