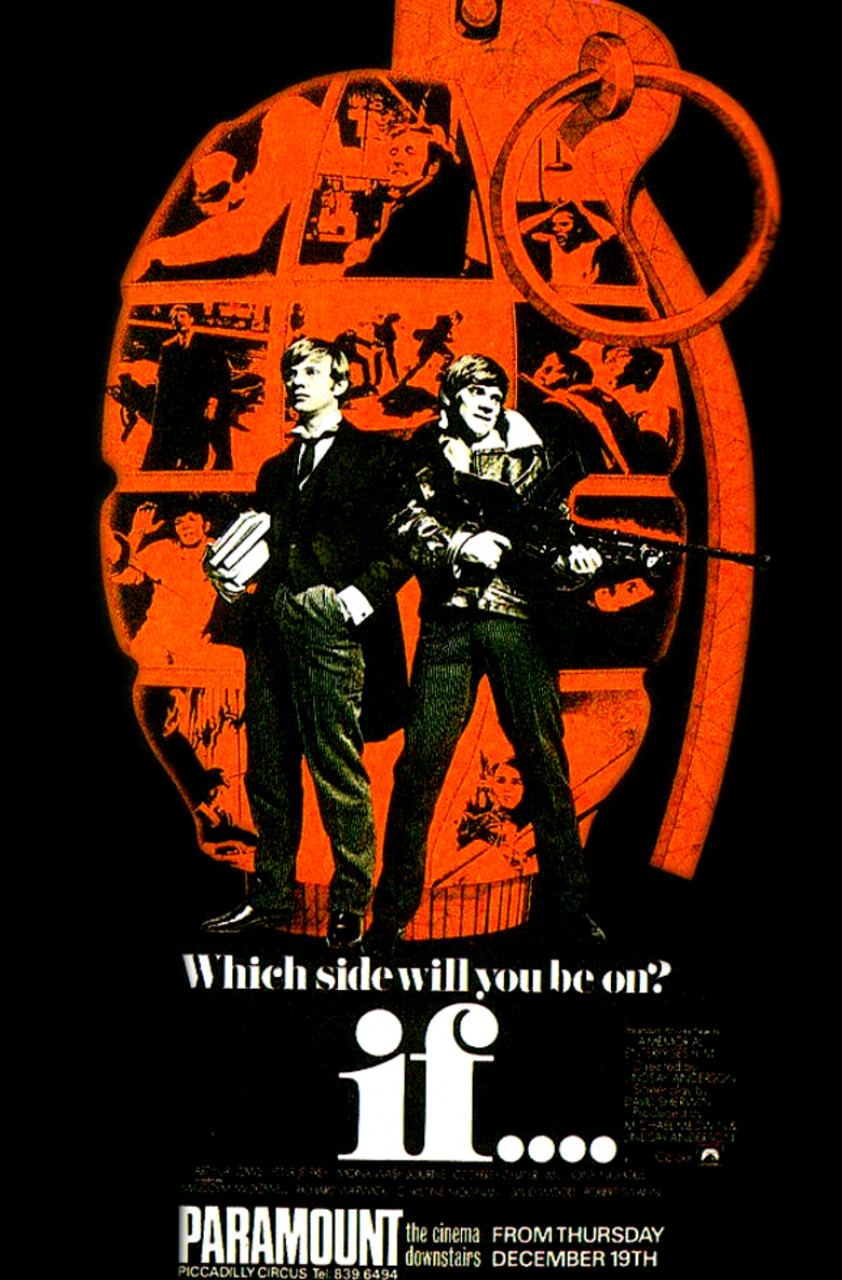 In a British school, English students rebel against the educational system and its iniquities, answering violence by violence...

Palme d'Or in Cannes in 1969, starting a trilogy with Malcolm McDowell as Mick Travis, If…. is probably co-founder of Free Cinema Lindsay Anderson's most emblematic work. Symptomatic of the student contestation that saw its high point in France in 1968, it's infused with juvenile anger sublimated by dark farce and the absurdity of the parable. In the final 1982 installment, this great anarchist filmmaker will reverse the process, as the elite hides inside the Britannia Hospital while chaos reigns outside: rebellion can no longer be contained.

Anarchy ensues at an uptight English boys boarding school. Anderson blows it up with his satire of an insurrection - As the students take on the hypocrisy of their privileged upper class establishment - (Boris Johnson’s home ground). A young Malcolm McDowell gears up for Alex in ‘A Clockwork Orange’. Experimental, sexy, irreverent, savage and brilliantly cut.