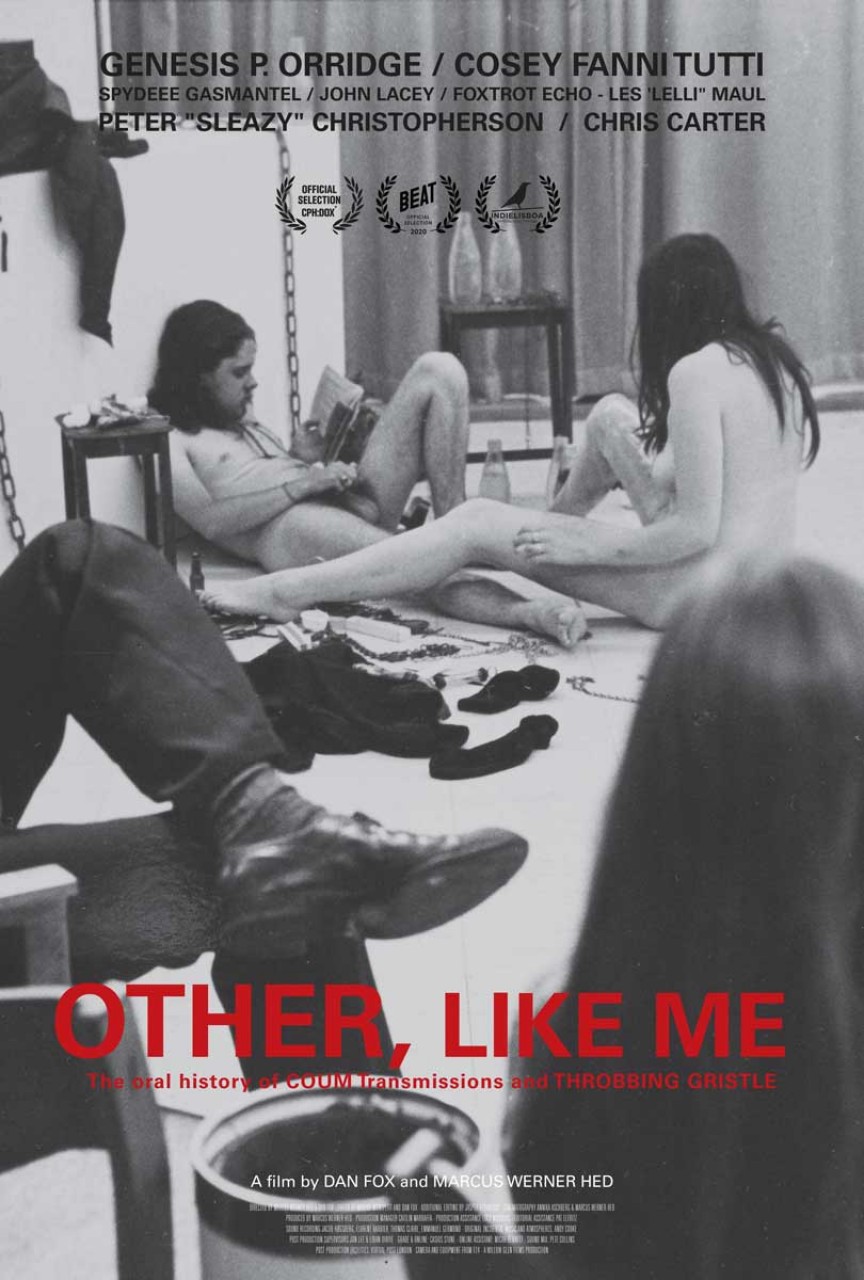 The long-awaited documentary about the story and creation of Throbbing Gristle as told by its members themselves. Legendary pioneers of industrial music, they've been actors in the British conceptual scene since the late 70s and left a strong imprint on several generations of musicians all over the world.

With these exclusive testimonies, Marcus Werner Hed and Dan Fox take us into the UK under Thatcher, the birthplace of a nihilistic avant-garde and counter culture movements that broke all taboos by using pornography, self-mutilation, entanglements of violent images and chaotic sounds. With Throbbing Gristle, an experimental noise band that brought the performances of COUM Transmissions to a wider audience, Genesis P-Orridge et Cosey Fanni Tutti explore the esthetics of chaos so far as to have been described by a British tory as "destructors of civilisation". Is anything more dangerous than culture?