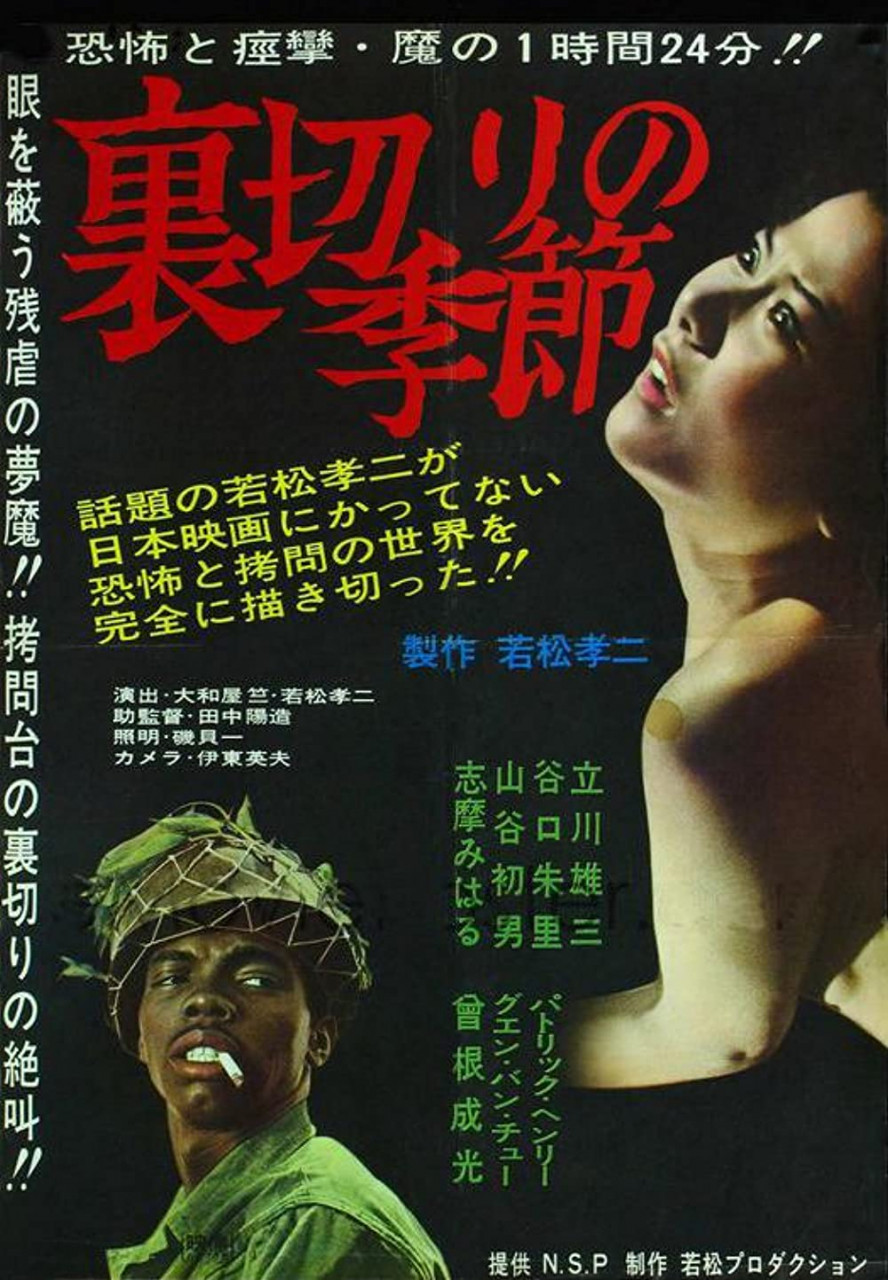 A Japanese war photographer sent to Vietnam returns home after losing his friend and colleague on the battlefield.

This first film by Atsushi Yamatoya as a director coincides with his departure from Nikkatsu to join Wakamatsu productions. Co-written with Masao Adachi, Season of Betrayal stands as the exploration ground for three major players of Japanese counter-culture. Even Wakamatsu considers this film exemplary: "When I saw it, it was a true revelation. With this film he succeeded in questioning the entire cinema grammar and the way films were made. I wanted to direct a film of that scope and it became The Embryo Hunts in Secret."